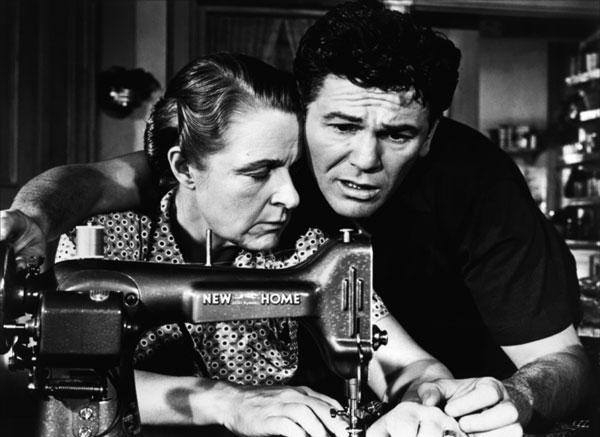 'He Ran All the Way'

Aug. 4
Innerspace
In this 1980s gem, Dennis Quaid is a test pilot in a miniaturization experiment who gets injected into a paranoid grocery store clerk (Martin Short) and the two go on the run from arms dealers out to steal the shrink-ray tech. Joe Dante’s Fantastic Voyage homage doesn’t have his usual scathing look at American culture (see The ‘Burbs or Gremlins for that), but it’s inventive and hilarious, packed with terrific special effects. –Matt Lynch

The Affair: Season 1
This gripping Showtime series turns an extramarital affair into one of the more unpredictable and addictive offerings on cable. With shifting perspectives, a barrage of secrets and surprising twists, nothing is what it seems on The Affair. It features great acting—plus McNulty and Rawls (Dominic West and John Doman from HBO’s The Wire) reunite in this joint. –Spenser Hoyt

He Ran All the Way
In one of the most important late-era noir films (and one of the hardest to see), John Garfield plays a desperate robber on the run who takes shelter in the apartment of Shelley Winters, holding her and her family hostage. The home-invasion noir subgenre takes on special significance here since Garfield, director John Berry and screenwriters Dalton Trumbo and Hugo Butler were blacklisted by the House Un-American Activities Committee by the time the film was released in 1951. –Mark Steiner

Aug. 11
The Knick: Season 1
In this Steven Soderbergh period medical drama, Clive Owen stars as a brilliant doctor in 1900 New York with a major cocaine habit. He’s working double-time to advance the era’s crude medical practices. Knickerbocker Hospital, where he’s chief surgeon, explores the physical, social and economic conditions of the time. Gruesomely authentic in its surgical details and full of darkness, it’s an engrossing show that lends a modern feel to a historical setting. –Spenser Hoyt