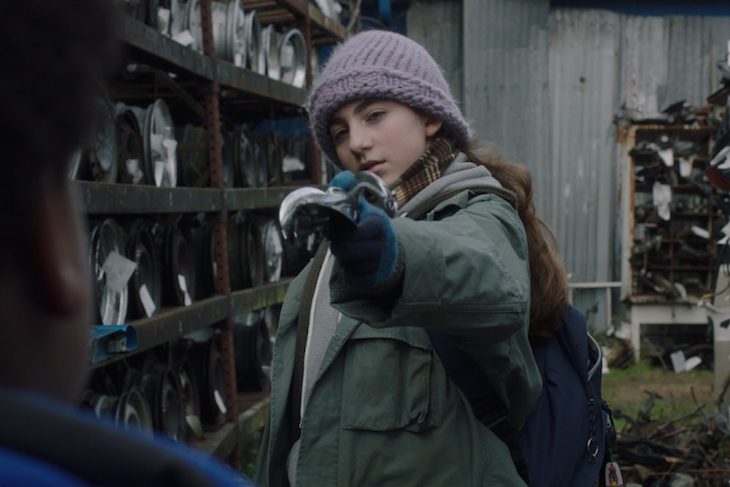 The well-worn paths of traditional film distribution are becoming less and less traveled, particularly among smaller independent films. These films still tour the festival circuit, screening at Sundance, SXSW and other festivals, only now they’re less likely to get acquired by industry giants like Lionsgate or Warner Bros., who handle distribution. Instead, the rise of streaming services means films can get narrower deals with platforms like Netflix and Amazon, without ever getting a theatrical release.

As a result of these changes in the industry, some enterprising indie filmmakers are getting creative about getting their movies seen. Among them is the team behind Sadie, the latest narrative feature from writer/director Megan Griffiths, which premiered at SXSW in March. In May, Sadie inked an SVOD (subscription video on demand) deal with Amazon to stream on its platform—while retaining its theatrical rights—and the team behind the movie, including Griffiths and producers Lacey Leavitt and Jennessa West, is using those Amazon resources to increase the film’s visibility.

“The Amazon deal is wonderful, and we are so excited to have the film in so many homes and grateful for the bonus,” West says. “We’re reinvesting every penny by putting it into marketing in order to shoot the moon with the release.”

As the film continues to play film festivals (LA, Port Townsend), Sadie’s team is working with a grassroots group of experts on a targeted theatrical run and a “discussion tour” at colleges and in smaller cities with a built-in interest in the film’s themes. (Sadie is about a 13-year-old girl who lives with her mom while her father serves in Afghanistan.) The film opens in theaters Oct. 12, including Seattle’s Northwest Film Forum and Olympia’s Capitol Theater. The digital release will follow.

As the Sadie team figures out how to chart their release, they’re looking to be transparent about their experience. Inspired by other films that have recently pulled the curtain back on their processes, costs and personnel, they’re documenting what they’ve learned on the film’s website. “We’re going to show you our hand,” West says, “show you what we’re up against, so that you’re not thinking that all we’re doing is showing up on the red carpet and looking fabulous and everything is great and money is raining down. That’s not the truth of the situation.”