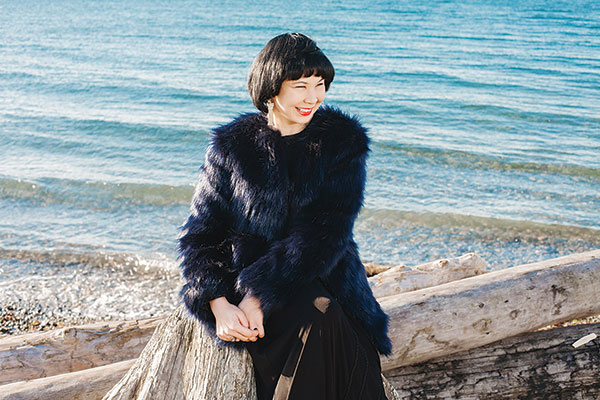 “When I was in New York working for a nonprofit that designs high-quality housing for the homeless, I was living in a pretty illegal tenement just to get by,” says S. Surface. “It was ironic, but it’s one reason I became committed to architecture.”

Surface is a curator, designer, community organizer, writer and lecturer. They studied photography at Parsons and architecture at Yale, worked as a preparator at Tacoma’s Museum of Glass, designed dioramas at the American Museum of Natural History and researched architecture, planning and preservation at Columbia University. Last month they spearheaded an online resource for building safety in the wake of the deadly fire at Oakland’s Ghost Ship warehouse.

“Nothing about us without us has been a guiding principle in my practice,” Surface says. “The idea that to design well, something has to be driven by those who will be most affected by it. Hopefully this is not simply aid, but solidarity.”

Surface was born on the Fort Lewis military base to a retired military father and a mother who worked as a janitor. Growing up in nearby Steilacoom, Wash., Surface was a young devotee of art and music, photographing bands that came through Tacoma and Olympia as a teen. At 17, Surface was one of the youngest organizers at Ladyfest, a music and arts festival for feminist and women artists. After living on the East Coast for a number of years, they returned to the Pacific Northwest in 2014.

“I wanted to move toward events and civic engagement,” Surface says. “It seemed like Seattle was a good place to work in design, a good opportunity to do just that.”

Shortly after arriving in Seattle, Surface became a curator at The Alice in Georgetown, a two-year-old gallery, founded by artists Julie Alexander and Julia Freeman, that hosts community meetings and provides resources for artists, in addition to mounting regular exhibitions.

“The Alice is really curatorially collaborative and free-form, with a focus more on research and text-heavy content that appealed to me,” Surface says.

They also served for the past two years as program director at Design in Public, an organization that builds relationships between designers, city leaders, businesses and the public to push Seattle to the fore of innovative design. Among its projects is the six-year-old Seattle Design Festival, where attendance jumped from 10,000 to 30,000 during Surface’s tenure. In December Surface stepped down to focus on curating.

Surface is also organizing three 2017 exhibitions outside The Alice, including a show at SOIL Gallery (featuring photography from Surface’s bull-riding days at Yale), and multiple major exhibits in New York City.

“I’m thinking a lot about balance,” Surface says. “How to rapidly address circumstances in the moment while at the same time having a long-lasting effect, considering how curatorial spaces can be public, inclusive spaces—literally physical places where people can gather.”