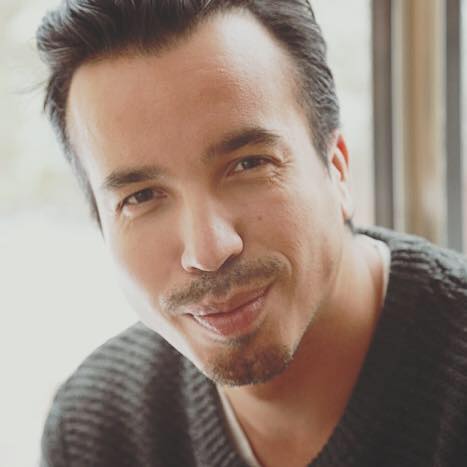 Rodrigo Valenzuela is pleased to be back in Seattle. This city is where the artist escapes the daily siren song of the ice cream truck passing his hot LA studio, where he finally gets to walk places, no longer trapped inside his car.

“I put in 40,000 miles last year,” he says, smiling warily, his eyes squinting in the harsh sun, so out of character for Seattle. This past year, he drove from Los Angeles to Memphis, Kansas, Dallas, Houston and Seattle, working in different studios and setting up gallery shows.

Almost exactly one year ago, after a Seattle tenure that included solo shows at lofty institutions such as the Frye Art Museum, Valenzuela moved to the City of Angels. Recently, he was appointed an assistant professor in photography at the acclaimed UCLA Arts school. That’s a big deal.

Since graduating from the University of Washington with a degree in photomedia, Valenzuela—who first studied in Chile and spent his first years in the U.S. illegally working in fields like construction—has been all over the United States, as has his work. Currently, his work is on view in New York and the respected Aljira Center for Contemporary Art in New Jersey. In Seattle, two of his videos are part of a striking group show about labor and immigration at Greg Kucera until July 15, and three of his earlier videos are on view in the group show Untold Passage at Jacob Lawrence through Aug. 18.

This week, Valenzuela is back in Seattle to open an exhibition of video work he curated, Closed Quarters, now on view at Seattle University’s Vachon Gallery through Sept. 29. We talked with Valenzuela about the artists in the show and his current projects, and had some real talk about the Seattle art world.

What is Closed Quarters about?
The concept’s pretty simple: It’s a show with video work of three artists that I personally know and greatly admire. All of the work is set in a domestic environment but deals with different themes. Kenneth Tam makes intriguing work that’s both pervy and personal. It makes you very aware of your own body through the way he puts his body in his videos, in this case by inviting a person from Craigslist into his house to co-create a video—but it’s apparent that this person wants something else. How do you negotiate that? Zachary Fabry negotiates something different with his performance art, asking questions about who the real audience is, and to whom he’s offering his body, a black body, and his nakedness. Both Tam and Fabry talk about masculinity, but with Shana Hoehn’s work, the show goes beyond that. Her work addresses intimacy and tenderness in a capitalist IKEA-world filled with clutter that will never be truly yours.

How do those themes connect with your own work?
I feel touched by Kenneth Tam’s honesty, and I think my approach is similar: It’s raw, and I let things happen. Usually what happens is that I get myself in trouble. The beauty of art is how to get out of it.

Overall though, I wouldn’t say the show directly relates to my art. I just love other artists and want to learn from them, enrich my world view. Even now that I am a professor, I’m very self-conscious about my limitations. I only want to present works by artists I consider more talented and smarter than me. That’s the only guideline for my curatorial practice. It’s also important for me to bring these artists to Seattle, the place where I found my place in making a lot of art. Consider me the young guy going up to his older brother with a stack of CDs saying: “I discovered these great artists! I’m not saying I really get them, but I want you to know them.”

Many people know your photo work and videos. How has your work been evolving lately?
Right now, I’m painting. It’s a parody and really beautiful at the same time. I’ll be showing them at Expo Chicago later this year. I’m also planning a show dealing with the sculptural qualities of barricades that I hope to open at Upfor Gallery in Portland, in New York and in Monterrey [Mexico] all in one week. It’s a photo series with replicas of barricades used in protests, where the makeshift materials, such as bicycles, can be read like words in a poem. I am also working on a project about internships as free labor, and how this system benefits people that are already ahead.

How does it feel to be back in Seattle?
Seattle is home. It’s the place where I come to recharge, hang out with other people, step out and away from the studio—if I don’t, I end up working 15-hour days. It’s not a healthy lifestyle. But, I’ve lived in L.A. for a year. The time has come to put down roots. I’ve had my name on an apartment lease, the first time in over four years. That feels like the rootiest I can get for a while.

You won’t be moving anywhere else soon?
That would be hard now that I’ve got this teaching position at UCLA. A dream job! Imagine: teaching at the same school as Andrea Frazer and Barbara Kruger, that’s kind of mind-blowing. I’ll be surrounded by stellar scholars, all so much smarter and more successful than me. Also, it’s a public art school, so it’s aligned with what I believe in. I don’t want to teach at a place of privilege.

How do you like LA?
LA feels like the perfect average between Seattle and Houston: West Coast hipness mixes with a city where you have to drive a lot, that’s very money-driven. But I like it. Art-wise too. My gallery is facilitating meetings, taking me to more art fairs, making sure I meet new people and get curators from museums to visit my studio. You know, I’ve been getting more studio visits there in the last six months than I ever got in Seattle.

Did museums end up buying your work? Any big solo shows we need to look out for?
Things are still secret. What I can tell you about is a talk I’ll be giving at the Hammer Museum in October, my first public thing in LA. The Hammer is a great museum, with excellent programming. They are doing what the Henry [Art Gallery] in Seattle,  also a university art institution, should do but never quite does: staging a lot of contemporary shows, with different rooms for artist residencies or project space for young artists. It tells us a lot that the project room at the Henry is the lobby. I’m not saying the Henry needs to invite more young artists, but at least make room for people to play around. This is what I’m trying to do with Closed Quarters: bring artists that are never shown here to the Pacific Northwest. I feel like people need to know them. I mean, there’s almost no video art here. To me, that says a lot about the relationship of the city with money, and the way art is seen here.

Is that why you moved away?
I left for different reasons. My galleries in LA and Portland urged me to move, and I was also returning from a two-year residency in Houston, not finding any teaching work here. I think you can be very happy in Seattle as an artist. The city can be a refuge for a young artist—for a while. There are a lot of good artists here, but they need more exposure. For me, I have always been thinking about what else was out there. I moved from Chile to Montreal, to Boston, Olympia and Seattle, and then LA. I was always curious. I thought, There must be somebody like me somewhere else.

Are you still looking for it?
Not really. I found a nice community of people in Houston, Seattle, New York and LA. Seattle is still a home for me. I would love to also have a gallery here, show work to my friends, make my mentors proud. But I’ve realized that if I want to be part of the scene here, I have to curate.