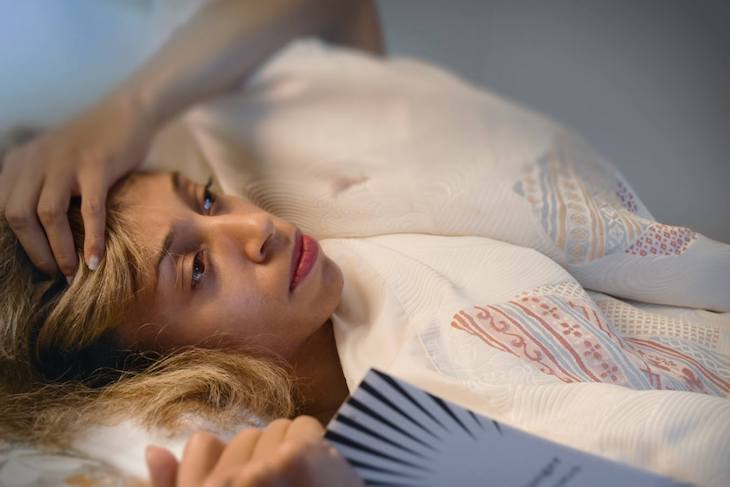 In late July I observed a dramatic shift in my newsfeed. More and more people locally and around the globe were sharing emotionally provocative media and talking about escalating racial tensions—a shift in sentiment following police killings of people of color, mass shootings and a growing awareness of a system that tolerates so much brutality. I was feeling an emotional crescendo. Something had to be done.

So I launched a modest social media experiment called Reparations, hoping to restore my faith in humanity. Reparations was initially a Facebook Event Page where the well-meaning could become the well-doing. I imagined a space wherein people of color could make clear their immediate needs, while also opening the door for others to kinesthetically experience the value of leveraging their privilege. Requests initially ranged from help building a chicken coop to offers for skill sharing, advocacy, self-care and material support. Within 72 hours, the concept invoked by this social experiment had connected with people all over the world.

Digital engagement is a passion of mine. I’ve been using social media to bring people together for 10-plus years, through projects such as Miko Kuro’s Midnight Tea, which uses time, tea and technology to create Genuine Encounters, to Red Lineage, which allows people of all ages and backgrounds to reimagine themselves as part of the human family using poetry.

Humans are social animals. We just need more practice caring for ourselves as a community. In communities people look out for each other. We trust each other enough to survive together. We can ask for help and we can joyfully provide it.

That was my hope for Reparations. The reality turned out to be much more nuanced and dynamic. One man, on dialysis since 2010, asked for help with some bills and, almost as an afterthought, a kidney. Minutes later his estranged sister sent me a private message, saying she’d learned of his health problems via the Reparations page, and was going to see if she was a match.

User experience is important for projects involving digital engagement. As requests and offerings poured in via Facebook, it became more and more challenging for participants to connect—the feed was moving too quickly. So I built a sister website, www.reparations.me, and made offerings and requests searchable by keyword, city and category.

I had no idea I was about to be the target of so much anti-Black racist hatred.

The first wave of backlash came in the form of an InfoWars piece with the sole function of galvanizing its readership’s allergic reaction to the word “reparations.” InfoWars corralled uninformed White Supremacists from around the world, and hate-filled messages rolled in by the hundreds. I was doxxed and harassed on Facebook. I was asked if I was trying to start a race war. Um, no. Can I live?

Not shockingly, this negative attention brought even more media coverage and soon, my life as an obscure artist was over. A solid month of of television, radio, online and print media followed, each leading to more reactions, many of them missing the point. I persevered because my exhaustion, my feelings, my own challenging circumstances did not compare to the collective need for healing and repair. It didn’t take long for 14-hour days spent at a computer with take-out for dinner to become the norm for me and my kids.

“Fuck you, you half-breed n-. No one alive owes you shit, you stupid c-. Kill yourself, you fucking ignorant, self-righteous, racist c-.” By the time I received this email, four days after the project launched, I was more offended at the “half-breed” assumption than anything else. I mouthed the words “full-breed thankyouverymuch” and kept it moving. I had work to do.

The Troll Slayers and The Shrine of Asshats followed. The former is a diverse group of people who make donations every time a troll posts a racist comment and the latter a public place to witness the very real and contemporary racism lobbed at those involved in the Reparations project.
Through all of this, my social media feeds remain in clear harmonic unison: Things. Are. Not. OK. It is not OK that a 23-year-old mother would be shot and killed in front of her five-year-old son. I cannot keep pretending to be OK. I use the hashtag #NoChill on Facebook as I try to describe the frayed experience of being in a body like mine in this country at this time. How can I feel safe here under these circumstances? I cannot pretend to be anything other than a Black woman, a mother of two children, trying to survive physically and emotionally during a time of apparent crisis.

It is especially challenging to be OK when people don’t realize that claiming “Whiteness,” rather than an ethnic or cultural heritage, is claiming superiority. It is violence that can be measured. Whiteness, a social construct, a strategy, only serves the purpose of creating oppression. It is inhumane to claim “White” in a time when people are insisting that Black Lives Matter.

For people who identify as “White” to feel powerless to affect today’s sociopolitically charged climate seems irresponsible to me. Is power intersectional? Can you claim a power position and feel powerless at the same time? If you are powerless as I am to becoming the next woman dead, then you are motivated on a visceral level, as I am, to make substantive positive change for yourself and others.

If we can do better for each other, maybe we should.