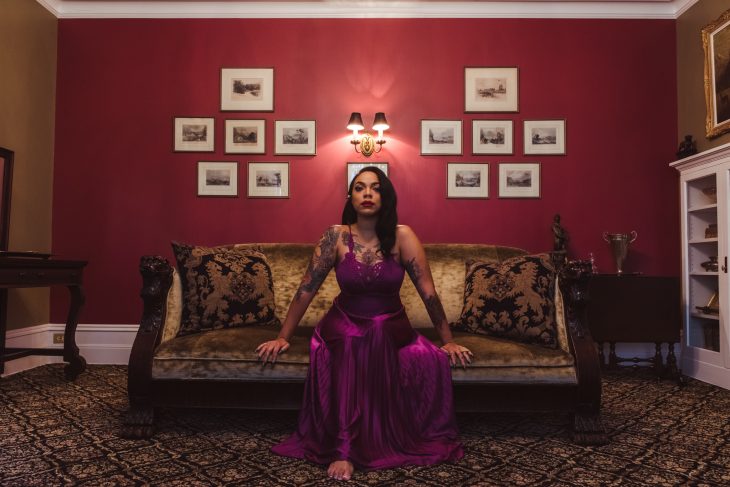 Interview with a Witch

Magic-curious? Is getting stoned and having a chat with a witch on your bucket list? Lucky you, Goodship brings Bri Luna, founder of The Hoodwitch, to its latest iteration of Higher Education. Luna—who’s garnered a massive Internet following thanks to her ensorcelling aesthetic and emphasis on bringing intention to daily life—will share her story and show you exactly what a 21st-century magic practitioner does. —Amanda Manitach
Melrose Market Studios

A reporter (Jean Sorel) lies on a slab in the morgue in a cataleptic near-death state, attempting to sort out his faux-murder. Aldo Lado’s terrific 1971 thriller—equal parts Giallo, Hitchcock, film noir and WTF psychedelia—is the latest screening in the Film Forum’s Terrore Giallo series. It’s a great gateway into the sub-genre, with a bang-up final reel to boot. —Tony Kay
Northwest Film Forum

Pie & Whiskey: Writers under the Influence of Butter & Booze

Town Hall presents Kate Lebo and Samuel Ligon sharing their new anthology, Pie & Whiskey: Writers under the Influence of Butter & Booze—a collection of literary work from writers like Jess Walter, J Robert Lennon, Kim Barnes and ML Smoker. Lebo and Ligon host the night of readings, along with several contributing authors and enough whiskey and pie to turn it into a true reading party.
Washington Hall

After two decades of shows and recordings (Carissa’s Wierd, S) Seattle’s favorite sad bastard Jenn Champion is finally succumbing to the gloom and relocating to sunnier climes. But not without leaving us with the ultimate Dear Johanna letter of a full performance of her 2014 album Cool Choices. There will be feels. Childbirth, Mirrorgloss and Val Nigro also perform. —Dan Paulus
Chop Suey

A great play’s relevance changes over time, rather than calcifying as the world in which it was written vanishes. Lanford Wilson’s Burn This, about a group of young ’80s New Yorkers struggling in the wake of a friend’s death, is one such play, hugely imperfect but universally human. Theatre22’s production is sensitive and thoughtful, and left me with a lot to think about. —Gemma Wilson
12th Avenue Arts

The latest iteration of literary-musical mash-up event Bushwick Book Club Seattle takes inspiration from Lindy West and her hilarious/poignant/insightful/etc. memoir Shrill; musicians create original music inspired by the book, and I can’t wait to hear what that sounds like. West will kick off the night with some in-person remarks, followed by a performance from Seattle Girls Jazz Band. Should be fun/inspiring/beautiful/etc. —Gemma Wilson
Royal Room

I’ll be in the company of great artists, performers and speakers this Friday and Saturday at ACES. This two-day POC-led event is packed with panels, workshops, performances and art, with keynotes by Nikkita Oliver and Paul Rucker. Do your brain and eyes a favor and come out to take in excellence. —Barry Johnson
Seattle Center Armory Lofts

This is the Place Anthology Launch

What is the role of “home” in our lives? What even is a home? How does that relate to the lives of female-identified people? This collection of 30 essays written by women addresses issues such as gender equality, sexual and family violence, homelessness, the environment and poverty through the concept of home. Contributors include Kate Lebo, Jane Wong, Maya Zeller, Tara Conklin and Claudia Castro Luna. —Sarah Galvin
Elliott Bay Book Company