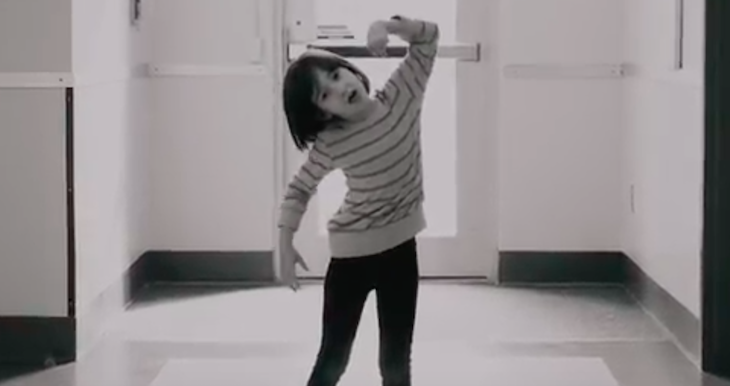 Here’s a friendly reminder about the nature of our modern world: Shit is fucked (shortened for everyday use to SIF).

To really drive the point home, we’re both reluctant and proud to premiere the new video from Real Don Music, aka the post-hip-hop/electro-soul project of Kirk Huffman, that prolific musician formerly of Kay Kay and His Weathered Underground, Wild Orchid Children, and, from ancient times, Gatsby’s American Dream. “Duck Kid Duck” plays like a nightmarish allegory peopled by demonic children, callous adults and one shamed old man attending the most anxiety-provoking day of school ever. Like a car crash, it’s hard to watch but impossible to turn away from.

“Kirk told me about discovering his son ‘playing’ 9/11 using Legos to fly planes into buildings,” director Steven Miller says of the clip’s inspiration. “We talked about how children can internalize and interpret violence in naive ways. The lyrics are hard to make out but they’re about state-sanctioned violence, be it high school football injuries or the deaths of every unarmed black person killed by the police.

“Kirk then directed me to read The Lottery by Shirley Jackson, where townsfolk sacrifice one of their own for no rational reason,” Miller continues. “The parallels to today’s society were obvious and I was left with the odd task of making a fun video about children and violence.”

He enlisted Alan Sutherland, the actor and psychedelic butoh master who once spent four hours buried in dirt onstage at On the Boards during Saint Genet’s 2013 performance ritual Paradisiacal Rites, to play the symbolic part of the suffering old man. Apparently Sutherland likes this sort of thing.

Miller and the team did a commendable job with this truly uncomfortable video—a visual translation of SIF backed by Real Don Music’s impeccably funky soundtrack.