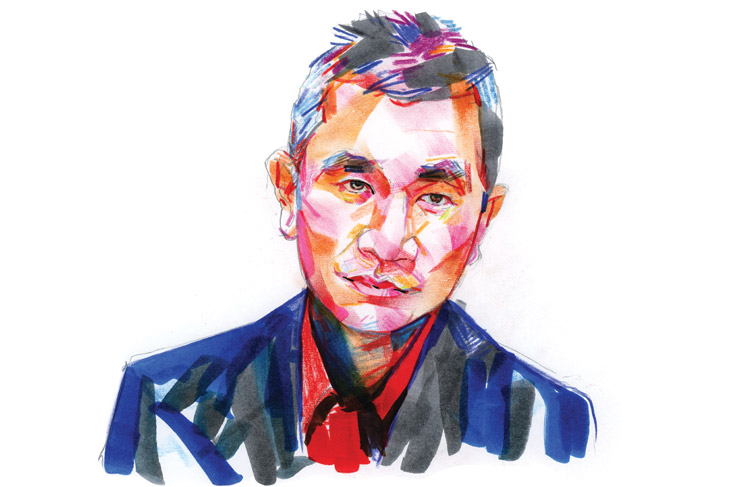 In addition to a sly, charming stage presence and a voice like sandpapered silk, actor Ray Tagavilla is known for regular appearances with Café Nordo, Gregory Awards for A Small Fire and The Last Days of Judas Iscariot with Sound Theatre Company and for landing a coveted spot in ACT Theater’s 2017 Core Company.

What show are you working on this fall?
Reckless* at Strawberry Theatre Workshop. It’s about creating a new sense of self when you’ve lost the self you’ve always known. About homelessness and privilege. It runs Sept. 6–Oct. 6 at 12th Avenue Arts.

What do you wish civilians knew about your job?
Please don’t eat anything loud while we’re up there performing for you. I’m nervous enough as it is and if you’re opening plastic or loudly chewing then I can’t picture you naked to calm myself and that’s a problem.

Best (or worst) advice you ever got:
Best: You should act.

Worst: You should act. (I have terrible—and it’s only getting worse—stage fright).

Artist you think everyone should know and why:
Valerie Curtis-Newton. Amazing director. No bullshit, no nonsense. She’ll take you to where you need to go, just trust her. She taught me how to be comfortable in my skin and to respect the mental process of creating a character while not ignoring your instincts.

Your weirdest survival job:
Security. I worked it for about a decade and eventually became a supervisor in high-rise buildings. People tend to forget you’re there and I heard all kinds of weird conversations but more importantly, I got to people watch. I’ve played so many characters over the years that have been amalgams of people I’ve seen and interacted with on a day-to-day basis.

Seattle show you will remember forever:
Our Country’s Good at Theater Schmeater. It was my first show there and I met Seattle actors I would work with again and again. We opened three days after Sept. 11, 2001.

My one wish for Seattle is:
Seattle needs to vote more.