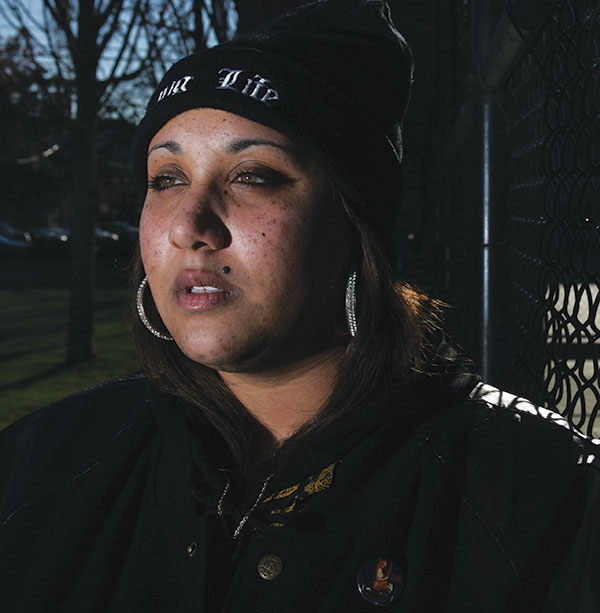 When she was nine years old, Gabby Kadushin used to walk from Montlake Elementary School to her Central District home and write raps about the girls she didn’t like. She memorized radio songs after two listens and spent Mondays, Wednesdays and Sundays in church, where her mother sang in the choir. Throughout her childhood and teens, she soaked up the power of East Coast female MCs like Queen Latifah, MC Lyte and Bahamadia. She rode around in cars pumping Bay Area legends like Mac Dre and E-40. Outside of church, Michael Jackson and Tupac were her religious icons.

In 2012, Kadushin, 22, released her first EP under the name Gifted Gab (formerly Gift uh Gab), Queen La’Chiefah, and emerged a fully-formed composite of her influences: Her wall-to-wall, classicist flow combines a combative, unrestrained love of self, codeine-dipped blunts and West Coast lingo with an unflinching acknowledgement of death and those she’s lost. Her influences inform her style, but they don’t stunt her scope; she can take the stage alongside her peers as well as she can open for her idols. She’s the self-possessed female among the many dudes in her crew, Moor Gang, Seattle’s answer to the Wu-Tang Clan.

On “My Life,” she glides from the voluble declamations of her verses to the ’90s-tinted R&B of the chorus. With equal, icy verve she brags that she’s “snatching mics like she’s Kanye” and scoffs that if Jesus “was what he says he is, my mother still would be here.” Kadushin’s first full-length album is nearing completion and the new year looks to be just the place for her old soul.