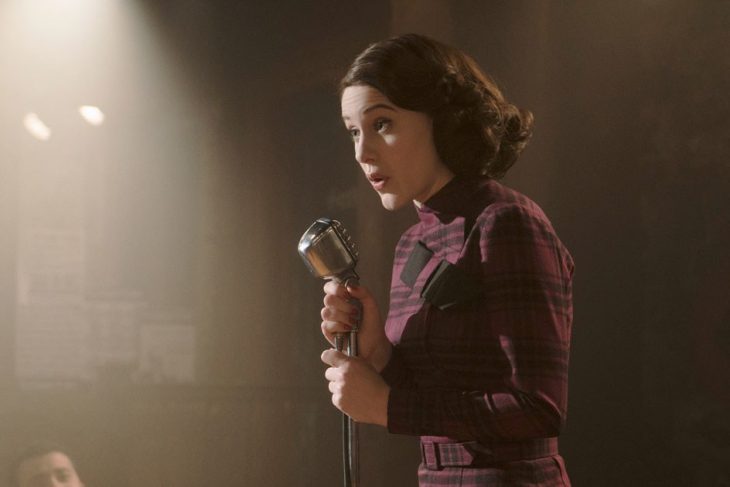 I have a confession to make: I’m a standup comic who generally avoids all books, movies and TV shows about comedians. I haven’t always been this way; when I first started doing standup I lustily lapped up every bit of media about it I could find—how-to guides, memoirs, podcasts, blogs—as a form of aspirational consumption. I was attempting to leverage any information I could glean into the sense that I, too, was a participant in this art form.

But those days are gone. The well-worn tropes of standup comedy are played out to me now: the glories of killing and the horrors of bombing, the struggle to find one’s voice; the comic as heroic truth-teller, as sad clown, as hopelessly neurotic but triumphantly individualist joy-bringer. After 11 years of chasing the dream in every venue from downtown theatres to Puyallup roadhouses, I’m done mythologizing standup. It’s a craft that’s enabled me to pay some bills and project my creativity and sensibility onto the wider world, but it can also be a shitty, demoralizing way to make a living. The trappings of my craft have been drained of their magic for me. I still delight in telling jokes onstage, mind you—I’m just not inclined to watch a movie or TV show about how the sausage gets made.

Against this conflicted backdrop, my wife recently recommended I watch The Marvelous Mrs. Maisel, an Amazon series produced by Amy Sherman-Palladino, creator of Gilmore Girls. It’s about a divorced, Jewish, moneyed Manhattanite mother of two who stumbles into the burgeoning world of standup comedy in the late-’50s/early-’60s. I am pleased to report that it has slipped past my self-imposed prohibition on comedy-about-doing-comedy.

In the first episode [warning: pilot episode spoilers ensue] Midge Maisel gamely supports her husband’s comedy dream at famed Greenwich Village demimonde nexus the Gaslight Café. Ever the dutiful wife, she even bribes the guy running the open mic with homemade brisket to get her husband an earlier spot (note to aspiring comics: this would probably still work). She then discovers that her husband is a joke-stealing mediocrity and a philanderer. One drunken, impromptu foray onstage at the Gaslight later—plus a trip to jail for public indecency in a squad car with Lenny Bruce—and Midge begins her faltering journey to comichood.

Sherman-Palladino has staged the show brightly and briskly as befits its Father Knows Best era and uptown-girl-in-a-downtown-world milieu. But it is fueled by something dark and volatile, concealed within the vivacious and voluble Midge: female rage.

When she watches her husband bomb with stolen material while knowing, deep down, that she’s a hundred times funnier and more likable than him, we sense the rage even before she does. Her future mentor, the butch bartender Susie, senses it too—she’s a walking embodiment of that rage. It builds with every slight and trespass we witness against Midge, from the fascist beauty standards and gender roles she enthusiastically embodies to the casual paternalism that oozes from every man and internally-oppressed woman in her life, until it explodes volcanically onstage.

The bygone comedy world of The Marvelous Mrs. Maisel doesn’t have much in common with how the standup sausage gets made in 2017—which is to its credit—but it does fully resonate with the current discussion around feminism and inclusion. It offers a fanciful, nostalgic look at showbiz as seen through a feminist sensibility in the act of discovering itself, sprinkled with knowing winks and jabs at the audience. Mrs. Maisel has a current analogue in another throwback series, HBO’s The Deuce, in which a dawning feminist awareness emerges among New York sex workers in the early 1970s. If The Deuce is The Wire of female rage, Mrs. Maisel is the Broadway show.

Mrs. Maisel manages to sneak past my embargo on comedy navel-gazing by doing one simple thing decisively: changing the point of view. It’s amazing how effectively a shift in perspective—both of who is being portrayed and how—can make some of those seemingly tired comedy tropes ring fresh again. Nearly every other movie or series I’ve watched about comedians, from Funny People to Maron, has presented the POV of a middle class hetero white dude. That’s my avatar, and even I’m tired of it, so I can imagine others are as well. We root for Midge because we see the whole intractable matrix of misogyny and disempowerment she must rise above before she even sets foot onstage.

Here, finally, the comedian-protagonist isn’t just some average dude with basic feelings who yearns for fame and a hot girlfriend. The stakes are higher, the obstacles more real, more systemic. A righteous fury smolders under the surface, erupting here and there with new comedic possibilities and flashes of recognition. As every woman in my life assures me, that rage isn’t going anywhere anytime soon, so it’s great to see how it’s capable of reviving and recontextualizing overfamiliar worlds to say new things. I say rage on.