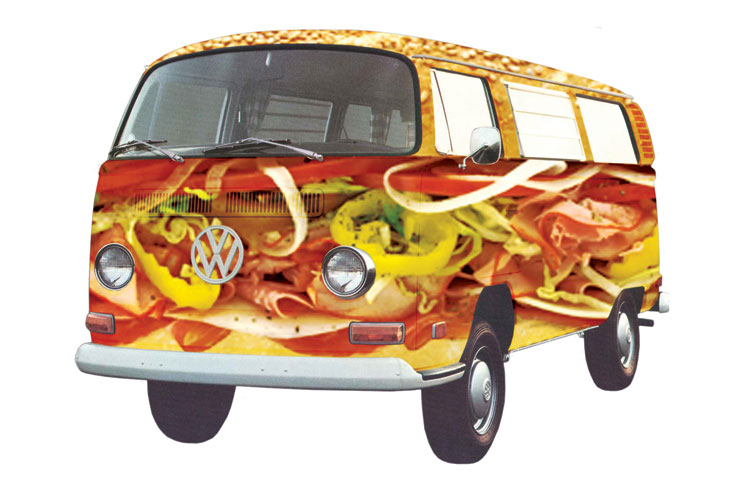 No matter who you are, a time will come when you’re denied something you want, whether it’s a scholarship, a fulfilling romance or a VW bus painted to look like a giant hoagie that some jerk in Kansas scooped up on eBay at the last minute. Sometimes life can feel like a forced march of rejection and defeat. But you can turn it into a foxtrot of victory with a little bit of willpower and creativity.

The main thing you must do is rewrite your life-script. Let’s say yet another publisher has turned down your dolphin-coming-of-age novel and you’ve given up hope of ever seeing it in print. Don’t sit around thinking of yourself as “a failed author who wasted five years of his life on a stupid book no one will ever read.” Get proactive! Go do 100 pushups. Now do 100 more. Then another 100. Keep doing pushups, day after day, until you eventually become “the failed author with the yoked arms,” and then, finally, “Joey Pythons.” If anyone ever asks what happened to that novel you were writing, just smile, peer over the top of your shades and say, “Joey Pythons has no idea what you’re talking about.”

Or how about when you finally get up the nerve to ask out that cute barista you’ve been trading glances with for months, only to find out that he’s married and celibate and also in a cult. Don’t be deterred! Secretly take a picture of him and use biometric facial recognition technology to find someone online who looks like him. Arrange to have his “twin” come to the coffee shop and make out with you. The shock of seeing “himself” locked in passionate embrace with you should provide a clarifying moment that compels him to abandon his wife, his cult and his vow of abstinence. Note: Do NOT start dating the doppelgänger—that never pans out.

Samuel Beckett once wrote, “Fail again. Fail better.” That’s probably his most famous quote, which is sad. Instead of being remembered as a brilliant, Nobel Prize-winning playwright with great hair, he’ll forever be known as “Fail-Boy.” Unless you want to be another one of history’s Samuel Becketts, you must refuse to let failure define you.

Now burn this article and forget you ever read it.