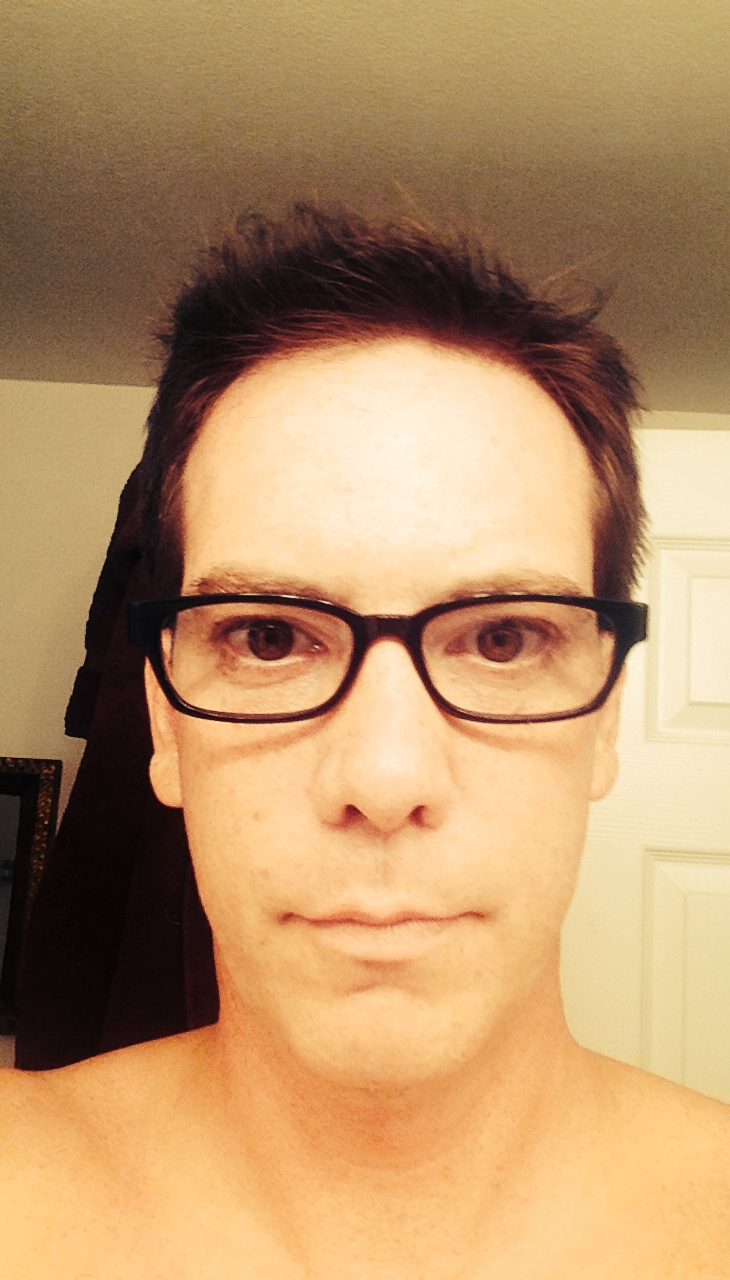 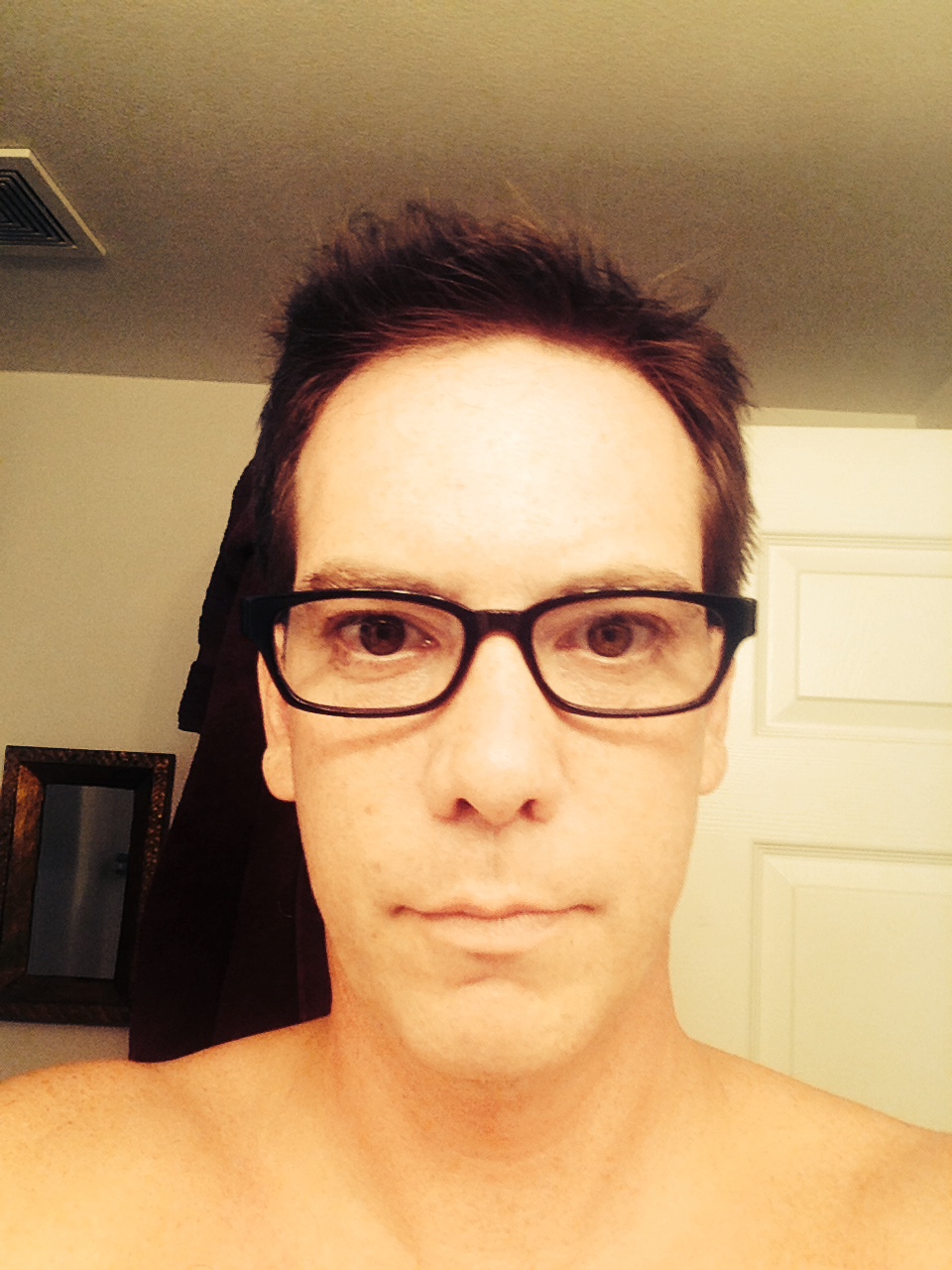 Look at this guy’s face. He looks like he would be funny, right? It’s just that type of face. It belongs to Brooks McBeth. Longtime Seattleites might recognize him from his work as a cast member on Almost Live! Along with a handful of other alumni from that show he moved to LA, where he worked as a staff writer for MADtv. Currently, he’s fellow Almost Liver Joel McHale’s full-time opener, and he appears regularly in commercials and movies.

This weekend McBeth returns home to film his new standup special at the Triple Door. I asked him a few questions over instant message, and he answered them from his mom’s computer.

Welcome back from LA. How’s it feel to be home?
Feels wet. But welcoming. Very happy to be back. 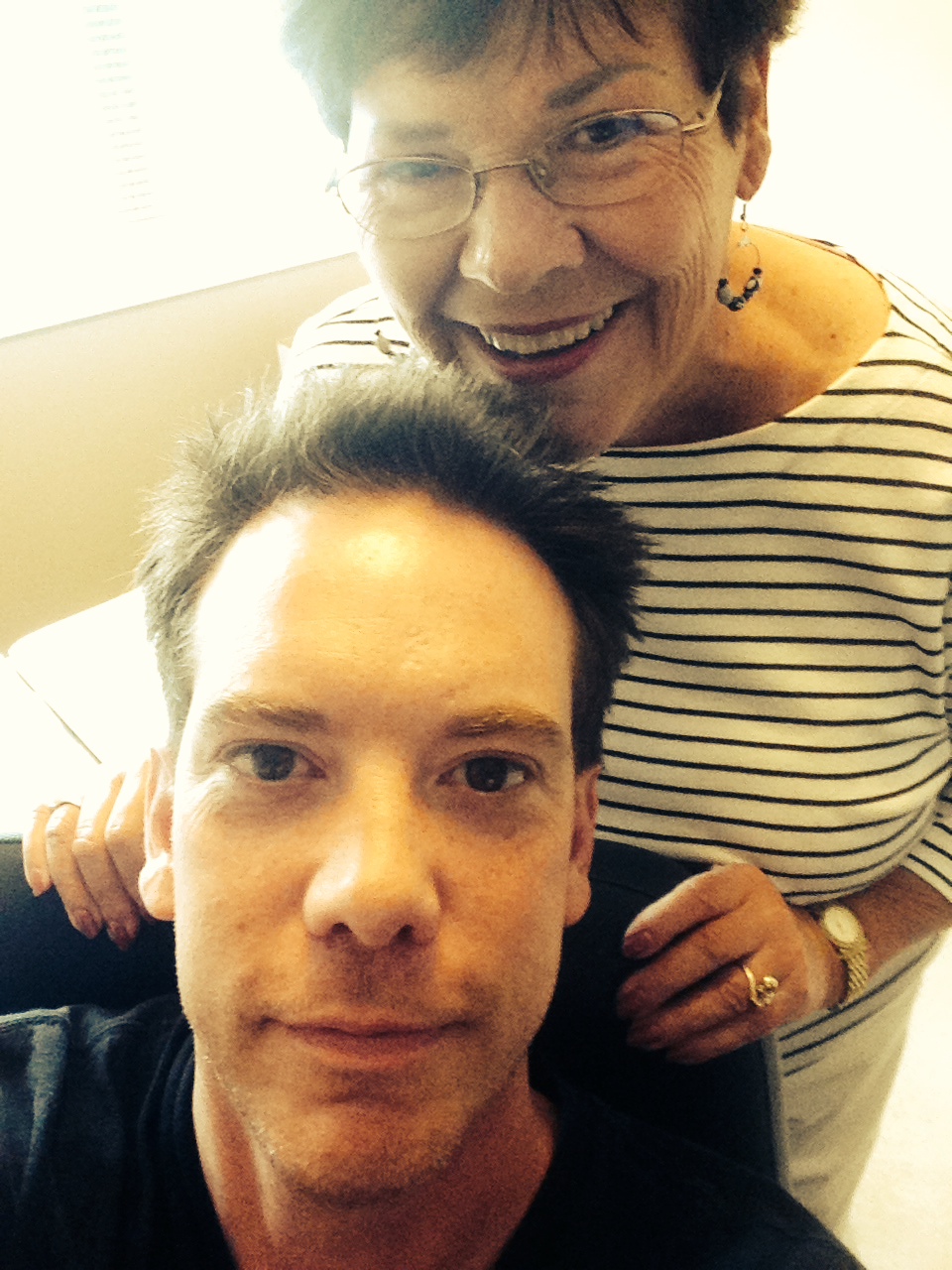 Your website bio says you’re from Seattle but we all know you’re from Renton. Are you ashamed of your roots?
Hell no! Okay, a little. No one seems to know where Renton is-it sounds tougher when I say I’m from Seattle. People are like “Man, he’s gangsta.”

You worked on Almost Live, which did a lot of regional humor. What is the most ridiculous town or neighborhood in the Seattle area, and why?
I happen to love Kent and Buckley. Those are two easy ones. Enumclaw makes the list for the simple fact that people don’t even take out their chewing tobacco to eat. (That’s a joke-my girl totally does if I ask her).

I’m partial to Fremont because it has a sense of “anything goes.” Oh, that’s just Naked Jim, he’s running for Mayor. Looking good, Naked Jim!

You do a lot of acting work in commercials. You once played “Nose Hair Guy” in ads for Norelco. How did you prepare for that role?
I did a 10-month intensive study where I actually lived in a cave shaped like nostril. I gained 70 pounds for the role.

Seriously though, they were like, “Be goofy and trying hard to succeed,” and I said, “Done and done!” 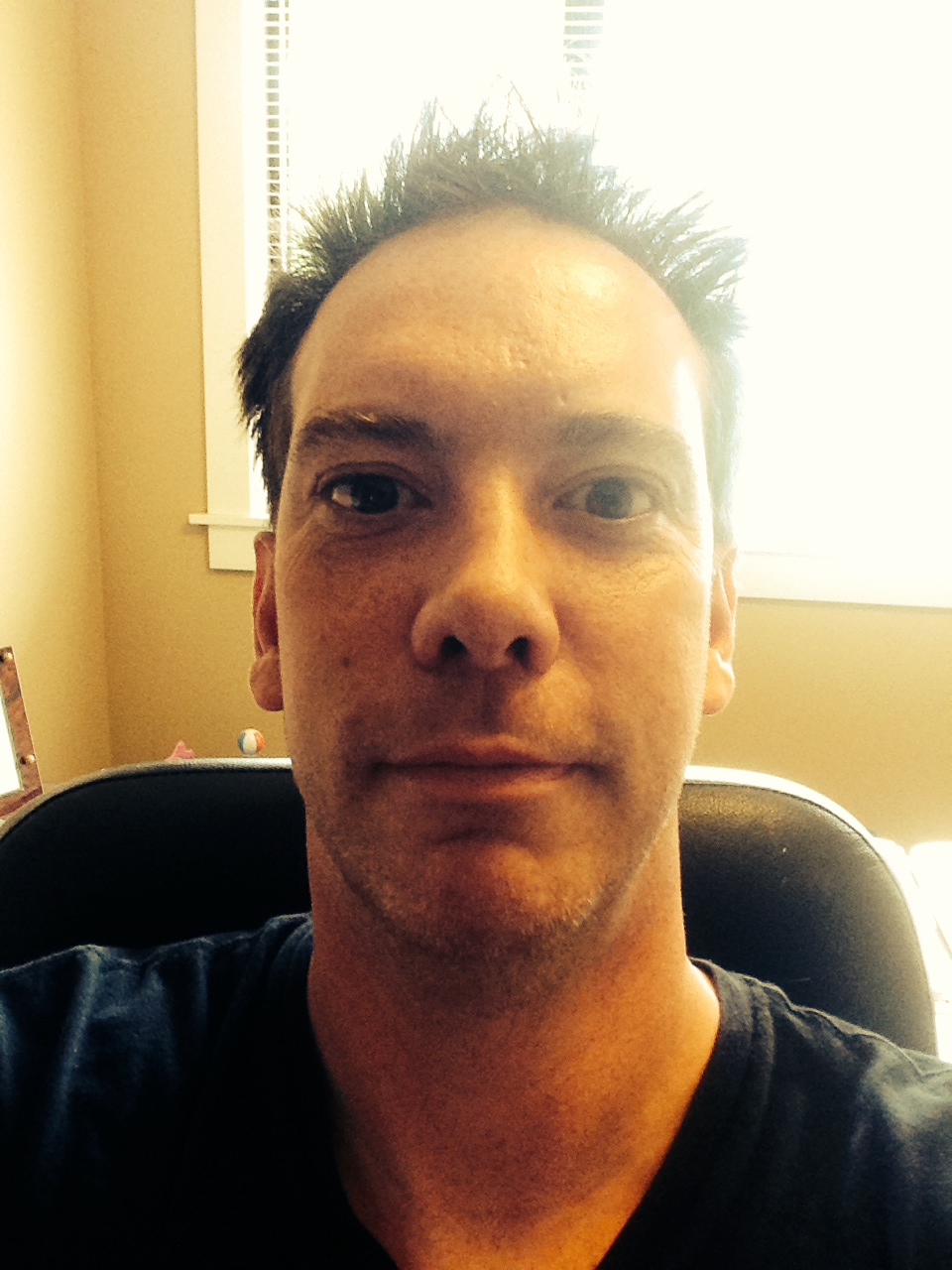 There’s a bunch of Almost Live alumni living and working in LA, do you guys ever hang out together?
Yes!! After Bob Nelson wrote Nebraska, he was down there quite a bit. Joel McHale and I see each other regularly, and every once in awhile I’ll see Bill Nye or Ross [Shafer]. Good people. John Keister and Pat Cashman and I talk about once a week. They are my everythings.

I wish we could all get a big motor home and travel the states together, but none of them like that idea.

You’re Joel McHale’s regular opener, but for your upcoming show at the Triple Door, he’s opening for you. Do you think he appreciates the opportunity? How does it feel to “turn the tables?”
God, I hope he realizes what a huge break this could be for him.

Joel is so supportive and was willing to do this for my taping, and I owe him Big Time. We love working together and have such a blast doing shows, I really am lucky. I’ve worked with other comedians that are assholes. Joel and I are both really happy and feel lucky to get to connect with people.

And the sex is great. I hope that Joel feels the same. 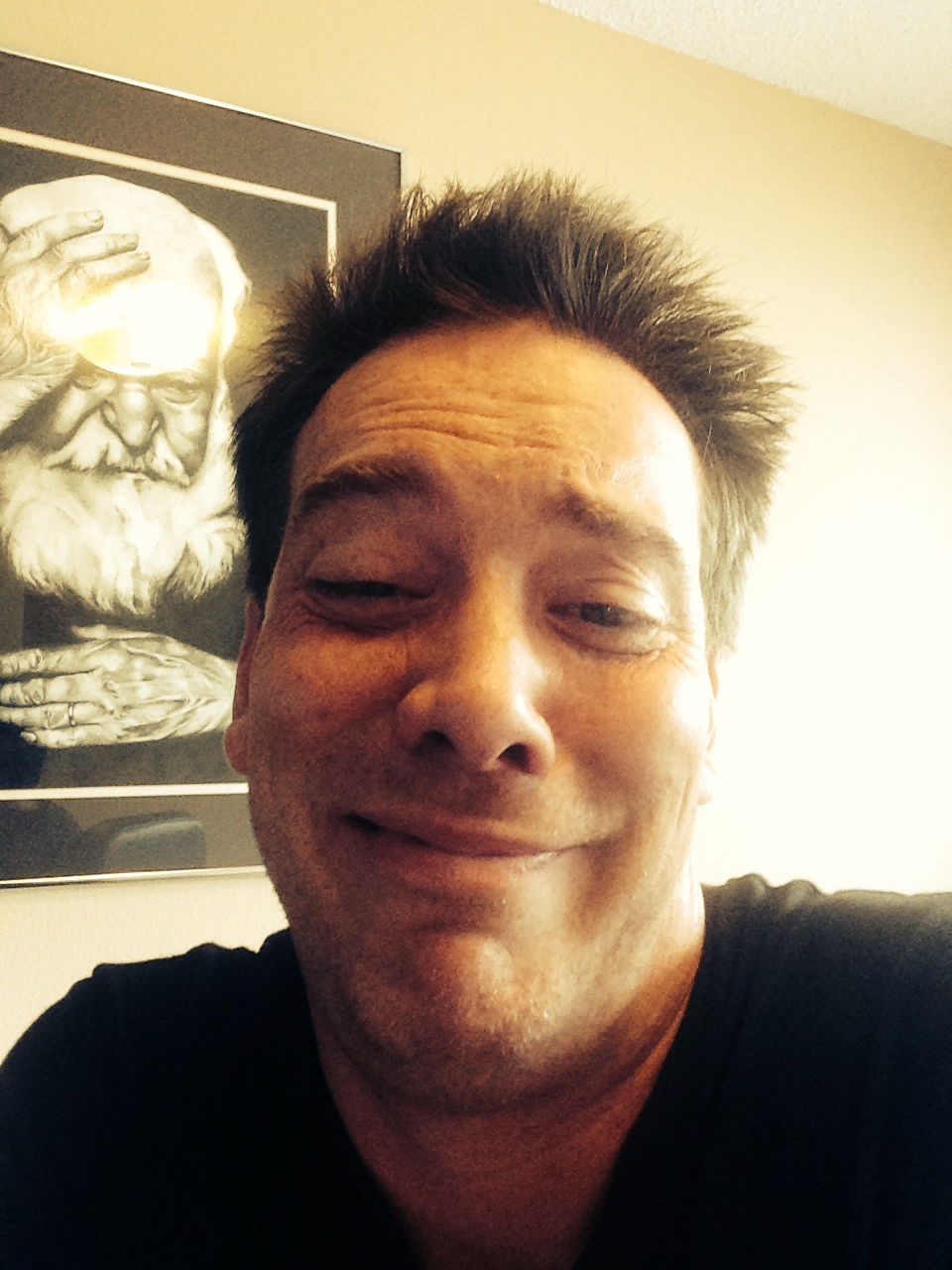 You have an undeniably funny face. I think of it as “comedy face”-you always look like you’re about to crack a joke or do something crazy. Can we close this interview with a selfie of you making the funniest face you can make?
How dare you!!! That is my “I’m a really strong, powerful man” look!!

No joke: the last three commercials I’ve done have described my character as, “This guy is a hopeless loser. He’s goofy, surviving on a diet of spit crackers.”

I’m like, Really? But hell, I’ll take it. I’ll send you a pic. I love you and I love Seattle and humanity and loose women! Good night Bothell!!