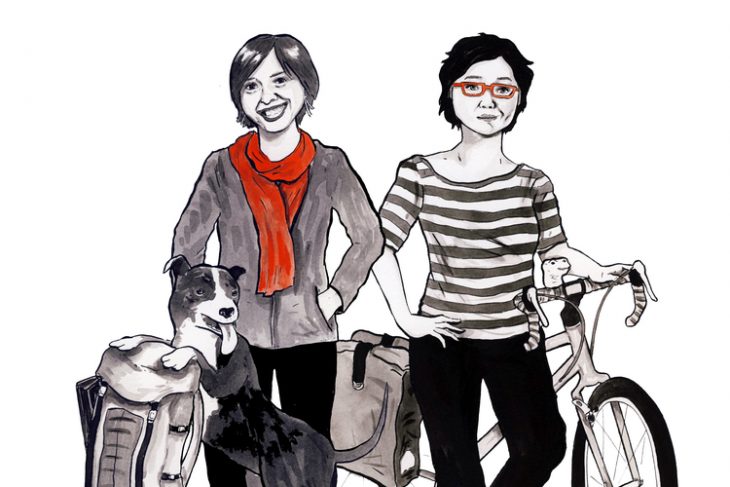 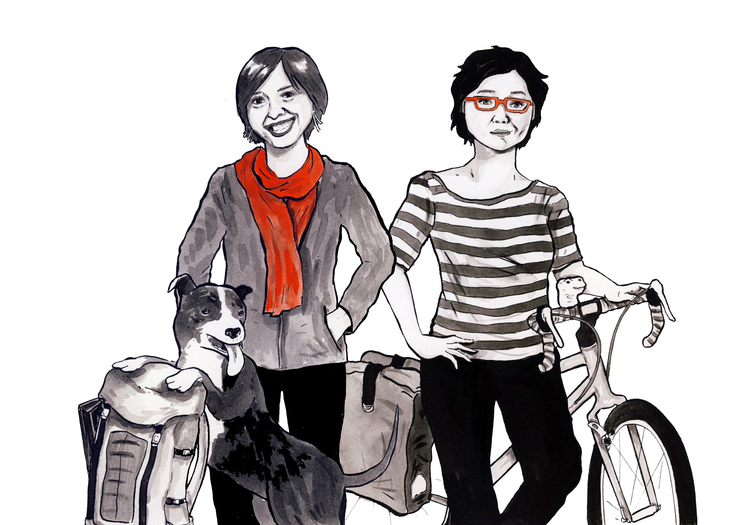 One way to discover The Project Room is to back your vehicle into its sidewalk sandwich board on Pine Street between 13th and 14th. That was a couple years back, and since then I’ve followed the organization, mostly from afar, intrigued by its varied programming and laboratory model that attacks a central question through lecture, performance and conversation, all while occupying a Batman-esque existence in a space shared with a small software design firm called Thomas Street.

A few months ago, City Arts’ Amanda Manitach caught up with the departing founder of The Project Room, Jess Van Nostrand, before Nostrand left for a new position at the Museum of Modern Art (she still serves as Programming Advisor and conducts podcast interviews for the Project Room from New York). Now current director Tia Kramer and editor Tessa Hulls, each an accomplished artist in her own right, are navigating the transition of the Project Room from one person’s labor of love to an arts organization aspiring to a national audience.

Many entities organize their programming around a theme that may seem a chore, a harangue or a desperate lasso hoping to snare any good idea that flutters past, but The Project Room focuses on a broad question that’s both open and organic. As Hulls tells me, channeling a principle she first heard from Van Nostrand, the goal is to focus on “ideas that plague the person.” Currently that question is, “How are we remembered?”

So far, the programming has approached that question through the idea of “monuments,” both tangible and abstract; our changing urban environment; the migratory paths that artists take; and other issues of memory and identity. “We’re interested in what it’s like to no longer be able to live near the elementary school you grew up with,” Kramer explains. She asks, rhetorically, what if that building is “not just a hospital but the place where you lost your first child?”

These questions refer explicitly to a recent event at The Project Room at which the poet Michelle Peñaloza discussed the “unseen monuments” she encountered while completing her “landscape / heartbreak” project. But these issues of change and loss also relate more broadly to the content produced in association with the Project Room. In one recent episode of The Project Room podcast, Hulls interviewed San Francisco visual artist Jenifer Wofford and the pair engaged in a wide-ranging discussion on Wofford’s personal history and identity and the cultural and geologic (in the form of the Loma Prieta earthquake) fissures of 1989 before finally returning to the theme of monuments, or what Wofford described as the “endlessly mysterious and fascinating idea that something might endure, or what came before me and might outlast me.”

The Project Room also has a legacy, Kramer says, and part of their current discussion is the changing consideration of The Project Room’s role. Part is to reach beyond Seattle city limits (like the Wofford interview), in terms of both audience and content. Tameka Norris, recently in town for the Ned Behnke Annual Lecture at Cornish College, visited The Project Room to discuss her film Meka Jean: How She Got Good. Apposite to the more intimate setting of The Project Room, Norris engaged in a dialogue about authorship, identity theft and how the two play a role in memory and the artistic process. Kramer and Tulls envision The Project Room as a place for artists who might otherwise appear in larger venues to discuss their work in a cozier, more informal setting.

This befits The Project Room’s focus on creation rather than finished product. Along those lines, in the first installment of the “Legacy Assignment Series,” visual artist and Cornish College professor Rob Rhee discussed the idea of a “10,000 Year Warning System,” the central question being how to alert future generations to the danger of the toxic byproducts of our nuclear age. The participants in this informal workshop included a linguist, an environmental lawyer, a philosopher, a neurobiologist, an industrial hygienist and even a teenager, the whole group circling the topic of cultural creation, both intentioned and inadvertent.

Upcoming events around the same theme include the second part of their Legacy Assignment series, featuring Sierra Nelson and Rachel Kessler discussing “the parallels between the scientific method and divination.” This spring, Rebecca Brown and Jan Wallace will screen some short films on Denise Levertov. And later this summer, Anastacia Tolbert will provide a behind-the-scenes look at the making of her one-woman show 9 Ounces. The Project Room website has already provided a sneak peak at her process, including a fascinating interview between character and creator.

Each of these events emphasizes art as it progresses, and during my conversation with Hulls and Kramer we discussed how the organization is building its own legacy while tackling the challenges of being a volunteer-centered nonprofit. The Project Room now survives largely on a 4Culture grant, private donations, and the shared space on Pine offered by Thomas Street. Each event that TPR hosts requires the company to dissolve their full office set-up, so while Kramer emphasizes that Thomas Street is unbelievably supportive of The Project Room itself, she’s also aware that the organization could face a more mobile future, especially if the design firm itself continues to expand.

The irony of The Project Room potentially not having an actual, physical “room” isn’t lost on Kramer and Hulls. Part of their personal project is to consider the future of the organization, even if it someday means being spaceless. Kramer is looking for inspiration in other laboratory-based arts organizations, such as the Yerba Buena Center for the Arts, SITE: Santa Fe and the Radiolab podcast, while admitting that she doesn’t want to look too closely at another model because she might miss something suited to her own organization. As she tells me, “The history of The Project Room is to find its own way.”