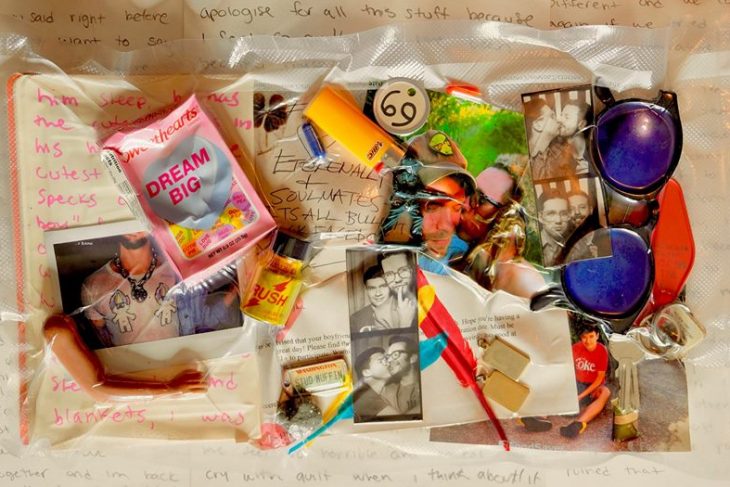 Michael Shermer, publisher of Skeptic magazine and author of The Moral Arc and The Believing Brain, reads from his new book Heavens on Earth: The Scientific Search for the Afterlife, Immortality, and Utopia, which explores the desire for an afterlife, and what, from a scientific perspective, is most likely to happen when we die. —Sarah Galvin
Elliott Bay Book Company

Dirtbag: The Legend of Fred Beckey

I fell in love with Dave O’Leske’s sharp, engaging doc about “the Bob Dylan of Climbing” when it screened at SIFF 2017, and it’s great to see it getting an actual run on a big screen. Beckey’s incredible achievements as a climber—and the way his dogged pursuit of the next peak energized and alienated him at the same time—make this film as enlightening as it is entertaining.  —Tony Kay
SIFF Film Center

LA-born photographer Marilyn Montufar captures portraits of subjects who populate her Xicana community, whether in Mexico or the U.S. The images are dreamy, wistful and straightforward, capturing the fleeting faces or limbs of people who sometimes are depicted with unrepentant rawness, at others seem like traces of bodies trapped in amber. —Amanda Manitach
Gallery 4Culture

Timothy Rysdyke of the Factory trades his curator hat for that of an artist in this solo show, featuring photography and vacuum-packed sculptures-cum-body bags filled with personal detritus, such as crumpled cigarette cartons, half-filled prescription pill bottles and plush stuffed toys. The pieces—simultaneously sentimental, morbid, sweet—beg to be explored by the voyeur/viewer, as both a self-portrait of the artist and portraits of his lovers. —Amanda Manitach
Party Hat

The Central Comedy Show is the closest this city has to a flagship indie showcase, flying in top-notch national headliners and pairing them with the best local comics. This month they present Ella Gale, shrewd joke-writer and contributor to The Hard Times and Reductress, two of the funniest (intentionally) fake news websites on the internet. —Brett Hamil
Central Cinema

During the 20-plus years he spent in LA writing scores for Star Trek: TNG and Family Guy, Ron Jones worked closely with Lalo Schifrin, the genius who basically invented the 1970s car-chase theme. Now that he resides in Stanwood, Wash., Jones makes music with the 12-piece Jazz Forest, which follows in a similar atmospheric vein, alternately funk-fueled or delicate, propulsive or contemplative. —Jonathan Zwickel
Columbia City Theater