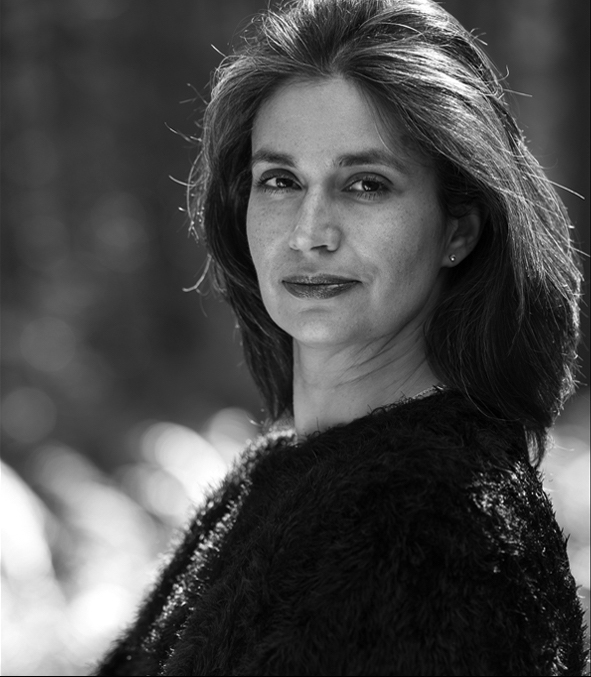 Michelle Dunn Marsh talks about publishing art books, her beef with Amazon and putting your money where your mouth is.

Since founding the publishing company Minor Matters in 2013, Michelle Dunn Marsh has been unable to publish five of the 13 art books she conceived of and launched. Failures, you say? No: It’s her business model.

“A book needs 500 co-publishers—who buy it for $50—to get made,” Dunn Marsh explains. “If after six months this editorial concept is not backed enough, it doesn’t leave the drawing table, and people get their money back.” On a rainy night in December, we sought shelter in a dark bar, fittingly lined wall-to-wall with paintings, to talk about the publishing venture she started exactly four years ago.

Four months after launching Minor Matters, she accepted the executive director position at the Photographic Center Northwest. “Everyone thought I was crazy!” she says.

Dunn Marsh has been called a publishing veteran, which is not an exaggeration. She has been editing and designing books for more than 20 years at Aperture and Chronicle Books, taught graphic design Seattle Central Community College and was deputy director of Aperture Foundation. While photography is a constant in her life, publishing is her true love. Dunn Marsh—the daughter of a salesman who worked with an independent publisher specializing in books on tax code—was 18 when she moved from Puyallup to New York to pursue studies in literature and art history and a master’s degree in publishing.

“New York is a big village if you’re involved in the arts,” she says. “You see people you know on the streets, are constantly learning new things. In Seattle, you have to work a little bit harder for that. But when I’m here, I’m happy to have the clean air and the quiet space to think.”

While she’s talking, Dunn Marsh caresses the pile of books in her hands. On top, a cover shows a Black woman with her back turned, a white veil blowing in the wind. It’s Minor Matters’ latest labor, All Power: Visual Legacies of the Black Panther Party. Sixteen Black artists submitted work that captures aspects of the movement’s legacy on its 50th anniversary.

“This book proves to me that there could not be a more important time for publishing than right now,” Dunn Marsh says. “We asked a question that had not been asked: What do Black artists think about this important political movement?”

All Power is Minor Matters’ eighth book (others include a photo book about sustainable farming in the Pacific Northwest, monographs on Seattle photographers Isaac Layman and Alice Wheeler), but it was a particularly complex endeavor. It was the first time Dunn Marsh worked with a co-editor and a large group of artists and it demanded a much larger run of printed books.

While we chatted over hot toddies, Dunn Marsh related the path her publishing journey has taken and what lies ahead.

How did you come up with your pre-sell model?
I call it a lovechild of my experiences at Chronicle Books and Aperture. Chronicle is very much of the people. When I first started working there, the best-selling books were about farting. And they had no judgement around that. At Aperture, it was about quality of reproduction, sometimes making limited edition portfolios with silk binding cloth. It’s no coincidence that Minor Matters is named after Minor White, the founding editor of Aperture magazine. But Minor Matters is also about representing the fringes. With books always priced at $50, it’s a hybrid. I want the books to be beautiful and accessible.

What triggered the idea?
I was editing and designing books as a freelancer during the mid-2000s when I noticed two things: A lot of DIY book printing by people who, with all due respect, did not know a lot about making books. I also noticed how publishers didn’t want to invest in books upfront but asked photographers to front a lot of the costs to make a book. That’s when I became interested in the idea of pre-selling. It was also the era of Kickstarter. However, I didn’t like [Kickstarter’s] randomness: I have $5, what do I get? And what do I get for $200?

Is that why you set a fixed price for each book?
Yes, and because I believe in buying things that you value. If you care about a book, you should buy it. We don’t see this as crowdfunding but pre-selling. It was a conscious decision not to make Minor Matters a nonprofit, but a for-profit business. We live in a capitalist society where people value what they pay for.

Art is not an elevated hobby. Artists deserve to make a living. Paying for art is not a charitable act, but an investment in something you believe in and care about. Minor Matters is my way of showing to people: If you don’t buy books, we can’t make books. That’s why I decided to put the co-publishers’ names in the books, to show that we published this together.

It’s a conscious way of holding readers accountable. But don’t you consider it a risk, too, having other people decide what gets made? Is it ever painful when a subject you like doesn’t get turned into a book?
It is, both financially and personally. It was one of the hardest things to come to terms with. In four years, we realized eight out of the 13 books we launched. For example, Unfinished: Incarcerated Youth Portraits by Steve Davis did not achieve enough pre-sales, and neither did Larry Fink’s Kindred Spirits. As painful as that is, looking back, I’m glad we followed our model. I’m happy we didn’t waste resources and something didn’t just exist because we wanted to fulfill our egos. Even if the books don’t get published, the artist has gotten some benefit: A new collector or curator learned about his or her work, there’s a couple of articles in the press.

How much of the financial risk falls on the artist?
It’s mostly an investment of time and effort. If a book doesn’t get made, artists can take their idea somewhere else (provided that Minor Matters is credited). If a book is published, the artist gets 200 copies to sell. To be fair, it’s not the book that’s going to make them money. The book is there to create something beautiful and lasting, access to their work. What makes money is often what comes after: print sales, licensing deals, international exhibits. I just negotiated that licensed images from Charles Lindsay’s book, Carbon, will be used in a very important residential building in New York City. This means that his book facilitated cold, hard cash for him.

Is Minor Matters financially healthy?
We have made a very, very small profit the last two years, and will barely break even [in 2016]. Steve McIntyre, my business partner, and me are not paying ourselves nor investing cash in it to keep it going. Minor Matters is keeping itself up, and I am very proud of that.

You’ve worked and lived in New York for decades. Why did you choose to launch Minor Matters in Seattle?
For very practical reasons: I have a house with a four-car garage. How else are you going to store hundreds of books? And, more importantly, my business partner, Steve—without whom Minor Matters would not exist—lives here. While we clearly state that Minor Matters is based in Seattle, I remain vague about my location. I even have a New York phone number.

You still call both cities home?
I have been going back and forth almost every month for the last 15 years, since I came back to Seattle to teach around 1999 at Seattle Central. I loved it, but after a month here, I was aching to go back to New York. Later, I realized it was possible to spend time in both locations. For about five years I taught full-time in Seattle while spending the summers in New York at the Aperture Foundation. When I took the position at PCNW, I taught a summer at the New School in New York. Now I still go back all the time. I like to compare what I see in Seattle to what I see in other places.

How does the comparison hold up?
There’s no doubt that very strong work gets made in Seattle. But it seems harder to go from being part of a scene to consistent attention as a solid, mid-career artist here. Joseph Park—the first artist we signed with Minor Matters for the book Prizmism—is a good example. He’s exhibited a lot but the galleries who showed him are no longer here, and someone new to Seattle won’t necessarily know his work. There’s various reasons it’s tough in Seattle, but I think a lack of writing and legacy-building are two. Often, museums won’t make their own publications for exhibitions they organize.

Do you want to do more of that with Minor Matters?
We’ve done projects that were tied to museum exhibitions. Lisa Leone’s first monograph, Here I am, coincided with a solo exhibit at the Bronx Museum of the Arts in 2014, and more recently, Carbon was tied to an opening at MASS MOCA. We found that these exhibits help raise the profile of the books. I’d be interested to work with Seattle museums, but it can’t be photographic projects that may conflict with my directorship at PCNW. For now, we have enough plans with Minor Matters. I’m currently in conversation with 10 artists and institutions and we will be announcing new title launches by March or April.

Going into your fifth year, how do you look back? What has worked and what hasn’t?
There’s a lot of noise in our digital world. What I’ve seen is that repetition is important. Sending a post card, an email, a catalog. The more time you can invest, the better. And sometimes things just work, or don’t. David Hilliard’s book, What Could Be, sold out, while books with a social cause or nature have proven more challenging to sell.

Will you offer fewer of those types of books?
We will keep giving the projects that are worth it a try. Minor Matters is here to look at the experimental, what’s on the fringe.

Your website states that you don’t want to sell through Amazon, to instead highlight the good taste of independent booksellers. Will you ever change your mind on that?
Not any time soon. Not until there are a lot more independent book stores, in every city. We made the choice not to work with Amazon when we started. It’s even in our artist contracts. I’m not a crusader, but remember: Amazon was part and parcel of the decimation of an industry that I care about. I think Americans often forget that choosing where to spend their money is the greatest amount of power. Let’s spend it wisely.

What’s the most important thing you have learned in the past four years?
That this whole process is actually possible. A year ago, I could not stop thinking about the Black Panthers book. Steve and co-editor Negarra Kudumu reminded me that the only way to get it published was to just do it. I’ve learned not to stop myself—to get out of my own way.