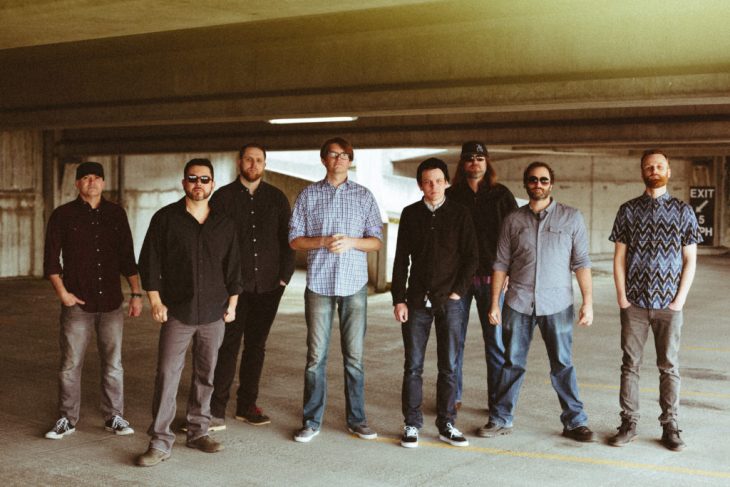 It’s 2017 and we’re living in a post-Afrobeat world. This is a positive development: Throughout the ‘00s, America awakened to the style, a hyper-politicized, hyper-sexualized hybrid of sinuous psychedelic rock, syncopated funk and bright highlife horns, and left behind the ill-conceived “world music” category. The country’s first homegrown Afrobeat emissaries, hard-touring Brooklyn band Antibalas, spread the word and soon DJs were playing the music alongside Justice and LCD Soundsystem and bands sprouted up in college towns and big cities. Eventually, Seattle caught on and hatched its own Afrobeat scene. Our premier proponents are Polyrhythmics, an ambitious instrumental nine-piece with an impressive local following and, thanks to well-distributed 7-inch records, listeners around the world.

I’ve been eyeing these guys since their second album, 2013’s rootsy Libra Stripes, through 2015’s more spacious Octagon. Though they’ve never been fully beholden to their predecessors, their music felt as anchored in tradition as progression. They made a delicious hash of their influences, but the classic ingredients were always discernable. Not so anymore. Caldera, their latest, moves into totally novel territory—a liberated, elevated place dictated solely by the need of the groove. Post-Afrobeat indeed.

I ask you to consider a nine-minute jam as Caldera‘s quintessence knowing that I’m asking a lot. But “Au Jus,” which arrives halfway through the album, journeys through wordless R&B, luscious horn charts, ‘70s-car-chase-cinema guitar, percolating percussion—and that’s just the first six minutes. The final three are heaven-bound, woozy organ chords reverberating around a sparse, slamming breakbeat and twinkling effects dissipating into the ether. In its meandering momentum, the song not so succinctly summarizes the band’s current, wonderfully untethered state.

“Spider Wolf,” the album’s first single, occupies the other end of the spectrum, clocks in at three thrilling minutes of tightly wound guitar and horns tilted into alternate tunings. Also, there’s a particularly rocking flute solo. Catch this jam on the radio, free of context, and you’d consider old-school Ethiopiques jazz, straight out of 1970s Addis Ababa, well before Fremont came to mind. Heard through that pan-African filter, songs like the horn-heavy, clave-driven “Dragon Lotion,” bloozy, sauntering “Lord of the Fries” and gently tiptoeing “Cactus Blossom” enter a state of sonic ubiquity: They could be from anywhere or everywhere, anytime or no time at all.

There’s a nighttime quality to Caldera—or rather a darkness that derives not from the absence of light but rather a yawning, encompassing openness. It’s the darkness of space, of possibility, of mystery. If there’s any precedent here, it’s the Heliocentrics, the time-traveling, genre-smashing, ever-evolving project of British drummer Malcom Catto that’s the world’s premier omni-groove ensemble. Musically and metaphysically, Catto worships at the altar of Sun Ra. With him and Fela and others in their pantheon, Polyrhythmics have yet to settle on a single guru, and let’s hope they never will.