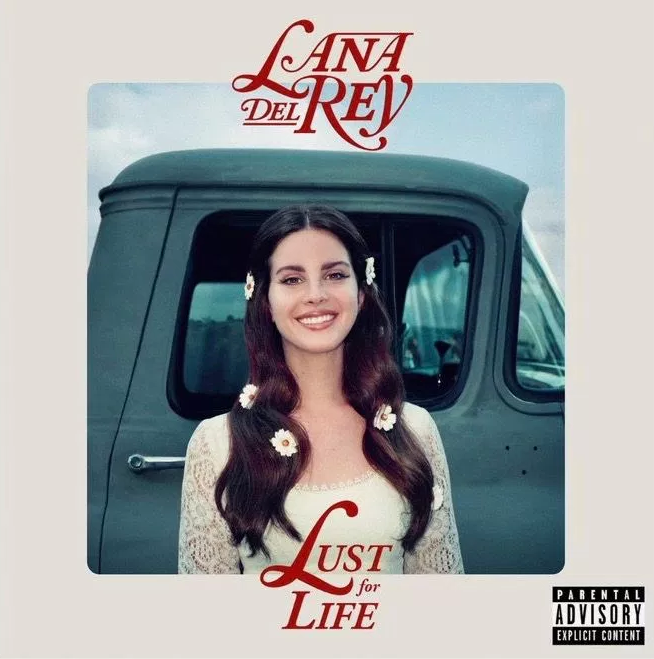 Lana Del Rey’s new album Lust for Life represents the latest triumph of ruin porn. A genre epitomized by the blogs Abandoned America and Architecture of Doom, our pop-culture fascination with decay has reached from the deep recesses of the Internet to the most visible vestiges of popular culture. Broadcasters covering a Cleveland Cavaliers perfunctorily mention something to the effect of “all the region has been through over the years.” Video games like Fallout and Tom Clancy’s The Division are staged inside of abandoned city squares. And now here comes Lana Del Rey, dressing her nostalgia for America’s purported glory years in a postmodern downer haze, replete with samples galore, guest spots from musicians who share her passion for musical lore and cameos from rock stars of yore.

Most listeners were introduced to Del Rey’s music via the 2012 summer hit “Video Games,” whose pastiche-laden music video indicated an archival appreciation that was too superficial to be a mere affect. This was not the digital photograph of an amateur who slapped a film-ish filter on an Instagram post, but the music of someone who’s gone through the time and trouble to shoot the thing in real celluloid. Through five studio albums, Del Rey’s voice—as flat and uninspired as any in the pantheon of pop singers—seems genuinely enchanted by the history she saturates her aesthetic in. The cover of Lust for Life presents her as an early-’70s flower child on some southwestern plain, in front of a pick-up truck that looks like it came from the set of the 1967 film Bonnie & Clyde. Sure, the Johnny Cash duet she was born too late to record would’ve been fire, but the question remains: What exactly is Lana Del Rey haunted by?

Ambition, maybe. Del Rey’s path to greatness consists of affiliating herself with the greats she wishes she were compared to. Washington Post music critic Chris Richards counts no less than 10 lyrical citations on Lust for Life—verbal samples of mid-century titans like the Beach Boys, Patsy Cline, Elton John, Sam Cooke and Simon and Garfunkel. To hear Stevie Nicks actually appear on the album cut “Beautiful People Beautiful Problems” is jarring: We’re so used to seeing the past signified and represented in Del Rey’s music that to hear an actual figure from the greater days feels like the song was a posthumous reconstruction built around vocals Nicks left behind after dying.

But Del Rey is an interpreter of American history, not a narrator of it. It’s the difference between a photographic replication of an abandoned building and an artist’s reconstruction of it. Like the pair of Chuck Taylors Sophia Coppola deliberately drops in her 18th-century biopic Marie Antoinette, Del Rey’s artistry is in the imperfections and anachronisms that point to what we’ve left behind. Lust for Life is at its best when the music moves.

On “Get Free,” Del Rey pledges “I want to move out of the black, and into the blue.” It’s an ironic lyric to hear on an album that features three guest spots from Black musicians, and whose most inspired moments—“Cherry” and “Bummer Summer”—occur with the help of hip-hop backbeats. On “Cherry,” Del Rey catches the spirit of the trap rhythm that undergirds the song’s stirring hook, dropping errant bits of off-color language that give the ballad emotional dimension and ironic distance it otherwise lacks. “Summer Bummer” finds Del Rey rekindling the musical romance with A$AP Rocky that was first ignited in the indispensable music video for her 2012 cut “National Anthem.” “Hip-hop in the summer, be my undercover lover,” croons Del Rey atop rumbling bass drums.

These lines suggest a cultural civil war that keeps (Black) rap and (White) pop from explicitly expressing their affinity for one another. In one sense, Del Rey’s reverence for the past reimports the racial segregation that were remember mid-century America for. At the same time, the fact that Del Rey tries it with A$AP Rocky, the Weeknd and Playboi Carti demonstrates how her aesthetic of decay functions when the prospect of rejuvenation, with the help of Black talent, is introduced into the equation. On the tracks with her African-American musical paramours, Del Rey doesn’t sing so much as she wheezes, an ailing white whisper wafting in the menacing backdrop of Black music. It’s some of her most impactful work, indicating the generational and ethnic tensions at the heart of the White experience in the 21st century.

In his 2016 book Brown Is the New White, author Steve Phillips writes that “in the four decades since Dr. King’s death, the percentage of people of color in the American population has tripled, ushering in a new political era, scrambling the old electoral equations.” In 1968, there were 25 million people of color in America, comprising 12 percent of the country’s population; in 2008, that number climbed to 104 million, for a reach of 36%. The U.S. Census Bureau predicts that America will become a “majority-minority” nation in 2043, meaning that no one ethnic group will comprise more than 50% of the population. American Millennials—of which Del Rey is one, by virtue of being born in 1985—are in many ways the face of these racial shifts, with a full 45% of Americans born between 1982 and 1999 identifying as non-white.

Besieged on both sides by declining birthrates and the growing numbers of American minority groups, whites in the midst of demographic upheaval can either ride this brown wave to a more perfect union generally symbolized by Obama or resist and risk dying on the hill of resurgent ethnonationalism furthered by Trump. For all her clinging to the past, Del Rey—who recently resorted to witchcraft to cast a spell on DJT—has no interest in making America great again. Rather than embarrass herself with the coonish posturing that has marred Katy Perry’s recent photo ops with Black folks, Del Rey appears tastefully alongside Black artists of her generation, swerving admirably in her own lane without taking up too much space.

If we’re being honest, Beyoncé or Rihanna would absolutely slaughter Del Rey on some of these tunes. Rihanna can code switch from dense patois to effortlessly cool African-American Vernacular English at a speed of one hundred syllables per second, while Beyoncé’s performances on “Countdown,” “Drunk in Love,” and “Formation” reveal she’s a better rapper than most who lay claim to that job description. One of the best things about Del Rey’s “white lines on black beaches” rhymes on “Bummer Summer” is that she’s self-aware enough to keep them short.

So you can try to make the case that Lana Del Rey doesn’t have the range. But you’d be wrong. Because her music reflects a country that’s come a long way, and that just might get where it’s going. If only it could get out of its own way.