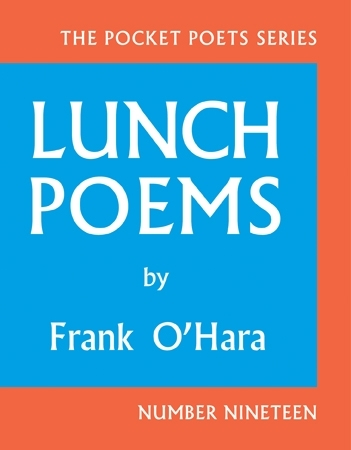 A couple weeks back, Open Books announced that they’d be taking a well-deserved break from hosting poetry readings (as they had since 1987) but that they’d continue their Poetry in Conversation series, the third iteration of which would focus on Frank O’Hara’s Lunch Poems. On a recent, ridiculously beautiful Sunday afternoon, a crowd of 25-30 poets and fans of the former submariner/MOMA curator/virtuosic pianist gathered in a kidney bean-shaped arrangement of folding chairs eating fun-sized candy bars and “gratuitous bags of popcorn” (as O’Hara’s poem “Ave Maria” puts it) to enjoy a public discussion of his work.

On this one lovely day I endeavored to check out the Open Books conversation and, later in the afternoon, the meeting of the APRIL Book Club, to get a sense of what it might be like to attend a book club in public— how it would differ from a discussion among friends, a seminar group, a Q & A? At Open Books, co-owners Christine Deavel and John W. Marshall were excellent guides, encouraging conservation, providing context, and occasionally playing recorded versions of the poems, with others—the majority of the crowd seemed to be practicing poets—chipping in additional thoughts about O’Hara’s poetry and the writing process in general.

Marshall described “Poem” (aka “The Lana Turner Poem”) as a “gateway drug” to O’Hara, pointing out that from its open salvo (“Lana Turner has collapsed!”) to concluding lines (“oh Lana Turner we love you get up”) the poem tours the breadth of O’Hara’s work: humor and elegy, observation and velocity. Later, a quote from O’Hara’s art criticism of painter Franz Kline provided as close to a self-description of O’Hara’s poems as I have heard: “He did not wish to ‘be’ in his painting, as Pollock did, but to create the event of his passage, at whatever intersection of space and time, through the world.”

Attendees were encouraged to read and read and discuss their favored poems within the book, and I found my attention drawn to moments in Lunch Poems that I had previously given short shrift. After leaving Open Books, I carried lines from O’Hara with me, these lines from “Memoir of Sergei O…” particularly resonant with the topic of my next destination, the APRIL book club’s discussion of Claudia Rankine’s Citizen:

You are ruining your awful country and me
if it is not new to do this it is terribly
democratic and ordinary and tired.

Citizen begins with prose vignettes that describe a series of racial microaggressions, the accumulation of which demonstrates America’s macro racial issues. In sum, the incidents echo O’Hara’s words: they are ordinary in their frequency, tired in their terribleness, and democratic in the way they’ve insinuating themselves into even the most liberal, allegedly high-minded academic circles. 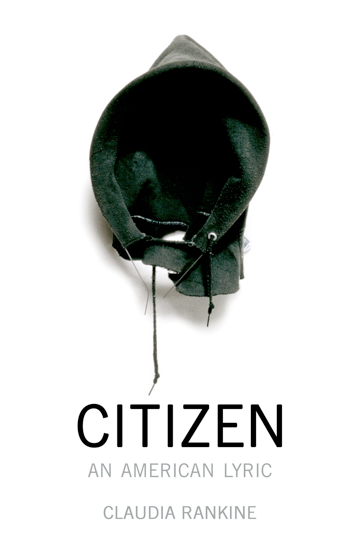 The APRIL Book Club was a younger, more intimate crowd of writers from varying genres gathered around a couple tables in the Elliott Bay Bookstore café. The discussion began with a look at page 135 of the book, which in my text reads: “November 23, 2012 / In Memory of Jordan Russell Davis,” the black teenager killed by Michael Dunn Davis, a middle-aged white man, in Jacksonville, FL. As people around the tables opened their books, each subsequent print edition demonstrated haunting changes: first, Michael Brown’s name was added. And then in subsequent versions, Eric Garner and John Crawford, followed by a list of blank “In Memory Of” spaces in an ever-fading font.

In the new printing the facing page includes one of the book’s most bracing lyrics: “because white man can’t / police their imagination / black men are dying.” In an interview with Portland’s “Between the Covers” podcast, Rankine discusses the addition of these lines, and how they represent the book’s central concern and the range of its implications: “[White people] are imagining the fact that this is not connected to them. And they’re imagining and enacting microaggressions all the time, and not aware of it, because they don’t see whiteness as its own construction. And they don’t understand that their own positioning is a position of privilege that they walked into—not that they are.”

Rankine’s book is poetry, in Ezra Pound’s formulation, at its news-that-stays-news-iest. Citizen demands that we not forget past incidents, whether the on-court racism faced by Serena Williams or London’s Hackney riots of 2011, while seemingly anticipating the racial turmoil of the past sixth months, from Ferguson to “Black Lives Matter.” As such, the discussion of Citizen spun out from the text itself into current events, both local and national, with much of the discussion focused on this forward-reaching element to the book, one that recalls Lewis Hyde’s definition of the “prophetic voice”: “The prophetic voice has a relationship to time, but telling the future is the least of it… Rather, the prophet speaks of things that will be true in the future because they are true in all time.”

A voice across time—as embodied in Citizen—is what makes art worth discussing, even when the sun’s out. As O’Hara writes, in another quote discussed at Open Books, “It may be that poetry makes life’s nebulous events tangible to me and restores their detail; or conversely, that poetry brings forth the intangible quality of incidents which are all too concrete and circumstantial. Or each on specific occasions, or both all the time.”