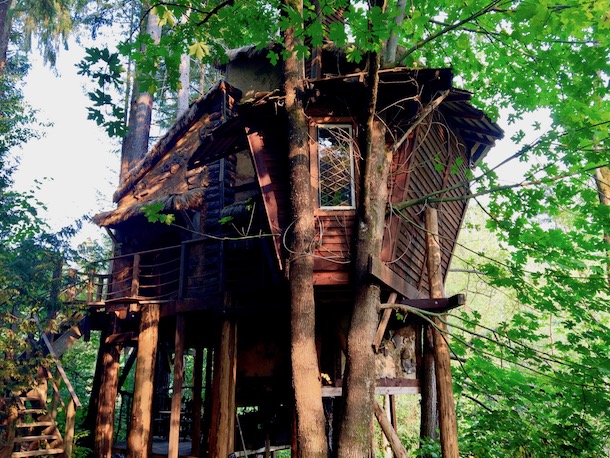 A running gag in modern comedy is that everybody has a podcast, the implicit undertone being therefore your podcast doesn’t matter, so don’t bother talking to me about it. Not everybody feels that way, however. Due to the nature of my day job and the arduous commute that it requires, I listen to 6–8 hours of podcasts every damn day. Therefore, I would very much like to hear about your podcast. It might play a pivotal part in keeping me from going insane.

I listen to nearly every kind of podcast imaginable—live recordings, meandering conversations, meticulously scripted sketch comedy, documentaries, solitary rants, educational/political programs and even shows where people just talk about fast food restaurants for a surprisingly long time. Podcasts are so widespread because they are relatively easy to produce. All you need is a computer, some basic recording equipment and a voice.

But you also need some kind of hook to draw a distinction between your show and the limitless ocean of digital talk that fills the cloud. Usually, that hook is the subject matter. Podcasts about specific TV shows, if properly marketed, can come with a ready-made audience. Other times, the hook is less obvious—for instance, I recorded one last week in a giant treehouse somewhere in the woods east of Seattle.

The show is called Everything You Know Is Wrong and it’s hosted by Jeremy Horn, a comedian and holistic nutritionist (!) whom I’ve known for the better part of a decade. On Everything You Know is Wrong, he talks to a wide variety of people working at the top of their professions; past guests include U.S. Olympic volleyball player Courtney Thompson, Mariners executive chef Jeremy Bryant, doctors, writers and schmucky comedians like myself. Generally, Horn says, the idea is to create “a fun and non-threatening environment where people discuss and share in learning something new.” The name comes from the Socrates Paradox: “The only way to learn anything is to admit you know nothing.” 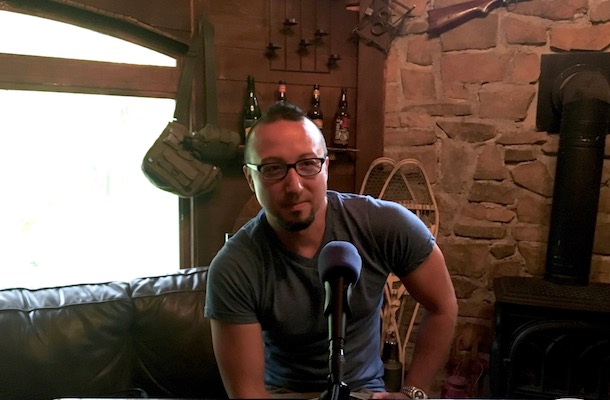 Horn had invited me to come on the podcast to discuss some lesser-known facts about U.S. Presidents in my capacity as a history buff—and I sure do love talking TR. He picked me up on a Sunday in Ballard and drove me out to the undisclosed rural location of the treehouse, chatting me up about naturopathy and other things I didn’t understand until we reached our destination on a large private property with a swamp nearby. The “Tree Top Tavern” itself is incredible, built over some 10 years by podcast producer Paul Victor, his two brothers and assorted friends. It has everything you’d want from a luxury, tree-based clubhouse—secret rooms, a big screen TV, a fully stocked bar and a nice table for recording podcasts.

“Time tends to stand still in the treehouse,” Horn says. “There is a rustic safety to [it] that feels like both a vacation and an adventure, two circumstances that people are rarely in a rush to leave. We’ve found over the years that people are much less likely to check their phones or be in a rush to head back to their lives once within its confines.”

I can attest to that. Podcasting is already a pleasingly insular experience. Sometimes you get to put on the “cans” (headphones) and it’s almost like you’re having a conversation in a slightly more heightened dimension. I love the strange differences you feel between talking to a person before and after you’ve hit “record.” The treehouse put me in an even more removed headspace. The windows overlook the forest from mid-tree level and the house itself is filled with old gadgets and artifacts. Every now and again I felt the slightest sway as the wind blew through the woods.

Once the pod starts recording, Horn comfortably slips from genial motor mouth to attentive listener. He allows the conversation to wander but always brings it back in the desired direction without it feeling forced. He’s a good host. “Now, a dozen episodes in, I’m finally finding my voice,” he says.

I’m working on that, too, having started up my own podcast a month ago. Granted, my garage in Ballard isn’t nearly so alluring a destination as a spectacular, liquor-filled tree house, but it’s not a competition. Besides, everybody has a podcast these days. When do I get to hear yours?