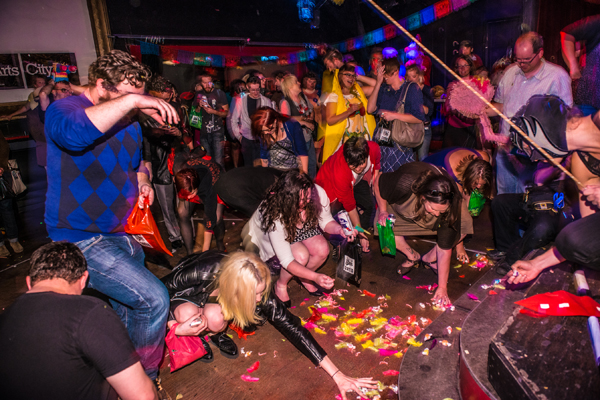 A more colorful crowd than usual filtered into Re-Bar last Friday night, as cartoon characters, giant tacos and more made their way to the eclectic venue for Piñata Bash 2013. Creative types of all stripes pulled out all the stops in crafting (and filling) their elaborate, entirely-destructible homemade works of art. Some were G-rated, some…less so. The entries were paraded before a panel of celebrity judges, and after the winners were chosen it was time to get bashing. City Arts was happy to sponsor this over-the-top event, so take a look at our pics of the night, and start planning for 2014! 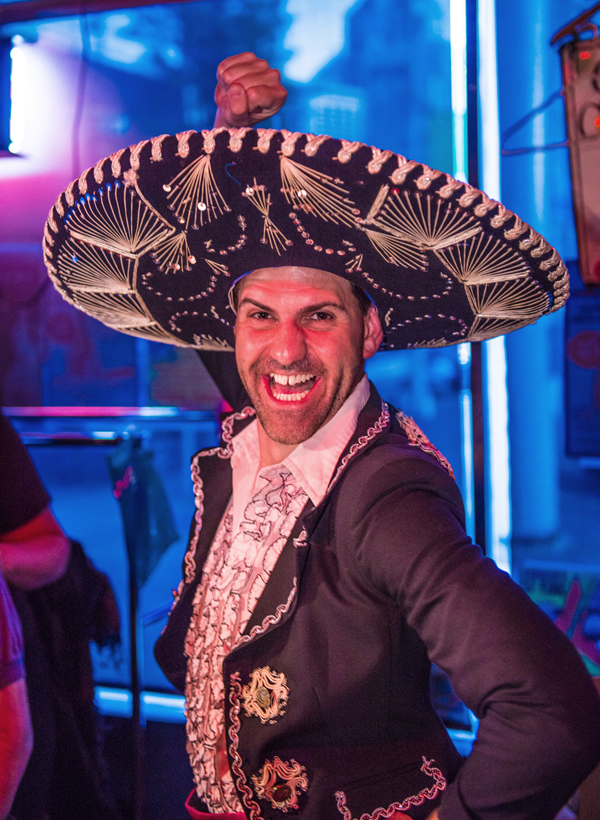 This enthusiastic Re-Bar employee came dressed in his piñata-bashing best. 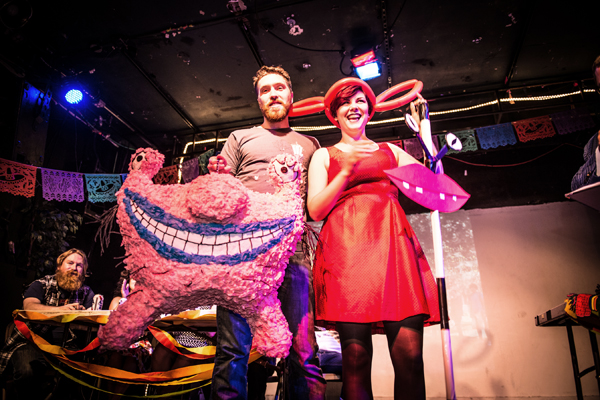 Cartoon lovers from the mid-‘90s may recognize this couple’s contribution. Their impressive Aaahh!!! Real Monsters-themed piñata was a three-parter: the piñata itself is the character Krumm, the bashing stick is the long, skinny Oblina. And those ears on the crafter’s head? She’s the character Ickis! Totally genius. 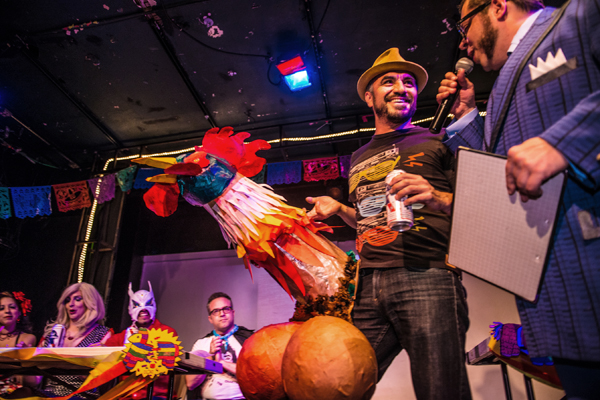 A participant proudly introduces his cock and balls creation to the evening’s host, Jake Stratton, as the all-professional panel of judges looks on. 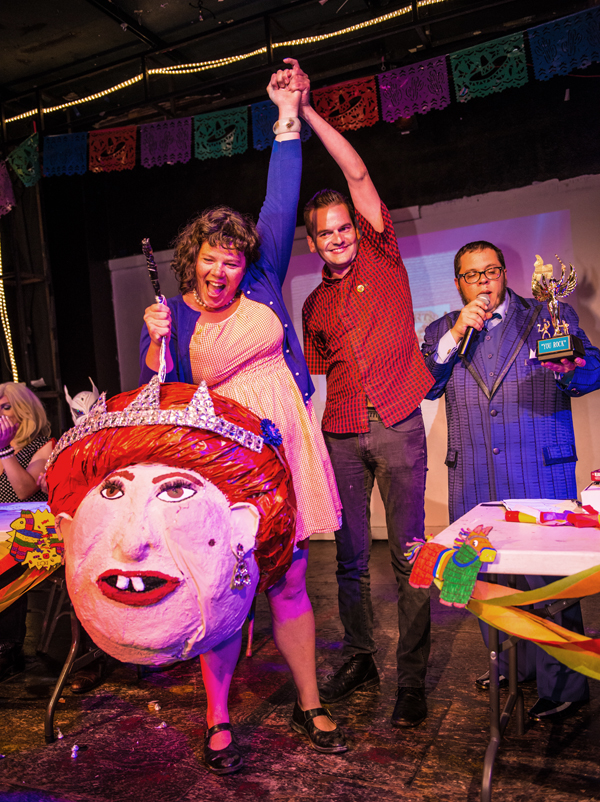 Dre Gordon and Shawn Dowds are crowned the night’s big winners! Their creation, Queen Carlotta of Mortville, is a character from the John Waters’ film Desperate Living. Fans of the film will remember that the Queen ate frozen pizza, marshmallows and Cheez-Its—and that is exactly what she was filled with tonight. 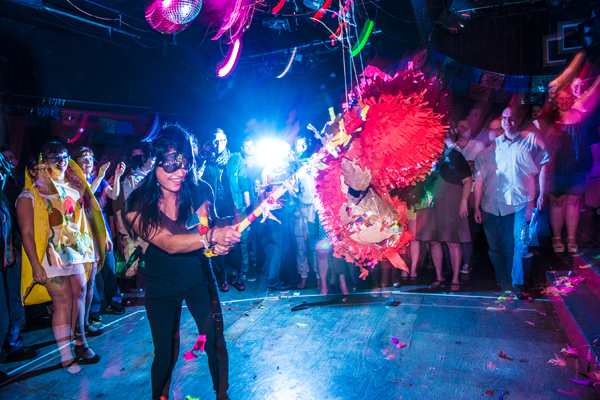 With the judging over, it’s time to get smashin’. 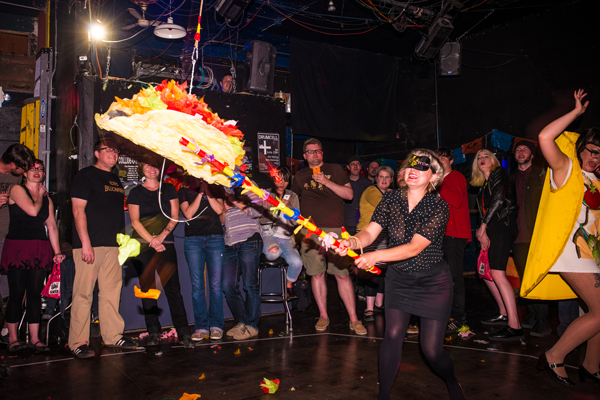 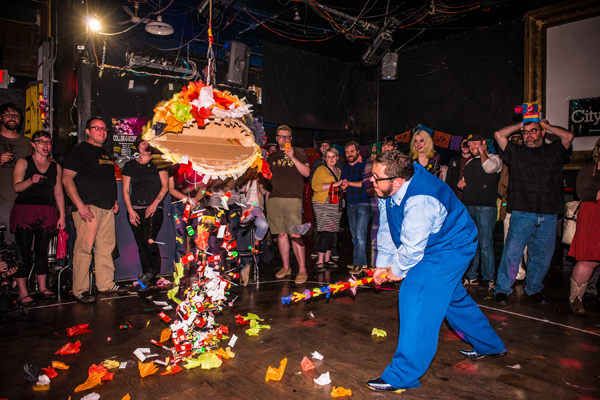 When a piñata proved too difficult for mere mortals to break, host/pinch hitter Jake Stratton was called in deliver the death-blow….

…and send grown men and women scrambling for treats on the floor of Re-Bar. Thanks for playing, everyone!