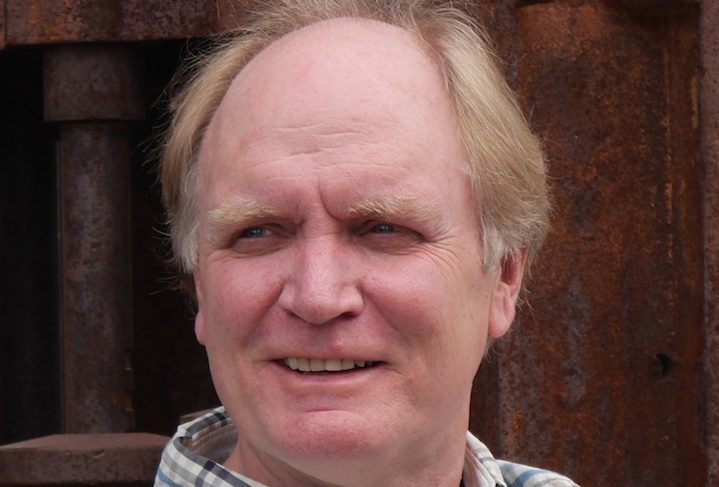 Seattlites, proud of their progressivism, tend to orient toward the future. What will become of this place? we ask ourselves. What does the future hold? For author and literary historian Peter Donahue, the more pressing questions are precisely the opposite: What has this place been? How does the past inform the ways that we live now?

Donahue, who teaches English at Wenatchee Valley College in Omak, is the author of three previous works of fiction, including the novels Clara and Merritt (2010), which chronicled a love affair between affiliates of rival labor unions in Depression-era Seattle, and Madison House (2005), which focused on the tenants of a local boarding house around the turn of the 20th century. He also writes a regular column for Columbia: A Magazine of Northwest History on the literature of the Pacific Northwest.

In his new collection Three Sides Water (Ooligan Press), a triptych of “short novels,” he turns his attention to the Olympic Peninsula, a region as mysterious to city-dwellers as it is scenic. Donahue’s characters are idiosyncratic and his storylines intense: a young woman touring as part of a traveling magician’s show in the 1920s finds herself the subject of an attempted sexual assault on Rialto Beach; a teenager confined to a juvenile prison in Port Townsend “rambles” from Fort Worden to Vietnam War-era Seattle and back again, encountering panhandlers, pedophiles and draft-dodgers along the way.

Donahue’s deep understanding of our region’s history coupled with his willingness to portray characters left out of traditional history books make his collective body of work a valuable contribution to literature of the Northwest. We corresponded recently over e-mail. 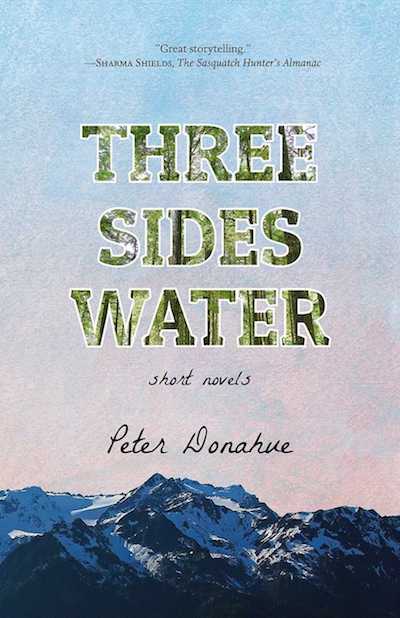 There’s a continuity among the three short novels in the new collection that I found remarkable, especially given the amount of time that’s covered—nearly a hundred years. What drew you to this subject matter? Did you write the novels separately or did you have in mind a triptych from the beginning?
I thought of the three pieces being together from the start. About 10 years ago I was spending a good amount of time on the Olympic Peninsula, and that’s when I first discovered the history [of Rialto Beach, Fort Worden and Shelton]. I even began to see the form of the short novel as analogous to a peninsula—both attached and separate from the mainland. The more I worked on them, the more the voices of the three narrators seemed to complement one another and the themes began to overlap.

Events described in the two more historical short novels—an attempted act of sexual violence in “On Rialto Beach”; the complexities of interracial dating and transgender identity in “At Fort Worden”—feel even more contemporary, in some ways, than the experiences of the present-day Bing Crosby obsessive in “Out of Shelton.” Was that inversion intentional?
The events and subsequent complications raised in the first two novels, of course, occurred in those respective periods; they were just suppressed or obscured by the mores of the day. What good historiography does—and I view historical fiction as a kind of historiography—is to examine such issues from a contemporary perspective. Hopefully it does so without feeling anachronistic. In “Out of Shelton,” the character is a walking, talking, singing anachronism who uses the past to avoid what’s really going on in his life. So yes, in a sense, this inversion was intentional. I knew that I was writing myself into the present as a way of getting out of the past.

All four of your books deal with the history of the Pacific Northwest in some way, telling the stories of people who tend to get left out of the history books—rank-and-file union members, boarding house tenants, juvenile delinquents. Do you feel a responsibility to tell these people’s stories? What draws you to local and regional history?
I see myself writing about people’s personal struggle with the larger social forces that press upon them. While the upper crust have their vulnerable and wounded—just read Henry James—this struggle is so much more consequential among working people, the marginalized, the lowly at birth. So absolutely I take their side in my work. And it’s in the Northwest where I’ve most connected with these people, whether through history or in my day-to-day life. Plus, the region’s history is just so varied, and at times so bizarre—my imagination is constantly drawn back to it.

In my experience, residents of the Pacific Northwest—or at least Seattle—tend to be future-oriented. In general we aren’t very aware of our history. What’s the value of encountering our city and our region’s history through fiction?
Seattle has always been a visionary city—think Dvorak keyboard or Bubbleator!—with waves of newcomers who discover the region’s history in their own way. The city certainly has amazing public historians, small museums, preservation groups and so on. There are also some great historical novels.

As Mario Vargas Llosa says, “Fiction plays at history.” This is serious, important play. Storytelling is a method not just to report the facts of history but to convey a sense of lived history. The people back there in the vast territory of the past are real. What’s more, they’re us.

Donahue reads at Elliott Bay Book Company on May 18.