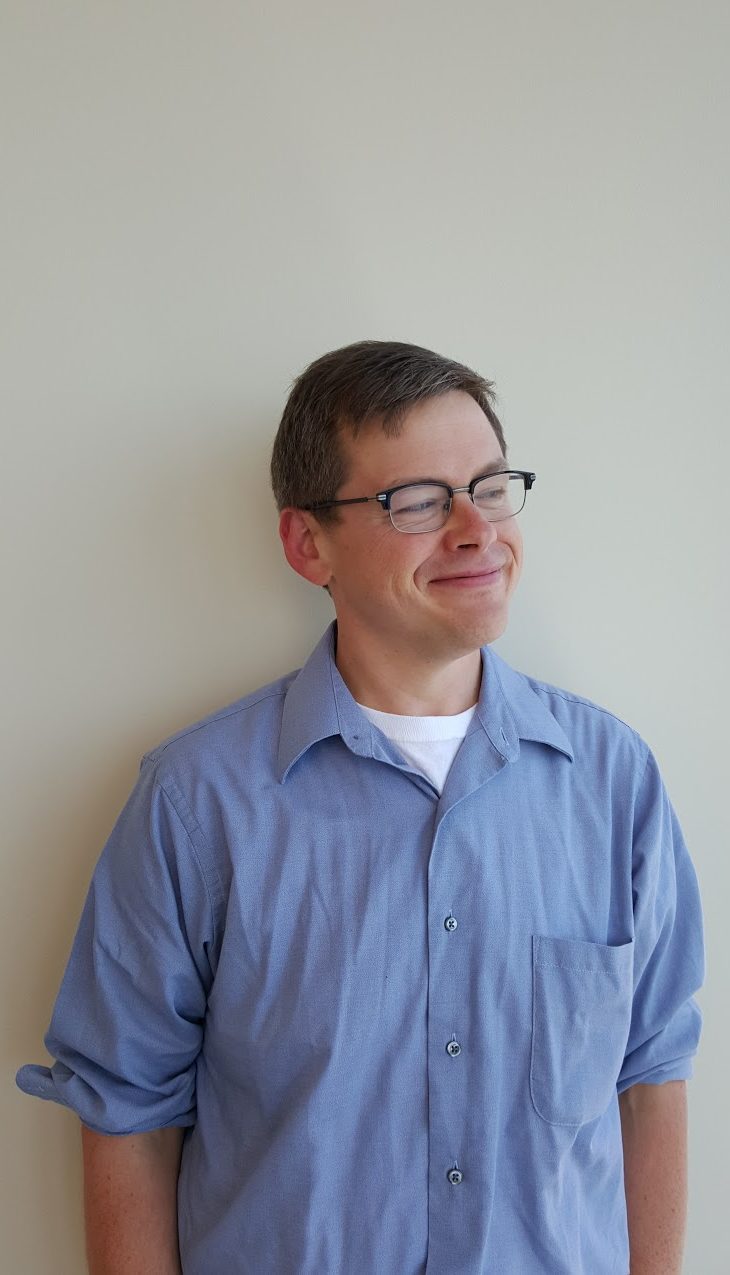 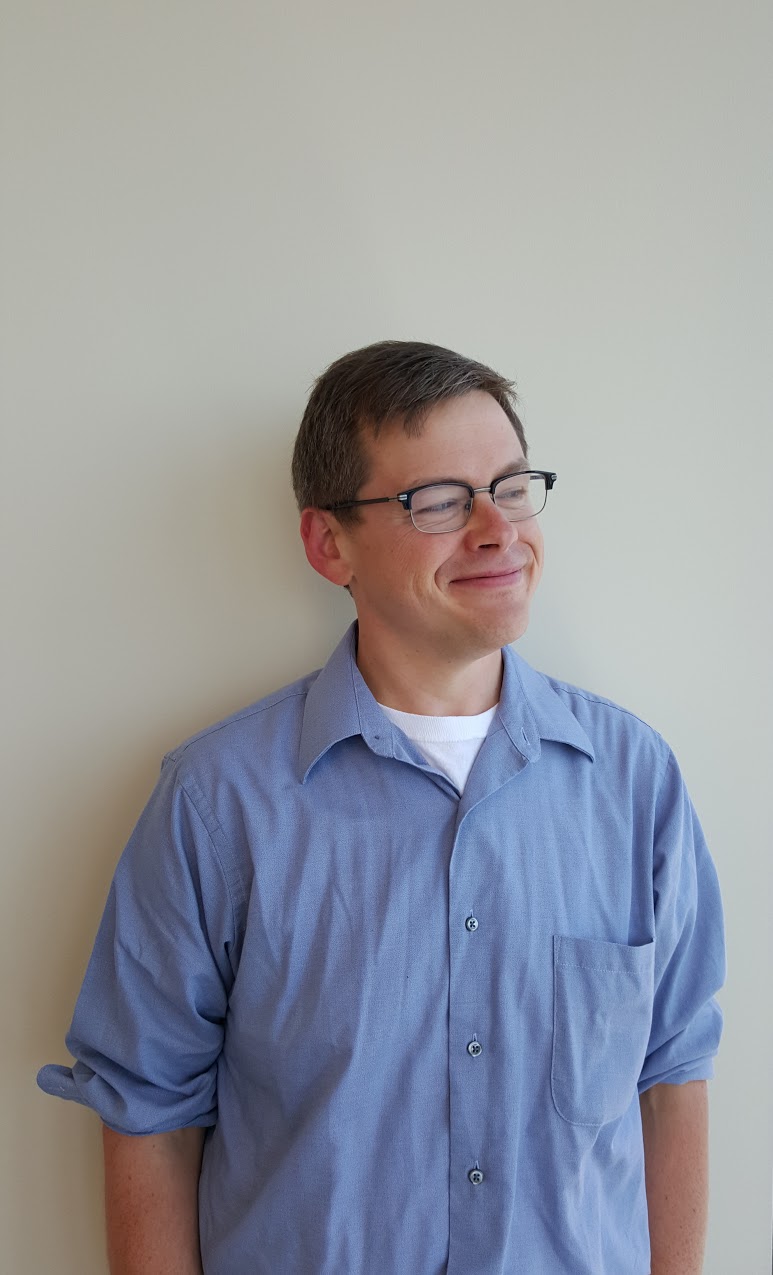 In May 2000, a fresh-out-of-college Paul Constant made his way from Boston to Seattle, lured by the city’s relatively gloomy weather and generally not-very-uptight attitude—both of which fueled his penchant for staying indoors with books, movies and “all the anti-social things I love.” Since then, Constant has cemented his place in the city’s literary scene, bouncing from an eight-year buyer and manager gig at Elliott Bay Book Company to a six-year run as The Stranger’s books editor.

Constant left the The Stranger in February but as of this week he’s back to the book review grind at Seattle Review of Books, a new site he launched with longtime friend Martin McClellan. Constant called us during a lunch break from his job as a staff writer at political advocacy group Civic Ventures to talk about why he launched the new site, his brief tenure as a Seattle City of Literature board member and how our city’s book scene sometimes functions like trickle-down economics.

What stood out for you in Seattle’s literary or arts scene when you first came here?
The thing about Seattle is, if you say you’re going to do something, and then you actually do it, it’s like a superpower. [Your peers] can’t believe you. They’re really supportive, and they just accept it. There’s a little bit of a Seattle lethargy that happens in the creative scene, where someone says, “Someone oughtta do that!” When you actually do it, it’s incredible, and the community rewards you for trying your best. That does not happen in every other city. It’s been nothing but incredible for me as a bookseller, as a writer and as a critic.

How did your role at The Stranger evolve over the years?
It helps that I didn’t know this until I started at The Stranger, but I liked to write a lot, and about a lot of different topics. For many years, I paid for The Stranger’s books coverage by being a political reporter, by writing about local politics, about the Internet; all these different jobs. It made my position more valuable, putting up between five and eight posts a day at Slog for years. I loved doing it. That gave me a lot of agency.

At first, there was a time where I had to… you know, you’re always wrestling with The Stranger voice. You feel pressure—unspoken—to be sarcastic, edgy and all of that. It took about a year to really get into the role, find my voice and be comfortable with writing about comic books, which, until recently, had not been considered a literary art form. I published a lot of reviews of comics that wouldn’t have been reviewed at The Stranger otherwise. I love literary fiction, but a good book section should represent what the average person’s reading life looks like. I don’t go to people’s houses and see their bookshelves broken down into genres. Comics are next to Salinger, next to Tolstoy, Murakami—all these authors are living on the same shelf together. That’s what I wanted my [Stranger] book section to look like, and that’s what I want my new site to look like.

How did your day-to-day life change after leaving The Stranger, in terms of how you read and think about books?
I wasn’t sure when I left The Stranger if I was going to be able to keep writing about the book scene, until Martin suggested that we start SRB together. I have a great day job where I write about politics and policy and economics, but I still read three or four books a week. Sometimes I’d write [book reviews] without a place to put them; that’s how I process the reading experience. Now we have this outlet where I can post my reviews again, make them part of the conversation. For me, a review isn’t whole until other people can read it.

How have your professional experiences of the past year fed into the planning and mission for the new site?
I put a lot of thought into what I think Seattle needs and what I can deliver. It’s important to be a member of the community, a cheerleader, but to be aware of the community’s faults, the things we need to do better. Ideally I want Seattle Review of Books to be a place where things that happen get noticed and shared without having to compete with other arts sections.

We also wanted to make a site that was inclusive, which is part of my day job—inclusive economics, we call it. Helping the middle class spend money, to empower themselves and enlarge the economy as opposed to money trickling down from the top. The site is an extension of that. We want SRB to be a place where we reflect on the average reading life in Seattle, and empower readers to become advocates for the kind of literature they love. It doesn’t have to be from Seattle or literary fiction.

Talk to me about your experience on the board of Seattle City of Literature and that UNESCO bid. Based on what I’ve gathered publicly, you weren’t on it very long, correct?
I joined the board officially on a Saturday, I think, and the whole board quit the next Friday. I was the last one in. It’s interesting, because that was framed as an issue of free speech by certain outlets in town, and that was not the issue. The issue was the person who was the executive director wrote something inflammatory about a writing program. As Seattle City of Literature, we needed to have a clear understanding that SCL is in favor of writing programs of all sorts. The executive director can write whatever he wants as a writer, but the city needed to know that he as the director could defend those programs. That’s part of the job, to be an advocate for all of the city of literature. He was not willing to make that distinction, and he also proved remarkably resistant to criticism. So we left. Then he started the bid again, and now he is no longer affiliated with the board he brought together the second time, so… that seems interesting. SRB is a partner and endorser of Seattle’s current City of Literature bid. I was at the launch party for it with the new executive director, Bob Redmond, who I think is great.

I realized from that experience that I don’t think I’m a board type of person. I’m much happier in a role like the one I play now at SRB.

What shape would you say that UNESCO bid is in?
The bid is exactly the same, which is, “Hey, Seattle is a great city of literature, and UNESCO should acknowledge it as such.” [Former SCL executive director] Ryan [Boudinot] recognized that Seattle is a city of literature, and the new executive director realizes that. We have submitted a bid and hopefully it’ll be recognized on its own merits, not on any drama that surrounded the whole thing.

What makes Seattle special as a literary city? And what about it is underappreciated by Seattleites?
We’re a little bit spoiled in Seattle, to be honest. We have readings every night of the year, except for Christmas and Thanksgiving, and in any city where that happens, after a while people get used to it. They treat it like scenery, like beige background paint. The responsibility of the media is to keep directing people’s attention to the things that matter. Our city is amazing for literature, but the media has sort of failed the city’s literary scene by not devoting as much page space as it could. The ad dollars aren’t there, that’s the sad truth.

From your position as a fan, advocate and curator, what would you say to both Seattle’s authors and its readers about what they can do to grow the city’s literary reputation?
I want to wrestle with the suggestion that I’m not a part of it because the point of the site is that literary criticism is literature. Literary reviews are a part of the publication process, and we want to endorse that. I’m contributing an important part, even though I don’t have a literary novel inside me that’s turned me into a bitter book critic. My message to readers and writers: We’ve got to get together more often. We need to have more readings, more festivals. Maybe not as big as Northwest Bookfest, but scalable festivals, like the APRIL Fest or the upcoming Lit Crawl. It’s not one side versus the other. It’s not authors versus critics, it’s not readers versus authors. We’re all on the same team. We all love books. We need to show up and support other people who feel the same way.