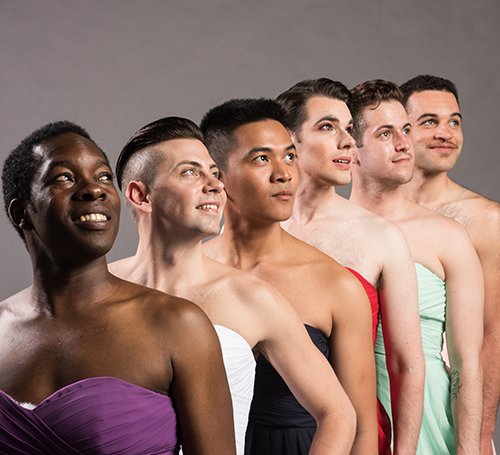 The first offering from promising company A Sensible Theatre Co., Pageant is a seldom-done, dragtastic musical from 1991, with an Edwin Drood-like choose-your-own-adventure-style ending selected by a very special panel of audience members acting as beauty pageant judges. Six contestants vie for the title of Miss Glamouresse: Will it be Miss West Coast? Miss Industrial Northeast? Miss Bible Belt? “This will be a production of Pageant unlike any ever done before, one that honors the camp, fabulousness and charm of the material while also bringing the show into the context of 2018,” says director Charlie Johnson.

When set to work in the brains of writers, standard prompts can yield an array of wild results. For Radial Theater Project’s new show, they asked four playwrights to think about the holding pen that is the airport’s cell phone waiting lot, and more specifically, what’s happening in all those cars around you while you wait. Andrew Lee Creech, Jackie De La Cruz, Nick Edwards and Maggie Lee all responded to that question with plays that last no more than 20 minutes—because that’s how long you’re allowed to wait in the lot.

Here’s the promo copy for Lauren Weedman’s newest solo show: “With her hair bigger than ever, Lauren Weedman and her fine band are ready to take you on a journey of heartbreak, laughter and fresh starts.” I don’t really know what that means, but I do know that if Lauren Weedman is the writer/performer and Alison Narver the director, this is a show I will see. Weedman is an endlessly compelling stage presence, funny and intense, and I’m sure that’ll hold true whether she’s singing, dancing, playing herself or fictional variety show host Tami Lisa.

If you, like most people with eardrums, are entranced by the sultry vocals of Prom Queen, you’ll want to check out this all-new adaptation of the Mata Hari story at Can Can. Prom Queen (aka Celene Ramadan) stars alongside the Can Can Dance Company in a multigenre show featuring new choreography, original music and projected visual art. Also, as this is the Can Can, enjoy it all with a fresh-from-Pike Place seasonal menu and tasty cocktails. Sounds like this could be a collab worth going subterranean during summer in Seattle, and that’s saying something.