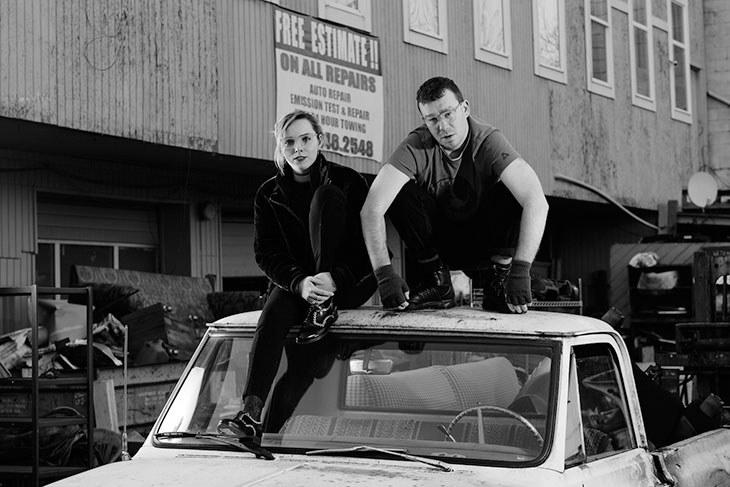 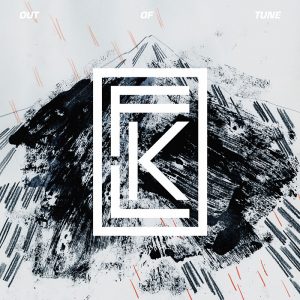 Out of Tune
By FKL

Scroll down, swipe right, change time zones, hit the treadmill—modern life is spent in perpetual motion but it so rarely confers actual movement. No hair-splitting semantics or contradiction here; the distinction is essential to understanding our ongoing ennui. It’s performance versus action, the appearance of progress versus real progress, the stories that we tell to define ourselves versus the ephemeral, mercurial selves we are always becoming.

It’s a discomfiting predicament, one which the debut LP by FKL describes in exacting, hypnotizing detail. The title Out of Tune speaks not of the music—this stuff is expertly executed minimalist electro-pop—but of existential discrepancy. There’s the proper tuning and then there’s the version we get.

“I convince myself that there is more to me,” Sage Redman sings on the album opener, her voice pulsing liquid-like through a deluge of electronic syncopation and waves of synths. The line sums up Out of Tune’s prevailing sentiment. Further lyrics reveal that “Convinced” is set on an airplane, similar to “Seats” a few songs later, where Redman watches an in-flight movie from the gap between the seats in front of her. “Now I’ve got it all in front of me,” she coos. “Thank God that that’s behind me.” It’s a snapshot of a mundane moment that, in FKL’s hands, evokes big ideas and bigger feelings. Up in the air indeed.

Redman’s partner in songwriting, composing, production and occasional singing is British-born Joe Gillick, and their recent biography explains much of FKL’s obsession with vacillation, physical and otherwise. They met while studying pop music at University of London’s Goldsmiths College and fell into the city’s dance-music and pirate radio scenes before moving to Redman’s native Seattle last year. (It’s worth noting that FKL is a foreshortening of the duo’s original band name, Funktionslust, a German term for the pleasure that comes with doing the thing that one is best at.) Throughout Out of Tune, Redman’s lyrics address themes of arrival and departure, transience and permanence, while the duo’s complex beatsmithing shifts and slides and eschews predictable groove. “I’ve been here for years/I’m ready to leave,” Redman sings on the sinister, sinuous “All I Got.” And later, on “Temporary,” over a haunting synth arpeggio and skittering electronic drums, “I pump temporary blood through temporary veins/And I go to get my hair cut temporary length.”

Two stunning songs lie at the antipodes of FKL’s stylistic spectrum. “A Different Street” occupies the overlap between minimal techno and soulful synthwave, relentlessly propulsive and fit for late-night dance floors. “Violence” is suspended animation, a fragile moment caught in crystalline relief via Redman’s gorgeous vocal melody and ghostly piano chords. Lyrically, the former reads as a first-person recollection of misunderstanding and anxiety; the latter is inspired by the feminist treatise Women in Dark Times by British scholar Jacqueline Rose. Between them lies a young lifetime of restlessness and longing, sure of itself if not quite sure where to go.