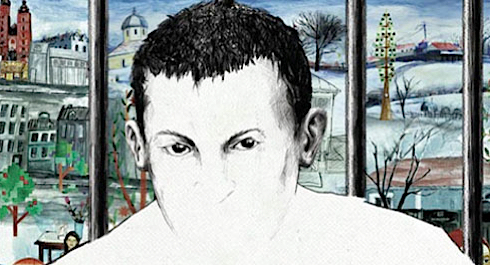 'Crulic: The Path to Beyond'

When the yoke of the Ceausescu Regime was lifted from Romania in 1989, that country’s filmmakers took their newfound liberation and ran with it.

The innovative and emotionally powerful movies produced in the ensuing two-plus decades have unflinchingly faced the demons of their homeland’s past, and achieved international attention in the process. Cristian Mungiu’s period drama 4 Months, 3 Weeks, and 2 Days won the Palme d’Or at the 2007 Cannes Film Festival. Other Romanian efforts like Cristi Puiu’s 2005 black comedy The Death of Mr. Lazarescu and the late Cristian Nemescu’s 2007 dramedy California Dreamin’ likewise garnered worldwide critical acclaim and a slew of trophies from film festivals in Cannes, Brussels, Berlin and elsewhere.

This weekend at SIFF Uptown, you can catch some rarely seen Romanian gems at Seattle’s second annual Romanian Film Festival.

Aside from fleeting glimpses at the Seattle International Film Festival, seeing Romanian movies in a Seattle theater has been a relative rarity. “These films had won a lot of awards, and they were starting to become quite the thing in cinema studies circles,” Otilia Baraboi, President of the American Romanian Cultural Society (ARCS) says of her homeland’s post-communism cinema. “But it was a pity that in a city like Seattle, where there are many international film festivals, Romanian cinema was so underrepresented.”

Baraboi and the board of the ARCS responded to this void by creating Seattle’s first Romanian Film Festival in 2014. The ARCS was only a year old at the time. “We formed our organization for many reasons,” she says. “We want to promote awareness of Central and Eastern European culture in general, and we want to introduce Romanian language courses at the UW. But the Romanian Film Festival is our signature event.”

The ARCS started small, sponsoring the screening of two Romanian films at the SIFF Film Center in 2013. “SIFF said they’d stopped bringing Romanian films to the Festival because of a decrease in interest,” Baraboi says. “We said, we have a big community and we can mobilize everyone to come.” Sure enough, the screening played to a packed house.

The first official Romanian Film Festival in 2014 followed suit, selling out the Film Center on opening night. “We had to turn people away on the first night, so we realized we had to find a bigger venue for the next edition of the Festival,” Baraboi says. The ARCS decided on the SIFF Uptown for the Romanian Film Festival’s 2015 iteration. The Uptown’s larger size meant that the small nonprofit needed to raise nearly double the funds. Last summer, thanks to an extensive email campaign, the ARCS successfully gathered monies from some 70 different private sources.

The theme for the Festival is One Eye Laughing, One Eye Crying: Tales of Resistance, which aptly reflects the spirit of the seven feature films on display. A vein of coal-black humor runs through many of the movies, including the opening night feature, Aferim! Romania’s official submission for the Best Foreign Language Oscar and winner of the Berlin Film Festival’s Silver Bear Award, Aferim! follows a Romanian policeman in 1835 tasked with tracking down a Gypsy slave who’s allegedly slept with his master’s wife. It’s essentially a black-and-white western suffused with Jim Jarmusch verite-art touches, and its salty frankness about anti-Gypsy racism elicits laughter, discomfort and horror in equal turns. “I think it represents a certain, very Romanian way of looking at life’s contradictions,” Baraboi says. “Cinema and laughter are powerful ways to fight against injustice and political oppression.”

One of the goals of the Romanian Film Festival, Baraboi says, is to reflect the ethnic, social and racial diversity of Romanian society as a whole. In addition to the persecution of the Gypsy population addressed in Aferim!, the documentary Goldfaden’s Legacy chronicles the history of Yiddish theater through the efforts of Romanian author Avram Goldfaden, and Trading Germans exposes the Ceausescu regime’s trafficking of ethnic Germans out of 1970s and ’80s Romania. “[Diversity] suffered through the communist regime,” Baraboi says, “because we were all forced to adopt a uniform national identity that erased every difference between us.”

The 2015 Romanian Film Festival looks poised to exceed its predecessor’s success. Opening night at the Uptown has nearly sold out, forcing organizers to move the event from the 175-seat Cinema 1 to the 270-seat Cinema 2. In the meantime, Baraboi and the ARCS plan on a long-term strategy of fortifying their following and continuing to use SIFF Uptown as their primary venue. “Even if we fill up the Uptown for the entire festival, I think we’ll keep it within those limits for awhile,” Baraboi says. “We’re a team of volunteers with day jobs, doing this on the side, so it’s amazing we’re getting it done with the limited human resources we have.”

Detailed information on the 2015 Romanian Film Festival’s programming, guest filmmakers and ancillary events can be found here; tickets can be purchased here.