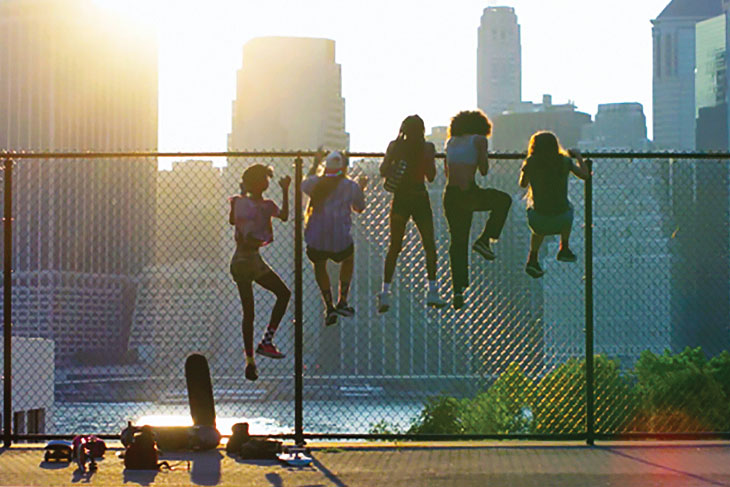 After the wild success of Easy Rider, Dennis Hopper decamped to Peru with a stockpile of drugs and ideas intending to produce the ultimate meta-movie Western and his defining artistic statement. Eventually the whole thing spiraled out of control and the resulting film was buried by the studio. Now it has been newly restored and you can check out this baffling, challenging, idiosyncratic work for itself. —Matt Lynch

Take It Out in Trade

It’s notorious trash auteur Ed Wood’s long-lost late period nudie cutie film. A lot of movies like this don’t have much personality; they’re just a clothesline for one softcore strip scene after another. Wood’s eccentricities and usual tactics make this seem seriously personal: the goofball mugging at the camera, the jump cuts, the stock footage, the corny jokes. Oh, and Wood himself in drag as Alicia, a serious point of empathy in this not-so-subtly progressive (for its day) gem. —Matt Lynch

From the early decades of cinema, Kino Lorber has collected and restored more than 60 seminal short films and features directed, produced and written by women. Filmmakers such as Alice Guy Blaché, Lois Weber and Nell Shipman made powerful, memorable films that dealt with birth control, gender identity and sex work. Another seminal filmmaker, Mabel Normand—who taught Chaplin how to direct—is represented with four slapstick shorts that she wrote, produced, directed and starred in. This collection offers a wide variety of choice cuts. —Mark Steiner

This follows an all-girl teen skate crew and new girl Camille (Rachelle Vinberg) as they explore the city of New York after dark. Social media, parties, loneliness, family and friendship are all considered through the realistic lens of director Crystal Moselle (The Wolfpack), and accompanied by an amazing indie hip-hop soundtrack. —Emalie Soderback