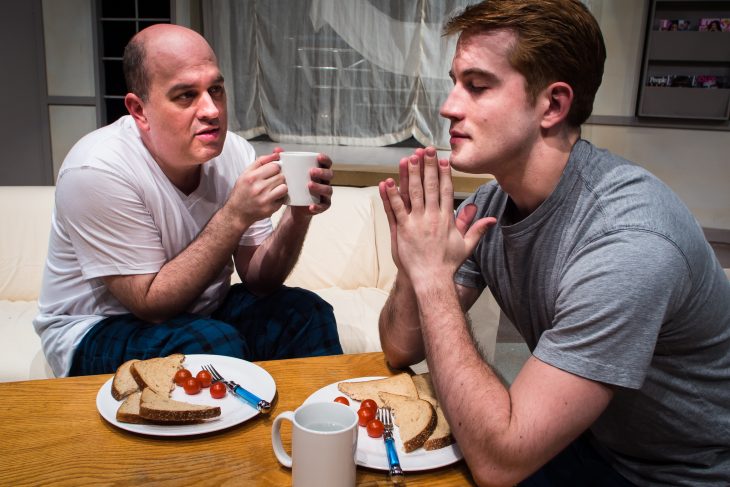 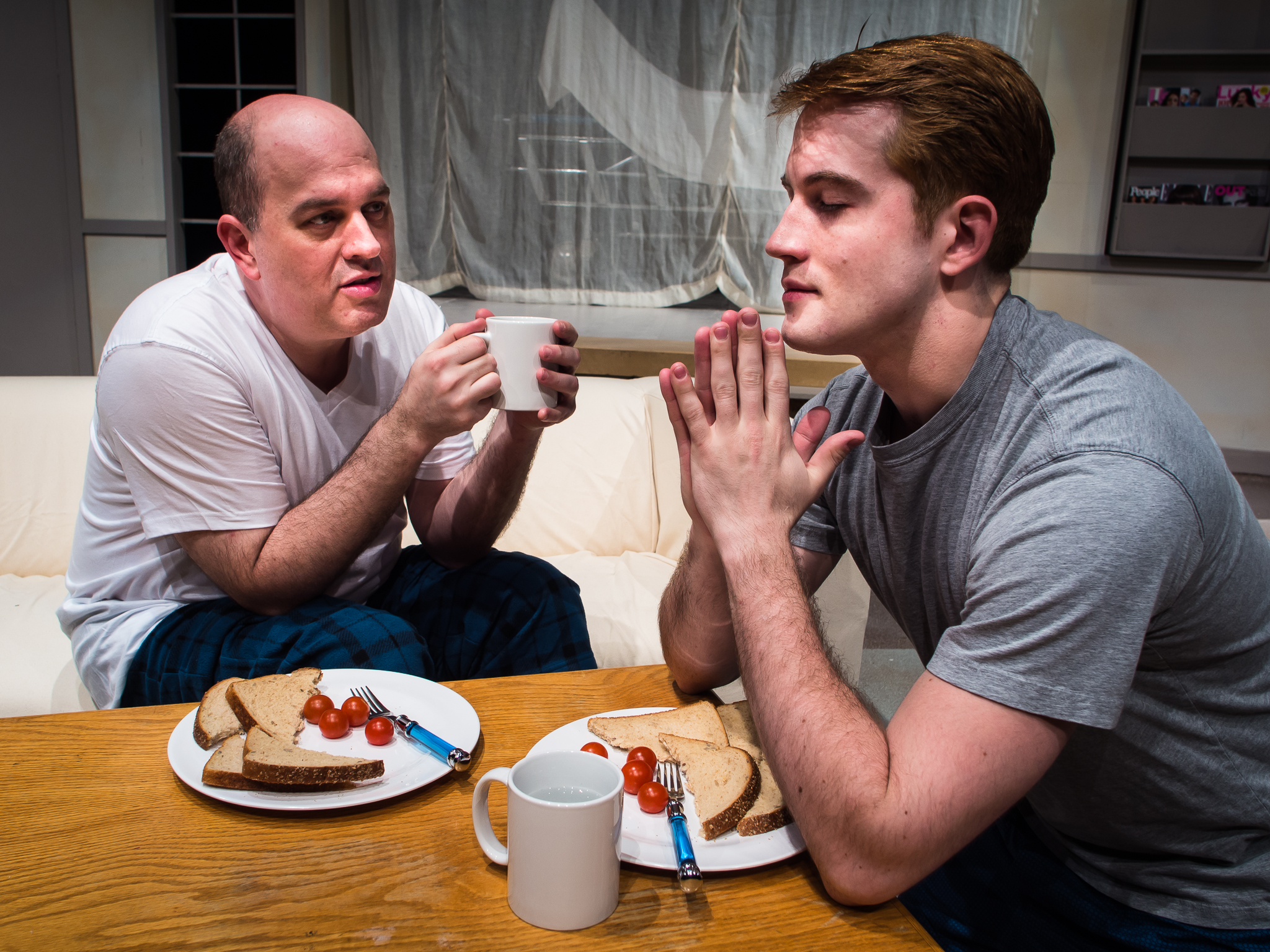 The premise of Next Fall is the quintessential pre-Referendum 74 nightmare: Adam (ArtsWest artistic director Christopher Zinovitch) and Luke (David Elwyn Traylor) have been living together for five years—unbeknownst to Luke’s Southern fundamentalist Christian parents—when a car accident sends Luke into a coma.

The timely relevance of the Arts West production, which opened last Wednesday, cannot be overstated. Next Fall kicks up all of the political and religious turmoil of last fall, when the fight to legalize same-sex marriage rocked the state.

Half of the action takes place in the hospital waiting room where Adam and his would-be in-laws wait for news of Luke’s condition, along with Adam’s longtime friend and confidant Holly (Kate Witt) and Luke’s uptight Christian friend, Brandon (Daniel Stoltenberg). Burton Yuen’s set transitions seamlessly from a modern hospital waiting room to an urban loft as flashbacks fill in the back story to Luke and Adam’s conflicted relationship—their first meeting at a party, the morning after their first night together, moving into their apartment and subsequently “de-gaying” it for a surprise visit from Luke’s father.

As a couple, the two are matched like they stepped out of a Woody Allen movie. Luke is a hot, young aspiring actor and devoted Christian who prays before meals and after sex. Adam is a sarcastic middle-aged aspiring writer whose sex appeal comes from his self-deprecating wit and whose secularity seems code for non-practicing Jew. (It’s New York City, after all).

Traylor and Zinovitch share a sweet and believable intimacy and what the couple lacks in lip-locking chemistry they make up for in comfortably physicality and cheeky pats on the behind. As Luke lovingly nudges Adam to accept Christ, Adam urges Luke to accept the hypocrisy of a Christ that would let the murderers of Mathew Shepard into Heaven. The energetic Zinovitch is charming and heartbreaking as Adam; as he attempts to play the role of reasonably concerned friend, his barely contained agony makes it impossible to keep your eyes dry and your heart rate from rising.

Geoffrey Nauffts’ snappy dialogue is riddled with assumptions ranging from the overt (Luke’s mother, Arlene, cheerfully stating that both her Chihuahua and her neighbor are Puerto Rican) to the subtle (Holly assuming that said Puerto Rican neighbor is Arlene’s cleaning lady). Director Cindy Bradder has put together a production that embraces superficial stereotypes with a canny wink before punching you in the gut with cold, hard prejudice. In the couple’s apartment, a stuffed Tinky-Winky shares shelf space with OUT magazine and we laugh knowingly and nervously when Luke’s stony father Butch tells Adam he’ll take his tea “straight, thank you.” But when he asks his own son “if the n****r was a f*g” the silence is deafening. It’s funny, until it isn’t.

The same is true of secular sarcasm. It’s easier to be an atheist than a Christian when exchanging repartees with friends over cheap wine and Chinese takeout, but in the hospital waiting room facing a final judgment, well, that’s another story.

When it debuted on Broadway in 2009, The New York Times called Next Fall the first artistic exploration of questions specific to interfaith same-sex relationships—the essential one being whether or not one can truly be accepting of homosexuality while maintaining the belief that it is a sin. Ultimately the play refuses to answer the religious questions it raises, although an awkwardly executed split-second re-awakening by Luke gives Adam new reason to believe.

When it comes to equal rights for same-sex relationships, though, the production plants itself on firm ground with no political evocation necessary. The orderly’s demand of “family only” resonates long and loud in a country where defining family continues to be a privilege held by certain people—only. But while Washington’s Referendum 74 could have ensured Adam access to Luke’s hospital room, it would take a lot more than a marriage license to gain entry into Luke’s family.

With this in mind, Arts West inspires faith in the belief that where we cannot make laws we must make art, and when we make both is when we make change.

Next Fall runs through April 6 at ArtsWest. Photo by Michael Brunk.