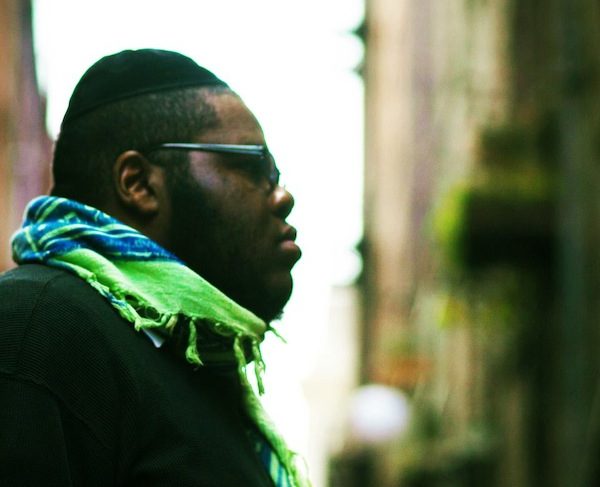 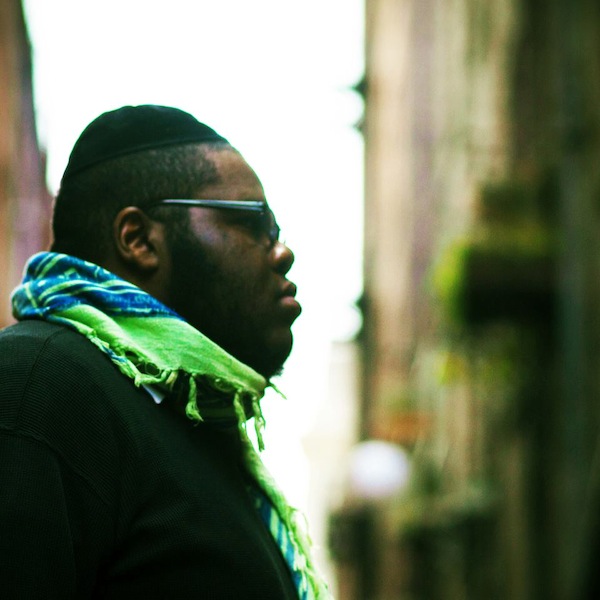 Damian Black started out as “D. Black,” a rapper who detailed street life in the Central District. He then converted to Judaism and retired from music. Now he returns as an Orthodox Jew named Nissim. Throughout his transformational journey, Black has played a pivotal role in Seattle hip-hop.

After releasing his debut album The Cause and Effect in 2006, Black emerged as the most visible bridge between the socialist soul rap of the mid-2000s, led by the Blue Scholars, and Seattle’s street-focused voices. His rich voice and lucid lyricism were more accessible than his stylistic counterparts. He performed at Bumbershoot and Block Party. He appeared on the Scholars’ “NxNW” event alongside Macklemore and others in the positive-political rap vanguard. This cross-subgenre collaboration, coupled with a lineage that traces back to Seattle hip-hop’s origins, cemented his importance to the scene.

After two successful albums, Black retired in 2011 at age 24 to pursue spiritual growth. He moved his wife and kids to an Orthodox Jewish community in Seward Park, took part in a Jewish wedding ceremony and changed his name to Nissim. He didn’t listen to music for almost three years. Then late last year, he felt God pulling him back to music, and in February he released the 15-song mixtape Miracle Music.

“I think the difference between D. Black and Nissim is that before I dealt with struggles that were specific to the hood. Now I deal with things that everybody goes through,” Black says. “I see a different struggle at Rainier Beach than I do with kids at private schools.” Black, wearing well-worn Chucks, khakis, white short-sleeved dress shirt and Yarmulke, smiles often as he spoons Greek yogurt and sips coffee at Caffe Vita in Seward Park.

Black maintains that his music is not limited by his conversion.  “I am not religious rap. I don’t approach the microphone thinking, ‘How can I write Torah ideas into what I’m saying?’ I don’t want to do anything to offend who I am as a Jew, but at the same time, as much as it’s possible to reach a person, whatever it takes to get that done, I’ll do it.”

The catch is that thus far Black’s personal narrative has overwhelmed the work itself. On the recent mixtape, his flow shines for its controlled breath and ability to fill wide spaces with economical word choice. He also sings more, evincing a natural feel for melody. But those strengths are obscured by beats borrowed from mainstream rap that are past their expiration date and lyrics steeped in a spiritual positivity that lack the punch and nuance of his pre-retirement material.

Black’s return has been widely reported in local media, self-published video interviews and Tumblr posts that triumph context over content. The news of his return is the news. The actual work has been lost in the rush to marvel at a gangster rapper turned Orthodox Jew. Yet the narrative itself is not so simple.

His first album, framed by media and Black himself as one-dimensional gangster rap, is dynamic and complex. Black’s tales of vengeance are imbued with weary resignation, as if he’s never fully convinced of their worth. An undercurrent of spiritual longing surfaces throughout the record. He bookends a love letter to his deceased mother with readings from Psalms 91; his contemplation of Christ’s racial makeup is interrupted by a call to the street. But lately, the record’s depth has been reduced to Black’s scowling face in the liner notes as evidence of his subsequent transformation.

Black discovered Judaism before releasing his second album, Ali’Yah, Hebrew for “ascent.” On the record, he expresses frustration at being dismissed as a gun-toting gangster, but elsewhere he furthers that perception of his old self. The press surrounding the release spotlighted his transformation, his unlikely transcendence of a dark past. This change became an important component of his artistic identity. (Even King-5 ogled as he read the Torah in his studio.) The record expertly reflects the growth of a changing man. Its cohesive production allows Black to summit new emotional peaks as he confronts competing influences with nuance and refinement.

While he is adamant that his new music is non-religious, his religious community is already embracing him. His video for the mixtape track “Chronicles” gained over 50,000 views after popular Jewish website Aish.com posted it on their front page. “I’m a Jew, and people from the Jewish world who love hip-hop or just love the message are going to support it. My message is for everybody, but they hopped on it faster.” His new record is done and due out in the fall.

Black’s narrative arc is as intricate as it is unique. His challenges will be to transcend his own story, shift the conversation back to his art, and capture the complexities that make him so compelling. His development is more fluid and desultory than is being presented, and embracing that will only strengthen his future work. Until then, he deserves some faith.