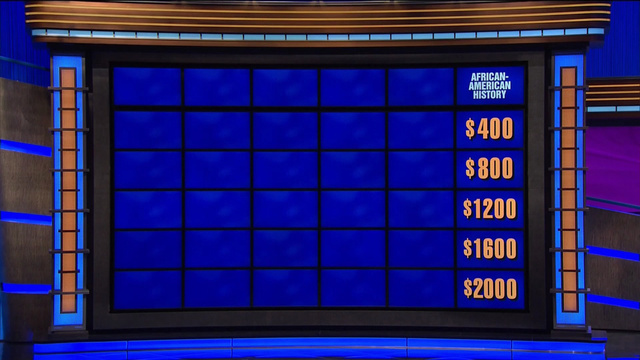 As a white man, a native Southerner and a standup comic, I felt queasy about Black History Month this year. A special type of nausea spread in my gut, the churning dyspepsia of unresolved guilt. It started when a jury failed to convict Michael Dunn of first degree murder for the death of Jordan Davis. I was ambushed by a feeble rage. I hadn’t followed the trial until the day of the verdict.

My ignorance shocks me. I snickered with everyone else over this screenshot from an unfortunate round of Jeopardy:

But I’m no better. That would’ve been the last category I’d have picked, too.

I wasn’t even aware George Washington owned slaves until a week ago, when I followed a link trail into the thickets of Wikipedia from an essay about the Dunn verdict. Of course, I knew that some of the early presidents were slavers, but I certainly didn’t know that the Father of His Country, at the time of his death, owned 123 slaves, along with 40 leased from a neighbor and 153 belonging to his wife.

As the only member of my thrifty, middle-class household to graduate from college, I always assumed we came from poor stock, dirt farmers who couldn’t afford slaves. Thanks to the genealogical research of a perspicacious aunt a few years ago, I can no longer avoid a stomach-churning fact of my existence: I’m descended from slave owners. Filed away in the historical archives of a Southern university is the last will and testament from a patriarch of my line bequeathing human beings to his family in the language of an accountant.

I grew up 12 miles from where George Zimmerman murdered Trayvon Martin and attended college 40 miles from where Michael Dunn murdered Jordan Davis. I‘m sure I was a worse kid than either of those two but I have no memory of ever feeling physically endangered by an adult when I was 17, the age at which both boys were snuffed out by armed men.

Even my chosen vocation, standup comedy, is a direct outgrowth of systematized oppression and race hatred: the first center-stage joke-tellers were minstrels in blackface. Minstrelsy is the precursor to Vaudeville, standup’s father, cheaper than a large theatrical production but capable of thrilling audiences with clever, outrageous, transgressive words, as standup still is. This is yet another fact of my racist heritage.

Vast swaths of standup still traffic in stereotypes and normalized cruelty. In the hands of its laziest and least empathic practitioners it is a type of minstrelsy, a device for coddling unexamined privilege, a smirking invitation to continue thinking as you already do. The “edgy” comic drapes himself in the First Amendment while espousing retrograde opinions most commonly held by cranky, bigoted retirees. These comics are often the loudest voices within the comedy community, shouting down dissent. (Look at Lindy West’s Twitter interactions on any given day for an example of the backlash.)

I’d feel sympathy for these new minstrels if they’d ever stop shouting. Especially the fledgling ones; I know what it’s like to be desperate for a laugh, desperate to succeed at your craft, prepared to say anything and abandon any core value to get a reaction and stave off the silence. I’ve been there. In a broader context, I’m still there.

To confront this growing nausea, to jab it head-on like a gallstone in hopes that it might settle in a less uncomfortable position, I went to see Spectrum Dance Theater’s The Minstrel Show Revisited.  I knew what I was getting into, but it was nevertheless a harrowing experience, a nightmare vision. I left the theatre convinced that Donald Byrd, the show’s creator, is a seer and a secular saint. But I left no less queasy. 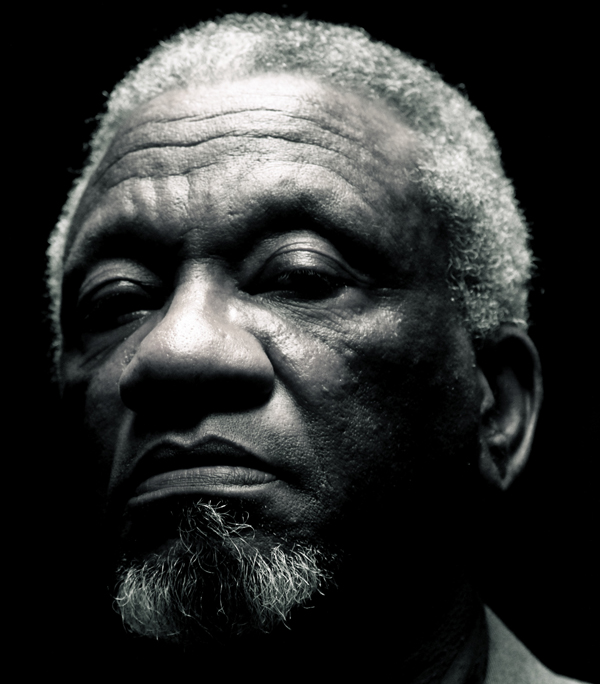 The Minstrel Show Revisited is an immersion into the horrors of blackface and its poisonous legacy. (Read Rachel Gallaher’s review of the show here.) Dancers perform masterfully executed choreography dressed in Sambo/Mammy costumes. The dance movements are interspersed with recitations of racist jokes, epithets, and, in the final act, a reading of transcripts from the Zimmerman arrest and trial. It is, in my opinion, the exact opposite of comedy. It’s anti-comedy. And yet it elicited laughter.

As a comic I believe I am uniquely qualified to assess different types of laughter, and I identified much of it as the evolutionarily hard-wired “laughter of distress”—that reflexive response to a tense situation that’s the edgy hack’s stock-in-trade. But that wasn’t the only laughter I heard. There was also, at certain points, the sound of genuine amusement.

Unthinkable! Byrd managed to wrest joy and humor from the most grotesque subject matter imaginable. He did it by demanding that an audience contend with his perspective, which also happens to be the job description of a comic.

After the performance there was a talkback. At two points in the show, Byrd had solicited racist jokes from the audience, and much of the discussion centered on that feature of the performance. Someone asked Byrd if he ever encountered race-based jokes that he actually found funny and he allowed that he has. There is a certain type of race joke, he explained, that traffics in stereotypes but does so out of love. He gave an example:

How many Jewish grandmothers does it take to screw in a light bulb?

None. We’ll just sit here in the dark.

A joke made out of affection and proximity to its subject, the longsuffering and selfless Jewish grandmother. This was not the cheap shorthand for belittlement and otherness of most race jokes. Its purpose was not to lacerate and lampoon but to know and draw near.

I thought, That’s the type of comedy I want to do.

This queasiness is what comes after shame, and it never really goes away. It subsides. As I write this, on the last week of Black History Month 2014, the nausea has lifted, at least for now. These words are what come next. I’m not sure what comes after that.