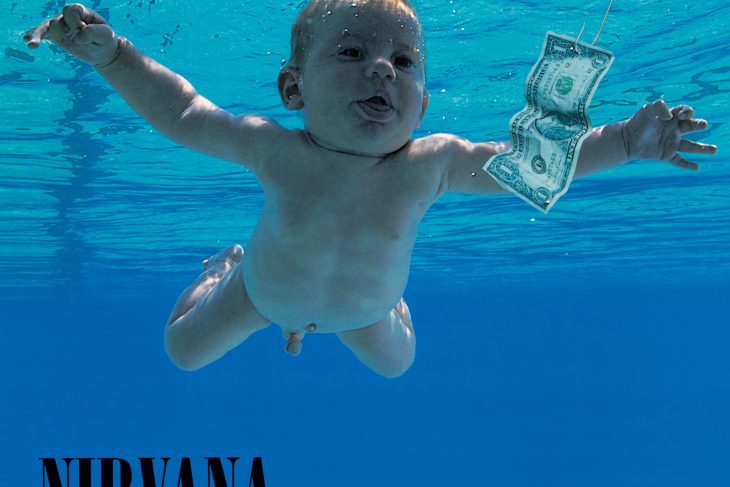 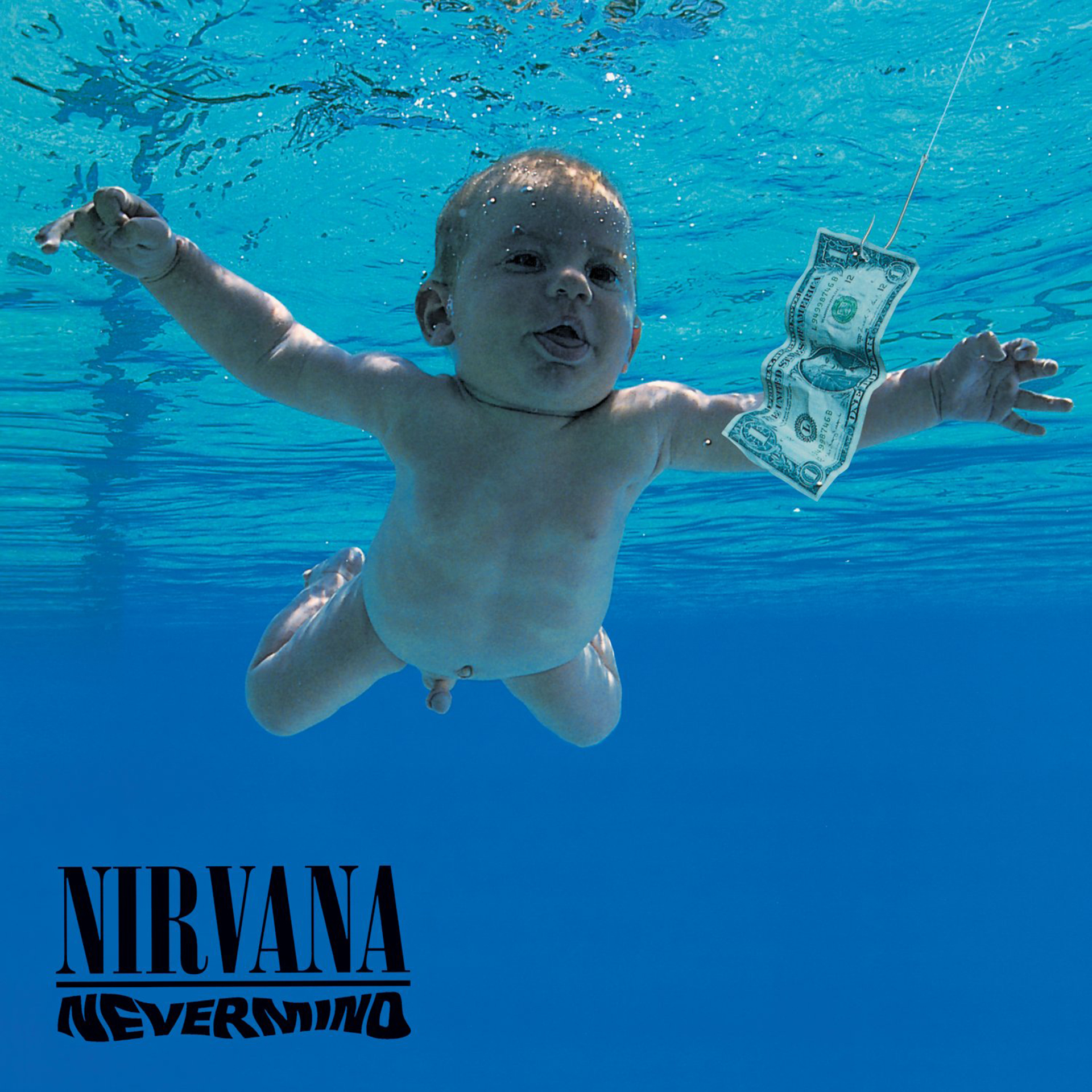 “Smells Like Teen Spirit” had been in stores for two weeks before the album it anticipated was released. With its nonsensical couplets (“a mosquito, my libido”) and self-deprecating self-reflection (“I feel stupid, and contagious”), singer/songwriter Kurt Cobain used the lead single of Nevermind to poke fun at the idea of a lead single. In so doing, he was ridiculing the same commercial vectors that would vaunt him to stardom in the coming years.

By the time Nevermind arrived on Sept. 24, 1991, the album’s cover made the latent message of “Smells Like Teen Spirit” clear: Americans are awash in materialism, chasing dollars on strings attached to inauthentic marketing schemes. The cover image of an infant Millennial named Spencer Elden reaching for a buck at the bottom of a pool anticipated a year (1992) in which American corporations spent a record $8 billion marketing to teens, adolescents and toddlers. Was Nevermind a buoy in this deluge of capitalist debris, or yet more commercial driftwood?

Twenty-five years later, it seems the answer is both. On one hand, Nirvana was preoccupied with what their growing fame was doing to their relationship with their “authentic” fans. In a promotional interview, Cobain lamented no longer being able to crowd-surf because Nirvana’s shows were no longer intimate. The Nevermind jam “In Bloom” showed the band at their jaded best, describing brainless bandwagon fans who “like to sing along” and shoot guns to Nirvana tunes without knowing the meaning of their songs. With lyrics like “come as you are, as a friend, as an enemy,” the grunge classic “Come As You Are” sorted fair-weather listeners from those who knew the band back when they were still playing grimy Seattle venues like the Crocodile and the OK Hotel.

But the irony of Nirvana’s attempts to signal their niche-ness to uninitiated listeners is that the signals themselves were incredibly popular. Ripped jeans, regional shout-outs and countercultural rage didn’t deter the masses Nirvana was wary of; they attracted them. Droves of fans who hadn’t heard of the group’s 1989 debut Bleach helped vault Nevermind past Michael Jackson’s Dangerous to the top spot of the Billboard 100 on Jan. 11, 1992. That very evening, the group performed the album’s punkish B-side “Territorial Pissings” on Saturday Night Live. After a searing recital, they destroyed their instruments, resulting in dissonant feedback that complimented the chaos of the original composition. Twenty-six million viewers tuned in that night to watch Nirvana party like no one was watching.

According to Francis Fukuyama’s 1992 book The End of History and The Last Man, this was, in fact, the end of history: a post-Cold War world where capitalism had so thoroughly eclipsed its socialist rivals in the Soviet Union and Third World that it could afford to give its critics airtime without fear of reprisal. The rambunctiousness of Nirvana did not dislodge the status quo; it proved its tolerance and adaptability. For Fukuyama, globalism only had to fear the instability arising from its own internal class divisions, as well as the suicidal impulses of radicals with no reasonable means of opposing its march to supremacy. Capitalism—to take the name of a tune from Nevermind—would become the “Endless, Nameless” context of life on planet earth.

As the ’90s wore on, Nirvana’s countercultural antics formed the basis of a new mainstream culture. Fashion companies like Calvin Klein monetized Kurt Cobain’s so-called heroin chic aesthetic, while Nirvana’s music spawned countless imitators. Even the band’s origins in Washingtonian backwaters came to be commercialized: in her 2010 book Girl Power: The Nineties Revolution in Music, author Marisa Meltzer describes how the Spice Girls rose to fame by relaying the unfiltered feminist stylings of Olympia’s riot grrrl movement into the family-friendly hits “Mama” and “Wannabe.” Seattle, meanwhile, enjoyed a reputation as a “boom town” in the ’90s by making the revolution in personal computing look like a liberatory frontier of individual freedom, instead of the new guise of wealth stratification and surveillance.

Kurt Cobain’s untimely death left American popular culture in an irreparable state of loss. As with Tupac, audiences wonder how he would’ve stayed one step ahead of market forces that gobble up rebels and cranks before they can grow to be full-blown revolutionaries. Cobain’s way of calling attention to the absurdity of fame while participating in it fully was equal parts significant in the realm of politics and culture. An avowed feminist who never lived to see the mainstreaming of feminism in the 21st century, Cobain absolutely would’ve been a much-needed white male ally to women in a culture largely devoid of them.

Nevermind found him and Nirvana at or near the height of their powers. As long as societies rush headlong to goals of dubious value with ends of immoral means, their dissonance will have a place on our cultural radar. The haunting “Lithium” remains an anthem of personal resilience in the face of loneliness, while the winding verses of “Drain You” show that Cobain—who often obscured the words he sang with loudness—could write lyrics with the best of his generation. Rebellion may be commoditized and counterculture can be reduced to rubbish. But even if it is capitalism’s duty to completely drain you, it still can’t corrupt the raw artistry of Nevermind.