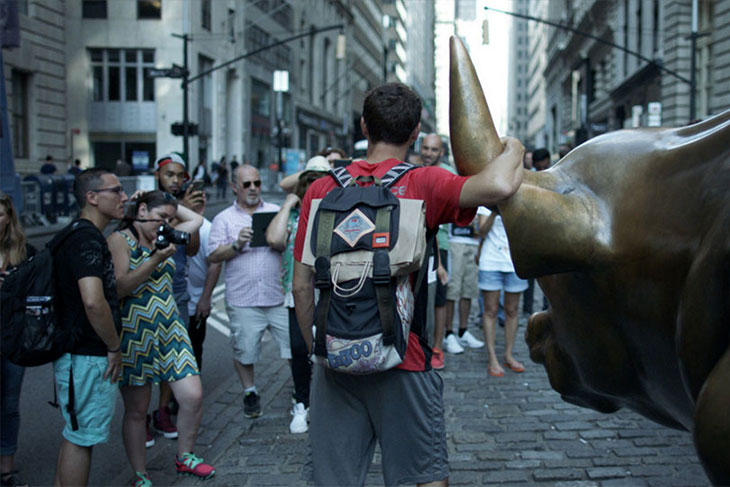 Open Books poet in residence Lena Khalaf Tuffaha teaches a workshop on poetry as an ongoing epistolary exchange. Who are you in conversation with? How does your writing practice fit into this larger conversation? —Sarah Galvin
Open Books

Not-So-Silent Films with David Keen and Nova Devonie: The Adventures of Prince Achmed

With its paper-cutout visual aesthetic, Lotte Reiniger’s little 1926 jewel of a movie is a specimen of handcrafted magic. Commissioned by the Northwest Film Forum, Seattle composers David Keen and Nova Devonie provide backup for Reiniger’s flight of Arabian Nights fancy, so this showing will be something to see as well as hear. No cover, donations accepted.
—Tony Kay
Royal Room

Oh… you STILL work there?

Lelah Maupin of Tacocat fame has inspired a group show at the Factory featuring work by folks who’ve worked in the service industry, servers who may or may not be (they definitely are) pissed when your group of sloshed bon vivants wants to split that check 10 ways. At nearby Amandine Bakeshop, While Supplies Last: Restock offers a smorgasbord of affordable works by emerging (and sometimes quite established) artists for emerging and established collectors. —Amanda Manitach
The Factory, Amandine Bakeshop

Theatre makers Frank Boyd and Libby King began creating Patti & the Kid, “a post-apocalyptic western with Nerf guns,” during the 2016 election cycle, with its constant crush of information and disorienting effect on the meaning of American citizenship. Maya Flory-Barnes Salas is the third collaborator on the broadly Godot-inspired piece. It’s been a long time coming and I can’t wait to see how it turns out. —Gemma Wilson
On the Boards

With a title like that, you might think this show is a heartbreaker, but the imagery, such as the haunting paintings of Saul Becker, is top notch. Guest curated by Can Gulan and featuring works by Becker, Mathew Borrett, Stephanie Buer and Madison Vander Ark, it’s an exhibit devoid of peopled landscapes, a visual document that savors and mourns things abandoned and the industrial skeletons they leave behind. —Amanda Manitach
studio e gallery

Singer-songwriter-producer Karl Blau has been operating out of Anacortes for almost two decades, releasing some 45 albums and EPs under his own name and recording friends and colleagues from the area. But it wasn’t until 2016’s cosmopolitan-country-leaning Introducing Karl Blau that I really caught on; last year’s indie-chamber-funk Out Her Space sealed the deal. —Jonathan Zwickel
Conor Byrne

This fiercely gorgeous evening of fashion and live runway performance carries on the tradition of NYC-underground ball culture documented in the 1990 film Paris Is Burning. Legendary Children shines a spotlight on our local QTPOC scene, and while you’re at SAM you should take advantage of the chance to see new exhibition Figuring History. —Kelly O
Seattle Art Museum

Lindy West: “The Witches Are Coming”

New York Timescolumnist and author of the bestselling memoir Shrill: Notes From a Loud Woman presents a talk entitled “The Witches Are Coming.” You’ll be excited to know that in addition to doing some public speaking this perennial favorite is also working on a new book. —Sarah Galvin
Benaroya Hall

With only frontman Rob Halford and the unsung steadying hand of bassist Ian Hill remaining from the classic lineup, the current Judas Priest tour is not the throwback fans might be hoping for. But with a career-spanning setlist, this may your last chance to hear these songs sung by one of the pioneering voices of heavy metal. —Dan Paulus
ShoWare Center