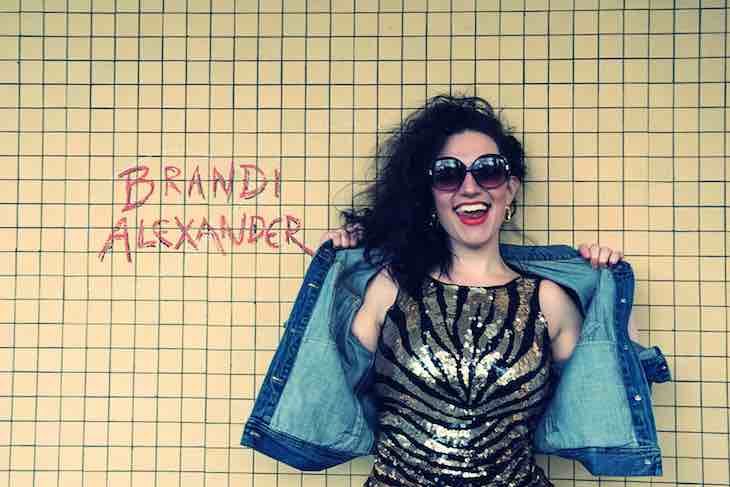 In 2016 Tatiana Pavela found out that another one of her friends had been raped, this time by a mutual acquaintance. She was furious. This was before the #MeToo movement took hold, back when Brock Turner got off with a wrist-slap, Bill Cosby’s first sexual assault case ended in a mistrial and Donald Trump was just a candidate.

“The first thing I thought was: If you are a man you can just take,” Pavela says. “Even those who aren’t rapists, they operate in a different way. Men assume their opinion needs to be heard. They speak first, they don’t raise their hand, they don’t wait. What if a woman just started taking?”

This question served as a catalyst for her new solo show at LoveCityLove, Brandi Alexander, about a female standup comic in the ‘80s making her comeback by opening for the man who raped her five years earlier. It’s an exploration of sexual assault, misogyny and self-loathing, forged in fury. Though the show is framed in the world of standup and contains jokes, it’s not expressly a comedy. Pavela is working through dark, confrontational subject matter.

The production, directed by Maggie Rogers (Washington Ensemble Theatre), consists of Brandi alone onstage at a comedy club ostensibly performing her comeback set. It spirals into a monologue about sexual assault, therapy, self-hate and chicken nuggets, among other topics. It culminates in Brandi presenting her “new hit single,” which is her speaking, singing and screaming the word “rape” for an uncomfortable period of time.

Pavela allows that the show is not for everyone. “Maybe it’s a show for five people that I know,” she says, half-joking. “It’s brutal. You have a woman who doesn’t really give a shit about being liked. She’s not trying to be an attractive woman onstage. She’s trying to show parts of herself that are very, very painful to watch.”

Four years ago, after making theatre in New York City for 13 years, Pavela moved to Seattle to get an MFA from the University of Washington. Her background centers on new work, physical theatre and experimentation, from puppetry to The Horse in Motion’s recent immersive production of Hamlet. Pavela is accustomed to going out on a limb artistically, and with Brandi Alexander she applies that avant approach to her own emotional reckoning with misogyny and rape culture. The prospect animates her with equal measures of trepidation and resolve. Part of her is concerned that audiences will walk out of the show; the other part is just fucking pissed.

“Anger is necessary,” she says. “The goal is not to hold onto anger—the main objective in life is happiness, right? I’m not saying we want to be angry, but the way to truly transform anything is to go fully into what you’re feeling. You can’t work through the anger by negating it or running away from it.”

Brandi Alexander runs at LoveCityLove May 24–27.