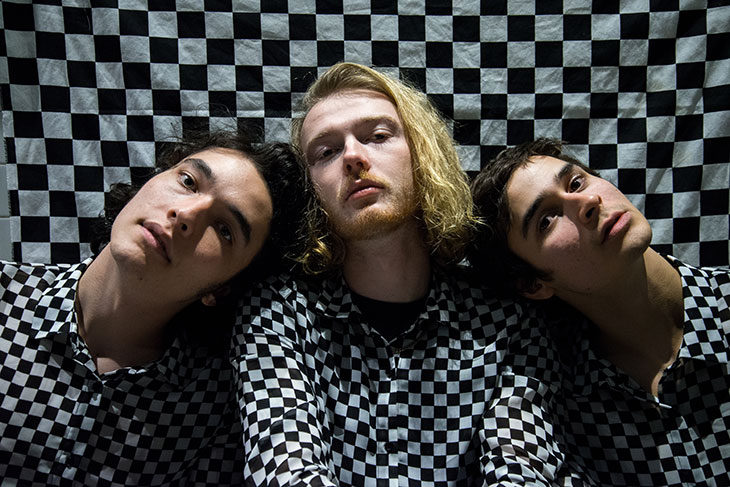 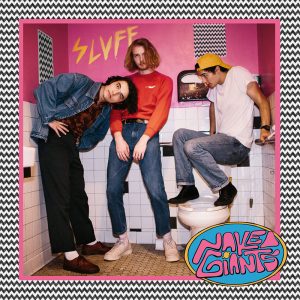 Naked Giants could hide only for so long. Since forming in 2014, the garage rock trio—Gianni Aiello on bass and vocals, Grant Mullen on guitar and vocals and Henry LaVallee on drums—has become a standout live act, delivering reliably raucous sets on bigger and bigger stages across the Pacific Northwest. Complete with high-velocity shredding and psychedelic whimsy, Naked Giants’ debut LP, SLUFF, captures the thrill of the performances that got the band to this point.

On SLUFF, Naked Giants play fast, free and loose but never sloppy. Precision and cohesion distinguish the band from many of their basement-born peers. Their ability to go hard and fast without disintegrating into chaos casts them into a similar orbit as Oh Sees, the Gun Club and the Feelies—garage- and psych-tinged bands that ride the risky, exciting edge between speed and collapse.

Naked Giants also delight in dramatic, unexpected slowdowns, suddenly taking all the intensity of lightning-fast riffs and channeling it into heavy half-time breakdowns. That musical whiplash dispenses an extra dose of surprise to SLUFF, as does the band’s travel between styles of rock, sometimes within the course of one song. “TV” jumps from the post-punk of Wire’s “Three Girl Rhumba” to the manic blues of the Jon Spencer Blues Explosion and back again.

Producer Steve Fisk—a Northwest icon who worked with Nirvana and Soundgarden—polishes SLUFF for larger audiences without sacrificing grit, echoing his work with Naked Giants’ tourmates Car Seat Headrest. On the title track, Fisk dramatizes the step up from minimal verse to massive chorus by gradually uncovering Mullen’s voice from beneath a muffling filter, raising the stakes for the song’s ’90s-ish alt-rock hook.

All three Giants sing, but Aiello and Grant sing the most, often trading vocals back and forth or singing tight, bright harmonies like their beloved Beatles (who get a shoutout in SLUFF’s liner notes). First single “Everybody Thinks They Know (But No One Really Knows),” whose title matches its anthemic pop-punk chorus, is streamlined and ready for the masses. Dissociative celebration “Dead Alien” contains a built-in invitation for audience participation, Aiello and Mullen belting, “I can make this song if I want to/You can sing along if you want to.”

If the album conjures images of sweaty sing-alongs between band and fans, that’s because that scene has already unfolded countless times: Naked Giants started out playing house parties in the U District. They forged their wild sound in front of a crowd, molding their music via the give and take of a live audience. SLUFF offers a rare opportunity to savor the results sans people shouting, hair flying and bodies crashing into each other—house-show music in high fidelity.

Dive into Naked Giants’ garage-rock influences, Seattle contemporaries and various soundalikes via this custom Spotify playlist by Gabe Pollak, and read the story behind the songs he chose on his personal blog.