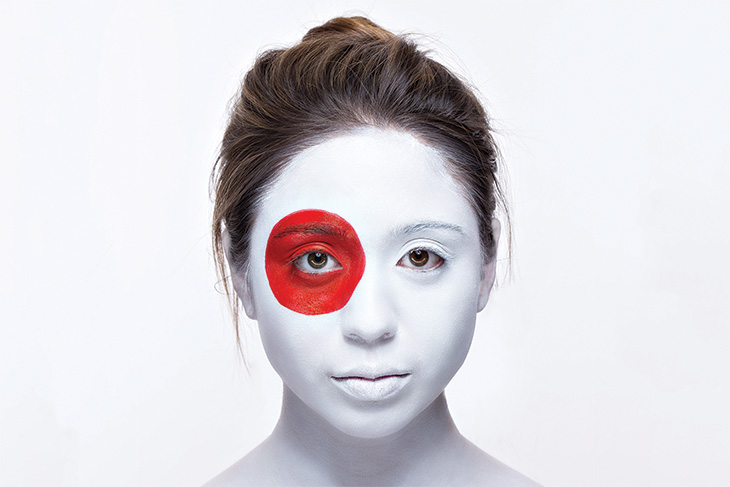 When stage lights come up on a young Asian-American woman and an older white man in an apartment together, playwright Keiko Green knows you’re going to make some assumptions about who they are and what they’re doing. We all make them, whether we’ll cop to it or not, and Green uses that to her advantage. Assumptions, after all, can be upended, and there’s nothing interesting about a play that only confirms surface-level perception.

Green’s play Nadeshiko braids issues of race and gender, purity and agency, into a story that values nuance over moralizing, and refuses to villainize or victimize. To say it’s “about” any one issue would be a vast oversimplification.

Nadeshiko, developed in collaboration with the Umbrella Project, premieres in Sound Theatre Company’s season featuring exclusively female playwrights and directors. In it, two storylines live side-by-side, connected but distinct. “We have a tendency, and rightly so, to think about how Asian women have been fetishized by Western culture,” Green says. “But the fetishization of Asian women that also happens in Japan is totally different and fascinating, and I wanted to compare those two experiences.”

In one storyline, a woman named Risa takes an unusual job she finds online. “She and her cousin, who’s a cam girl, are both young Asian-American women who decided, in different ways, that if people are going to look at me that way I want to make money from it,” Green says. The other storyline explores the World War II-era nadeshiko, young Japanese women who cared for kamikaze pilots before they went to war.

“Women aren’t only objectified in a sexual way,” says director Kaytlin McIntyre. “It manifests in different ways with different expectations, even as simple as being expected to do the dishes at your work.”

McIntyre has been involved with Nadeshiko from its earliest iterations at Seattle Rep Writer’s Group, of which Green is a member. The nadeshiko, she explains, is also a bright pink, feathery flower with medicinal properties that grows in harsh conditions. It’s both a lovely metaphor for the themes Green explores, she says, and a great example of conflicting cultural ideas about female strength. “Risa in particular is caught between the women she’s grown up around and the Western culture she’s immersed in—and how you can own your femininity inside of that.”

Nadeshiko runs April 13–May 7 at the Center Theatre at the Armory.