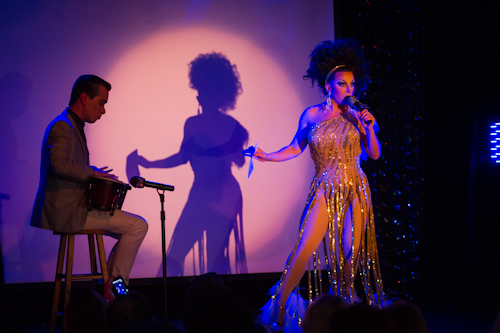 Julia’s was packed Monday night with friends and fans of Seattle’s very own Jinkx Monsoon, who, in case you haven’t heard, just won Season 5 of RuPaul’s Drag Race. The audience was treated to a viewing of Jinkx’s audition tape for the show and a few of Jinkx’s favorite local performers were on hand to celebrate her big win late in to the night. 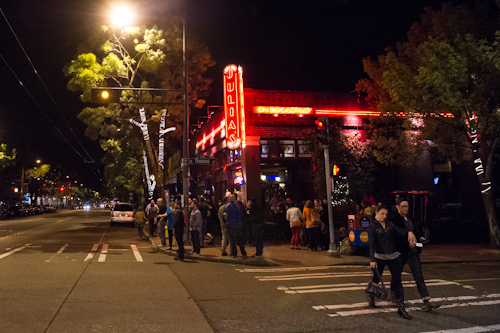 Jinkx showed off her stunning new crown as America’s next top drag queen, then dazzled the crowd with a rendition of “Don’t Cry for me Argentina” 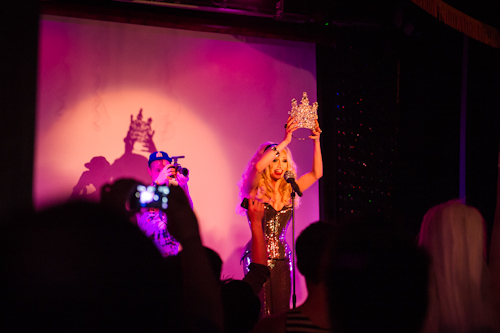 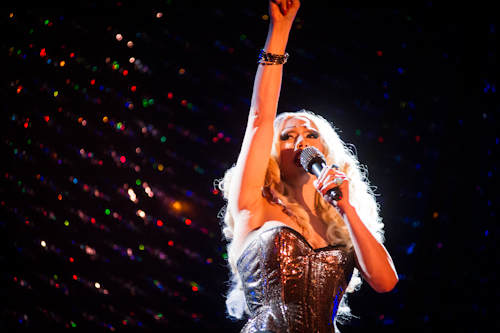 Ben Delacreme kicked off the night and hosted throughout the evening with sidekick Major Scales briefly joining in on the bongos.

Nick Sahoya (below) brought his uke for an amazing Bieber cover, followed by the Golden Glamazon, Sydni Deveraux who got the burlesque action going. 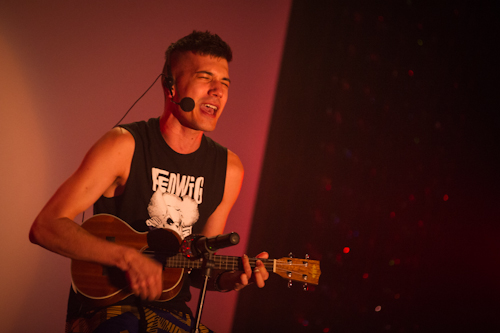 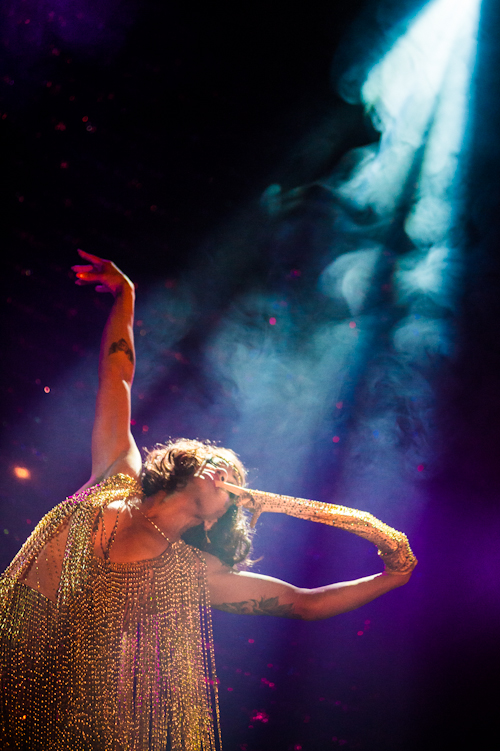 Fuscia Foxx showed us what belly dancing should be. 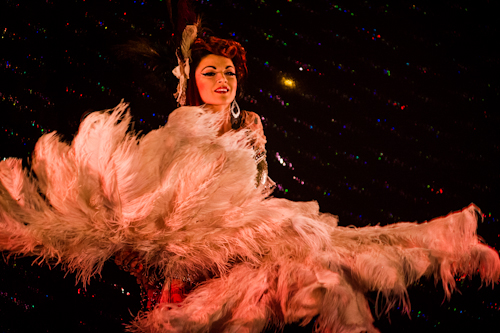 Jamie Von Stratton is known for her fashion designs, including nearly all of Jinkx’s wardrobe and her own elaborate piece (pictured below) worn Monday night. 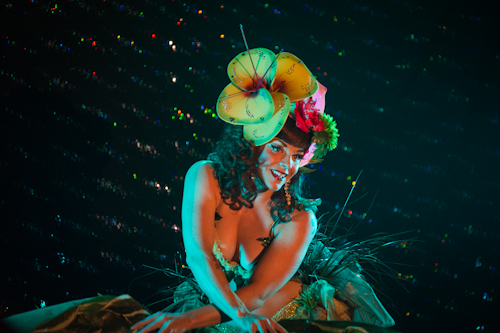 Tamara the Trapeze Lady worked the crowd from above with her aerial prowess. 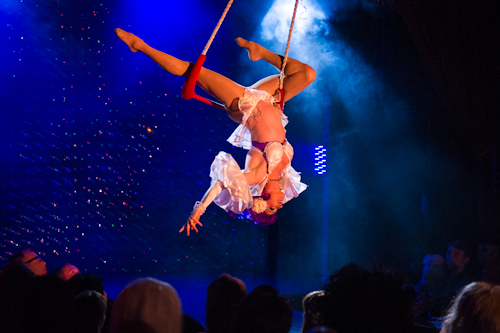 Jinkx’s fans packed out Julia’s to show their love in the biggest way possible for the local drag star. 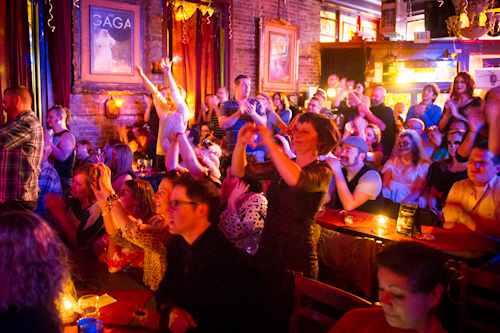