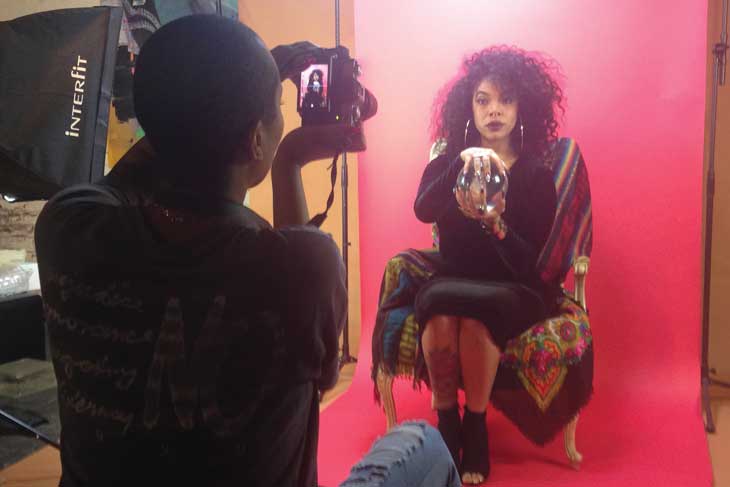 If you haven’t noticed already, witchcraft is booming! It comes up in no fewer than four places in this issue, most especially in this month’s cover story about the Hoodwitch, aka Bri Luna, who is among the leading figures in the nation’s growing embrace of magic—a trend that clearly reflects a collective need to cope with the anxiety and despair coursing through our culture at the moment.

I’m sure some of you are already wholly onboard with horoscopes and crystals and other means to magic; and I’m just as sure some of you are already rolling your eyes, thinking woo-woo is not for you. Cynics and skeptics, Amanda Manitach’s story may not compel you to leap on the bandwagon and learn to read tarot, but it will make you consider the long history of witchcraft, its worldwide endurance (despite frequent suppression) and the path to healing and empowerment it can provide. The circumstances of today call for the wisdom of many mothers’ mothers. Beauty and insight can be found in their ancient rituals. Sorcery is an art.

Jonathan Zwickel tackles another out-there subject in his feature about ambisonic sound, a wild audio technology that outdoes the fanciest of surround sound set-ups and Dolby theaters. In his story, Zwickel describes an all-new aural experience emerging both at the University of Washington’s DXARTS program and at local tech giants. Ambisonics convey a staggering sense of space and detail—listen and escape to anywhere.

Whether spiritual, technological or otherwise, I believe in magic. In whatever form it takes, enchantment has the power to ignite imagination, to stir emotion, to create the ineffable, to transcend.