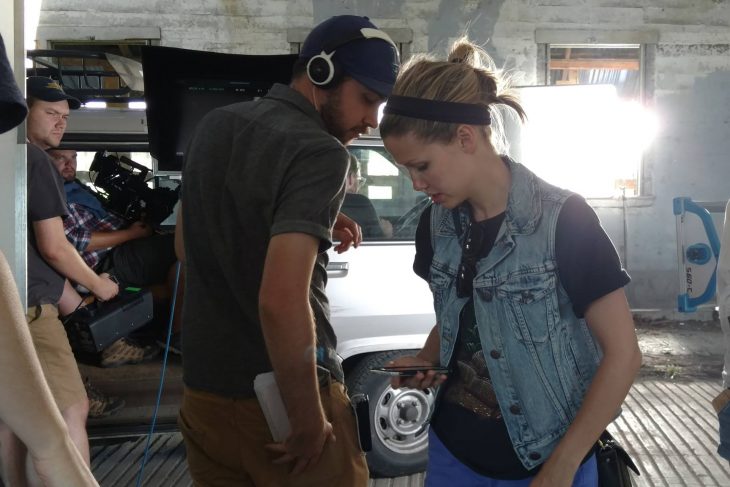 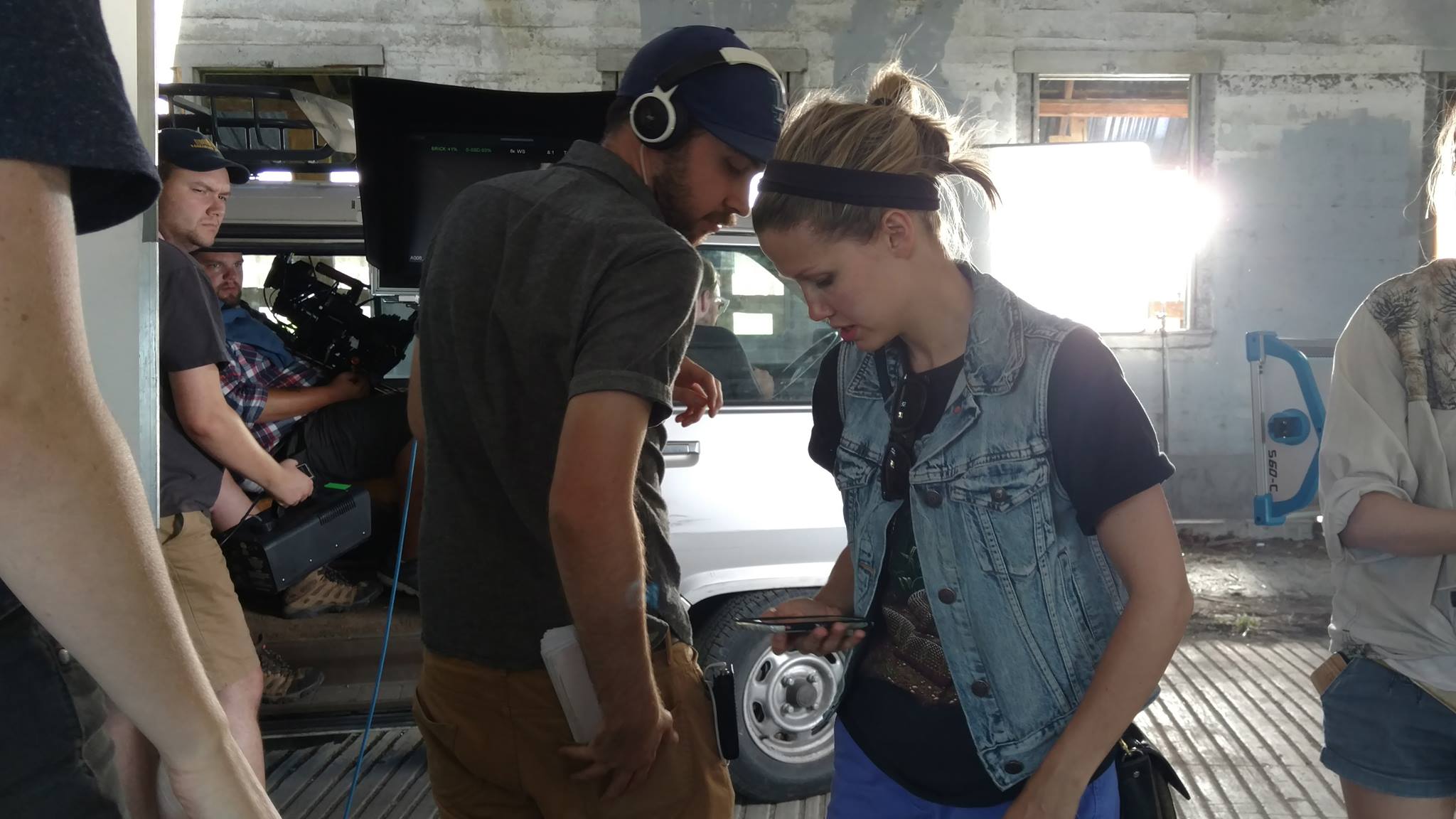 With their new short film Mixtape Marauders, Seattle production team Visual Pollution continues their foray into the intersection of film and music. Last year they garnered acclaim for their affecting music video for Erik Blood’s “Chase the Clouds,” which told the story of budding love at a gay conversion camp in the ‘60s. This year at SIFF they screen their newest work, described as a “visual mixtape” and featuring songs by nine different artists connected by a loose-limbed narrative of youthful infatuation and endless-summertime leisure.

The lead characters in Mixtape Marauders, Cheech and Patrick, are a pair of millennial stoner music geeks driving around Stanwood, Wash. selling weed while expounding upon the perfect mixtape, that elusive homemade mosaic of musical styles and moods that serves as cultural signifier and emotional touchstone for so many young dudes of a certain finicky inclination. This glimpse into suburban folie à deux is equal parts nostalgic, goofy and achingly sincere. Watching the film, one gets a sense of the dual game at play: the mixtape in question is simultaneously the creation of the filmmakers and their younger manifestations.

Mixtape Marauders will screen May 25 at the opening night of SIFF’s ShortsFest. I spoke to producer/editor Megan Leonard and writer/director Peter Edlund about their film, the festival and the challenges of setting moving pictures to song.

Can you talk about how music has become so intertwined with your current work?
Peter Edlund: It’s a result of me being obsessed with music from a very young age—probably more so than film. With Mixtape it was very intentionally looking at this thing that both my brother [actor and co-writer Ian Edlund] and I are passionate about and telling a story that comes from personal experience.

Megan Leonard: We really enjoy doing those kinds of projects because it allows us to experiment with what we’re trying to do in a space that’s a little lower pressure. We like to create a story to go into those music videos.

With this film, you’ve figured out a way to incorporate music that I haven’t seen done before. Would you call it half film/half music video? It’s this hybrid creature.
Peter: We’re “market-testing” by calling it a visual mixtape. We wanted to do something that incorporates music video techniques into film and tries to make an active representation of listening to music. A lot of times [in film] you have that removed view of someone listening to music, but with Mixtape we were trying to capture that visceral feeling we have individually when we listen to good music.

Was the challenge to weave in songs that were appropriate to the scenes? Was your starting point the music you wanted to showcase, or the story?
Peter: They were hand in hand, but the music changed a lot through the writing process. When we brought on Sandy Wilson, our music supervisor, and actually started the process of trying to get the songs, that was really challenging. We were working with a very limited budget because it’s a short film, so there was a lot of give and take. Sandy was incredibly patient and did an awesome job of helping steer us to labels that would be more amenable to this kind of project.

Through this process we probably ended up with three or four songs that were originally in the script; for everything else we just kept going through the process of reaching out to people and getting turned down. The soundtrack we ended up with is ultimately better than what we originally had, because we really had to think about what the function of the song is in each of these scenes, as opposed to, “Here’s a song I like that’d be cool to have in this movie.”

Megan: The unique challenge we faced with this project is that all of the songs had to be confirmed before we could go into production. Each of the songs needed to be selected in advance because, as you saw in the film, they’re moving to the music or talking about the song as they’re listening to it. So we were locked in once we were in production.

What were the considerations for choosing the music?
Peter: We wanted it to be a very diverse range of musicians and styles of music. We shot the film around the area where I grew up in Stanwood—for me, a big part of interest in music was access to art and culture and diversity of experience that I wasn’t getting in my actual life.

A big part of it was, number one, trying to get a lot of genres and styles of music in there and number two, playing with those juxtapositions of styles. When both Ian and I were making mixtapes we’d have a lot of fun trying to put things next to each other that would normally not be put next to each other.

It’s not totally clear in the film when it takes place. Was it a deliberate choice to not hone in on the media used to listen to music?
Peter: We definitely talked about that. They’re not on their phones all the time!

That really stood out, which is kind of sad almost…
Peter: “Why isn’t there a scene of texts?” We played with having things that more directly signified what era they were in but it kinda fit the hazy stoner vibe to leave it malleable. It lets people plug their own nostalgia into it. They’ve built this little subculture for the two of them around this art of making mixtapes and it kinda brings home how that’s not a thing people do anymore. There isn’t quite the same level of nostalgia for CDs that we have for vinyl or even cassettes. But for me, CDs were the end-all.

Do you see correlations between film nerds and music nerds? Or do they get mashed together in your mind?
Peter: I think pop culture in general has been mashed together because of the Internet. You can move fluidly between the different pillars of nerd-dom. It’s so easy to link one thing to the next and go down a Google rabbit hole; highbrow and lowbrow are taken on equal terms. When you’ve spent your whole life exposed to everything it all blends together into this big jumble of music and films and comics and Magic the Gathering—whatever. I endorse it all!

Megan, you’re a programmer at SIFF, so in addition to the screening on Thursday, what are some things that have got you excited about this year’s fest?
Megan: There are so many films that I absolutely adore in ShortsFest, including the rest of our programming opening night with Jakob Rørvik’s Nothing Ever Really Ends and Fabio Friedli’s In a Nutshell. Two other programs I wanna pitch are the “Women on the Verge” program, and I also programmed the “WTF?!” shorts, on Sunday. So weird and messed up and funny.

Do the shorts people inhabit their own table in the lunchroom? Does the festival look different when you’re going there to screen a short?
Megan: Oh yes, it’s totally different. I feel like short filmmakers are much less jaded—they’re all so excited. It feels like camp: “We can do it!” That’s the nice thing about all the shorts being put during this one weekend; everyone gets to come and experience it all at once together. It has a very different energy than the rest of the festival, which I love.

Is that because they haven’t had to go through the grueling process of a feature film so they’re relatively unscarred?
Megan: It might be that. I feel like a lot of feature filmmakers, once they’ve had their world premiere they don’t ever sit through their film again. “It’s so long! Let’s go get a drink.” Whereas short filmmakers are like, “I can sit through my 17-minute film again.”

The Erik Blood video got pretty wide circulation and he loved it. What is the feeling like when you’re showing the video to the artist who made the music? That’s gotta be nerve wracking.
Peter: I’m definitely excited for the artists to see [Mixtape Marauders]. It’s a little different because we’re paying them and Erik was paying us, so I felt a great personal responsibility to Erik. He’s a musician I really admire and then when I got to know him he’s this amazingly wise and talented individual. So with “Chase the Clouds” I felt a real personal responsibility to not fuck that up, whereas with these artists [on Mixtape] I’m hopeful they’ll like it but if they hate it, at least they got paid a little bit. Emphasis on “a little bit.” [Laughs] Everyone who was willing to participate in this film I have so much love toward, for agreeing to do this for a pittance.

What’s up next?
Peter: We have a video coming up. I can’t quite talk about it yet. We have a short project we’re looking at shooting this summer, then we’re working on a feature-length version of Mixtape. Ian [Edlund] and Peter [McNally], the two leads, are coming back for SIFF and we’re gonna get to sit down and workshop the script. It’s extremely helpful to hear people say the words instead of me just saying them to myself as I pace around my bedroom like a crazy person.