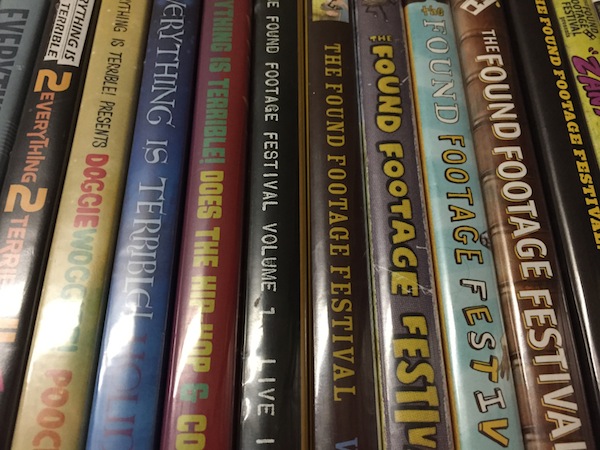 Making collage art out of existing footage has been possible since the advent of film. After all, motion pictures are just extremely long collages projected at top speed to create the illusion of continuity. But in the past 20 years, easier access to sophisticated editing equipment has made it possible for nearly everyone to manipulate and repurpose visual media to suit their own agenda. Many avant-garde filmmakers have been working this way for decades, but I’m not here to talk about arty experimental films. I’m here to talk about glorious trash.

Creating entertaining media is a continual learning process, heavily influenced by fluctuating public tastes. Millions of hours of inadvisable junk gets churned out by production studios large and small, much of which is crammed almost immediately into the bottom of the cultural dustbin, never to be seen again. Fortunately, there’s a group of people out there saying “not so fast!” and gathering together those clips many would happily choose to forget and sculpting them into beautiful, hilarious odes to failure.

There are three preeminent comedic found footage collectives working today, each outfit reflecting a different approach to processing the material.

Everything is Terrible, like most of these outfits, finds footage from old VHS tapes gleaned from thrift stores, dumpsters and friendly donations. The EIT folks edit at a feverish pace, blending and overlapping audio, even using analog-like visual effects to meld the images into psychedelic loops. The resulting experience often makes you feel like you’re on drugs (if you’re not already).

Found Footage Film Festival offers a more formal presentation. The hosts, Joe Pickett and Nick Prueher, explain the clips before screening them, and you can listen to a live audience react to the insanity as it happens. These videos are the best introduction for the uninitiated.

TV Carnage is less frenetic and trippy than EIT. They will often create a semblance of continuity, something that feels like a “narrative” for their shows, but the priority is allowing the viewer to wallow in the inexplicable clips that they have unearthed. 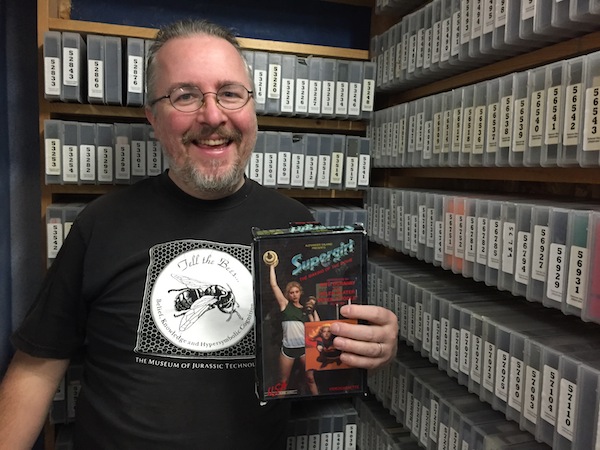 My favorite FF video of all time is a local creation called Viva VHS. Which brings me to Leo Mayberry, the video’s editor and co-creator and a video designer for the Degenerate Art Ensemble. Mayberry was on the vanguard of the found footage movement. “I worked at a video duplication house and that’s where things went crazy,” he explains. “We’d save little bits and pieces of things we found while dubbing people’s home movies or corporate videos. I have a tape somewhere that just has scribbled on it ‘the world’s worst speaker tells the least funny joke ever.’ It really was probably a horrible violation of trust.”

Almost certainly. But for an audio/visual geek, finding the perfect lost clip is like finding baffling, static-y buried treasure. Before the advent of high bandwidth Internet, it wasn’t nearly as easy to get a fix as it is now. “There was a lot of tape trading,” says Mayberry. “It was a real mixed bag. Often, they were just a short tape with one thing on it. One of the first things I remember being edited strongly was the Heaven Only Knows video. It dubbed in farts every time this religious evangelist would make his ‘receiving God’s message’ face. It still holds up.”

Watching Viva VHS is a lot like spending time with Mayberry, the pied piper of confounding, forgotten artistic folly. Viva is a stream-of-consciousness patchwork of failed movies and TV disasters, broken into six different categories (including education, fitness, and of course, drugs). One of my favorite clips is from a live benefit for kids from the late ’80s, in which Bobby McFerrin performs a medley from The Wizard of Oz. It plays like a televised descent into utter madness (Yes, that is Blossom doing the intro). These are the moments from media’s past that the cultural gatekeepers would prefer we all forget.

Fortunately for people like me, it’s getting hard and harder to bury these fantastic abominations. Found Footage junkies are sprouting up everywhere. Shows like Collide-O-Scope and Monster Planet at Re-Bar are fun local places to get hooked on crap, creatively filtered into an art form all its own. You should look into it. It’s important to recycle.