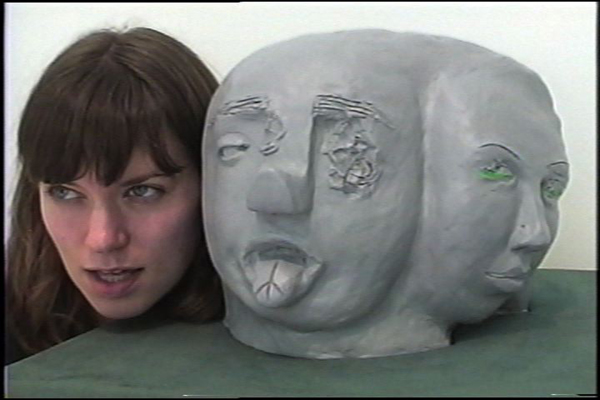 It’s finally here! Ambitious and a little crazy, but here.

Friday night more than a thousand people lined up around the block to get into Frye Art Museum for the opening party and (partial) unveiling of Mw [Moment Magnitude], a curatorial collaboration of Frye director Jo-Anne Birnie Danzker, Joshua Kohl, Ryan Mitchell, Doug Nufer and Yoko Ott. That’s a lot of curators in a relatively small space, and the list of artists included in the show is even longer: Jeffry Mitchell, Leo Saul Berk, Rebecca Brown, Anne Fenton, Matt Browning, Wynne Greenwood, Perfume Genius, Shabazz Palaces, THEESatisfaction, Maikoiyo Alley-Barnes and more have work on view now. Special events, performances and more artists (23 in total) are scheduled to show up over the course of the coming months.

The exhibit gets its title from the moment magnitude scale that seismologists use to measure the size of earthquakes. The show claims to constitute a seismic shift in institutional and curatorial attitudes, a shock to the system. Beyond that, the curators assert that the unifying theme of this pastiche exhibit is sheer love for the artists they chose to include. They also agreed it was messy.

Some of the mess is wonderful. Doug Nufer has installed a series of wunderkammers filled with writer Rebecca Brown’s possessions. Called God, Mother, Country and Rock & Roll, it’s a fascinating glimpse of Brown’s need to fill her work space—dedicated to an abstract, immaterial practice—with physical things. Brown’s cabinets are overflowing with Catholic statuary and rosaries, marionettes, plushy Kafka dolls, Beatles paraphernalia, dog-eared books and all kinds of tchotchke-esque “shit from her house.”

(Music) videos light up across Mw [Moment Magnitude] and feel like the spiritual descendants of works in the Frye’s permenant collection. Anne Fenton’s Success and Wynne Greenwood’s Big Candy and Culture Keeper are especially at home: Fenton, draped on a sofa languidly, apathetically, and Greenwood, running around on her hands and knees on the floor while dressed in a cheesy, bright red animal costume, are projected on gallery walls usually occupied by paintings of ecstatic saints and leering femmes fatales. While Greenwood’s lo-fi videos make wry mockery of music video clichés (including the aestheticization of females), the hypersexualized videos of Perfume Genius tackle subjective representation completely differently. His Hood is as decadent as any Secession-era imagery or Wildean fantasy, but it offers the male artist himself as object of desire, fully decked in bright maquillage and lingerie.

The Black Constellation (Shabazz Palaces, THEESatisfaction, Maikoiyo Alley-Barnes) occupies another gallery with the video Ode to Octavia. Ode is as polished as an art house ad, with girls in lacy dresses running through corn fields, interspersed with saccharine shots of waterfalls, iridescent beetles, and idyllic, firefly-littered Midsummer nights. Fittingly, it’s projected in the same room that was filled with luminous landscape paintings in the Frye’s exhibit last month. 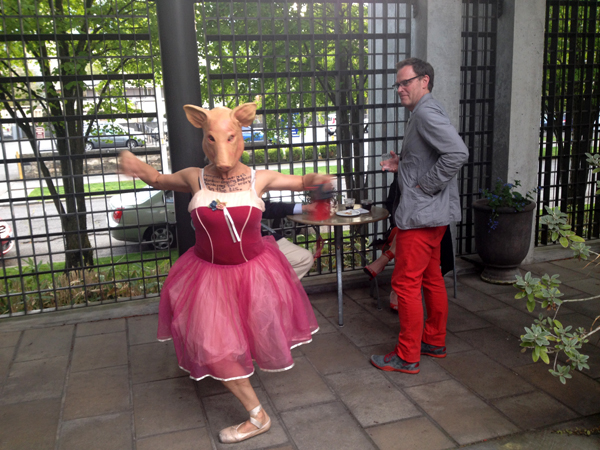 Some of the mess is less graceful. Rather than systematically place works by each artist in his or her own space, artists like Jeffry Mitchell and Leo Berk are mixed up throughout the galleries, and some art isn’t shown in its best light. Matt Browning’s minimal paintings of shimmering, black tree sap on wood panels are literally overshadowed by Berk’s bombastic, sparkling, fiberglass Spider Hole, like an awkward penis joke.

In opposition to the energetic, spastic verbiage of Mw [Moment Magnitude], Browning’s sap Landscape series quietly illustrates the unfixed nature of the exhibit and the local creative energy Mw [Moment Magnitude] tries to capture: liquescence that will never completely dry up, a steady force that strains and shifts, transforming so gradually as to be imperceptible. Constant flux.

Love and mess and occasional curatorial clusterfuck aside, Mw [Moment Magnitude] packs plenty of great stuff. It also signals that Frye Art Museum is striving to position itself as one of the go-to institutions for placing contemporary local art within historical narratives. And, if Friday night was any indication, for throwing stellar parties.