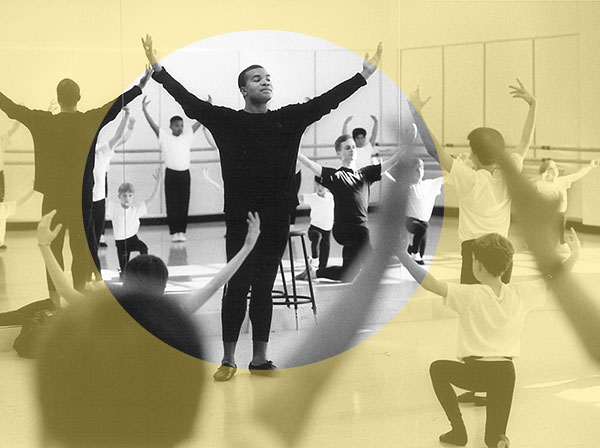 Kabby Mitchell leading a rehearsal at the PNB school in 1993. Photo by Kurt Smith

Kabby Mitchell III, internationally renowned dancer and choreographer and devoted fixture in the Puget Sound arts community, died on May 4 at age 60. In 1979, after Edna Daigre of Ewajo Dance Workshop encouraged Mitchell to relocate from Oakland to the Northwest, Mitchell became the first Black company member of Pacific Northwest Ballet, and was a soloist with the company when he departed in 1984. As a dancer, he performed with prestigious groups like Dance Theatre of Harlem and Nederlands Dans Theater; as an educator, he taught at the PNB ballet school and Evergreen State College. Throughout his career, Mitchell was famous for his dedication to young artists of color. He choreographed at theatres around the city, including for the long-running holiday show Black Nativity at Langston Hughes, and a longtime passion project, the Tacoma Urban Performing Arts Center, is slated to open this July. Last year, the Mayor’s Arts Awards honored Mitchell as a Cultural Ambassador for the City of Seattle. A memorial service for Mitchell will be held on July 9 at the Paramount Theatre.