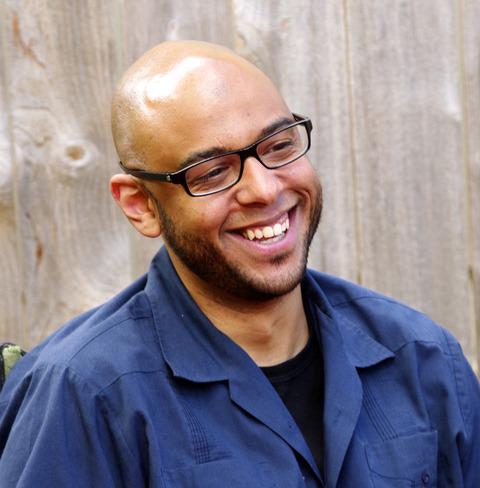 True to its DIY ethos, the Vera Project has always opted against implementing a hierarchal top-down structure. After crusading on behalf of Seattle’s all-ages DIY music scene louder than anyone else for 14 years, the Seattle Center-based nonprofit hired its first-ever executive director, Tim Lennon, late last month. The announcement was met with pleasant surprise by the Seattle music community.

Lennon arrived in Seattle in 2001—the same year Vera opened—and worked everywhere from Elliott Bay Book Company, One Reel and even tended bar at Hidmo Eritrean Cuisine, the former community hub/restaurant at 20th and Jackson. More recently, the 37-year-old Providence, R.I. native oversaw summer concerts, the Mayor’s Arts Awards and public-space art activations at the Office of Arts & Culture. We spoke with him as he approached his first day at Vera.

You’re the first executive director at Vera Project. How does that feel?
It’s just an honor to be hired to work at Vera in any capacity. The staff here is phenomenal, the board is great and the members and volunteers are just everything. Getting to serve this community for my day job is a dream come true. The Vera Project has always been volunteer- and member-driven, so to some extent the titles of the staff—especially directors—aren’t as important as the extent to which we can support the greater Vera community’s vision for personal and community transformation.

You’ve worked in the arts community for awhile now in Seattle. Have you always thought you’d land somewhere a job as director of an arts-focused organization?
I never thought I’d be an executive director per se, but I’ve always worked to serve the arts and music communities here and this is a culmination of that work. I’m not an artist myself but I revel in creating space and opportunities for people to connect through the arts. For most of my time here I’ve been a solid behind-the-scenes guy. The role of executive director involves a ton of that kind of work but it also means being an ambassador and evangelist for the organization. All of it is in service to creating opportunities for the Vera Project, its critical mission and the community, and I’m eager to take that on.

What scares you about making this leap to Vera?
Right now I’m feeling really excited. Maybe the fear might sink in later, I don’t know. I just want to do my best to help create, expand and sustain space for the work Vera does in the lives of all involved and for the city as a whole. If I live the old “true and sincere friend” ethos of the Vera community and work hard every day then I don’t think I’ll have much to fear.

You’re a person of color heading an organization that, while aiming to be inclusive, attracts mostly white patrons. In what ways are you going to bring more diversity through Vera’s doors?
The Vera community has always been diverse and dedicated to creating an all-inclusive all-ages participatory creative culture. That said, I recognize that there’s a lot room for growth and improvement in both the size and diversity of the membership. I think the roadmap to both growing our membership and connecting to new communities is already in Vera’s very DNA. Vera started out doing shows in venues across the city and tackling a ridiculous law [the Teen Dance Ordinance, defeated via grassroots activism in 2002] that adversely impacted every young person in the city. By meeting people where they were and inviting them to co-create the world they wanted to see, we got many diverse communities engaged in changing the Seattle landscape—creatively, culturally and politically. Fast-forward to now and once again we need to meet folks where they are, identify and boldly take on common challenges and build a new world together.

What’s something currently not happening at Vera that needs to happen?
I have a lot to learn and I’d like to hear answers to that very question from as many people in the Vera community as possible before making any major changes. But a few things that folks want to see happen are bolstering our education programs and securing Vera’s reputation as one of the best places for all-ages arts education and creative workforce development (aka the place to go to get the skills you need to get the cool jobs you want). Also restoring and expanding the full internship program—historically one of the major pipelines for future arts, music and nightlife professionals in Seattle and doing more shows and events outside of the Seattle Center space with as many different communities as possible. We’re also looking forward to building new relationships and partnerships with the organizations at Seattle Center and with our friends in the art, design, music and nightlife scenes citywide.

Will you be the first person of color to be an executive director on the Seattle Center campus?
The Director of Seattle Center itself, Robert Nellams, has been doing amazing work there for years. As far as the resident organizations, I don’t know if I’m the first E.D. of color but I’m sure I won’t be the last. To mangle by way of paraphrase the King quote, the arc of the arts-organization universe is long but it bends towards equity and inclusion. We’re starting to see big shifts in how we as a field address longstanding inequity in both audience and organizational make-ups. Much of this work locally is being helped a lot by the work of the Office of Arts & Culture! Arts organizations like those at Seattle Center will have to work hard to better reflect and serve the whole community if they’re going to thrive in the 21st century.