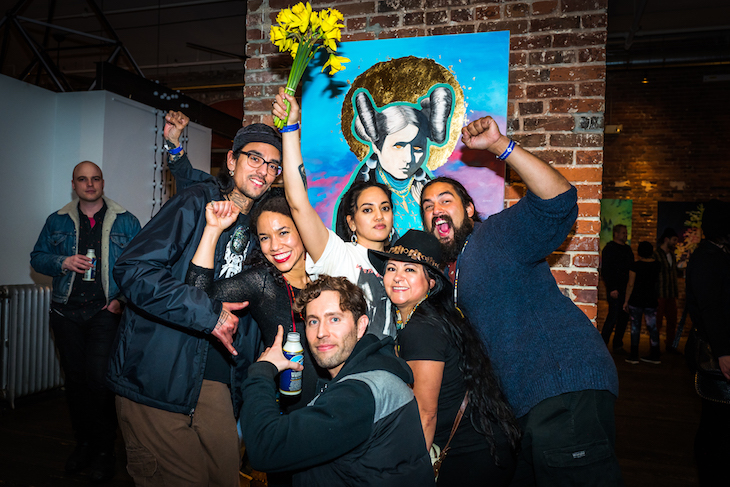 Get ready: It’s almost time for this season’s Art Walk Awards! On Thursday, Oct. 4, the awards return to Pioneer Square at AXIS, featuring a selection of some of the most notable artwork exhibited in the past months, nominated by our four guest curators. As always, there will be drinks, music, revelry and voting. The top three artworks will receive cash prizes and the first-place artwork will be featured in the November issue of City Arts. So join us after you check out the First Thursday shows. Winners are announced at 9:30 p.m.

Not familiar with the AWA? Twice a year we invite four guest curators to nominate three of their favorite works of art they’ve seen around town. We bring those 12 finalists and their work back into the limelight for one celebratory night where attendees (you) can cast a vote for your favorite. RSVP here.

Until then, meet the current lineup of guest curators and look forward to the unveiling of their nominations in the coming days! 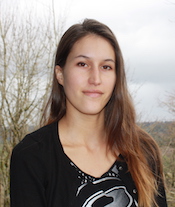 ASIA TAIL
Asia Tail is an artist, curator and arts administrator based in Tacoma. Her work has recently been featured in NW Art Now at Tacoma Art Museum, SOIL Gallery in Seattle and 950 Gallery in Tacoma. As an extension of her art making, Asia also curates special projects and art exhibitions, with an emphasis on Indigenous artists. Her forthcoming curatorial project, yəhaw̓, co-curated with Tracy Rector and Satpreet Kahlon, will open in January 2019 at King Street Station in Seattle.

Asia also works as Arts Program Coordinator for the City of Tacoma’s Office of Arts & Cultural Vitality and as a freelance consultant on advisory committees and selection panels for local arts organizations including Seattle Art Museum, Artist Trust, Pratt Fine Arts, 4Culture, Seattle Office of Arts and Culture, Spaceworks Tacoma and Indigenous Showcase. She is a citizen of the Cherokee Nation of Oklahoma, and a proud member of the diverse Urban Native community in the Pacific Northwest. 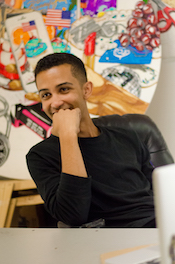 ANTHONY WHITE
Anthony White was born in 1994 and moved from Santa Barbara, Calif., to Seattle in 2013. His creative practice explores the components of nostalgia, youth romance, not-so-luxurious goods and technology that has formed his personality and built his artistic identity. He is influenced by American consumerism, the abundance of waste, the exponential growth of technology and the result it has on contemporary youth subcultures, taboo issues and social hierarchies; ones that live on opposite ends of familiarity. His work has been presented in galleries across the U.S. and internationally. In 2017 he worked and exhibited at The New York Studio Residency Program. He is founder and curator of While Supplies Last, a recurring group show of over 250 artists that takes place at Amandine Bakeshop during Capitol Hill Art Walk. 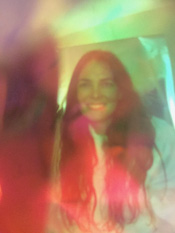 JENNIFER ZWICK
Trained in photography, Jennifer Zwick is a visual artist working in a variety of media, including large-scale installations, wearable sculptures, painting, interactive video installation, printmaking and photographic processes. She firmly believes that there are power in numbers and looks forward to working with you all to fix everything.

DYLAN NEUWIRTH
Dylan Neuwirth is a contemporary artist working with light, space and interactive technologies. He has participated in numerous solo, group, and public art exhibitions including curatorial and web-based projects. His work is included in numerous private and institutional collections, and has appeared in Creators, Brooklyn Magazine, Artslant, Artsy, New American Paintings, artnet, The Huffington Post, The Wall Street Journal, Beautiful/Decay, WIRED and VICE. From 2007–2016, he executed large-scale architectural glass commissions across North America, the United Kingdom, Europe, the Middle East and Asia as a Project Manager with Chihuly Studio. He is currently creative director at Western Neon, executive director at Western Neon School of Art and is represented by SEASON.