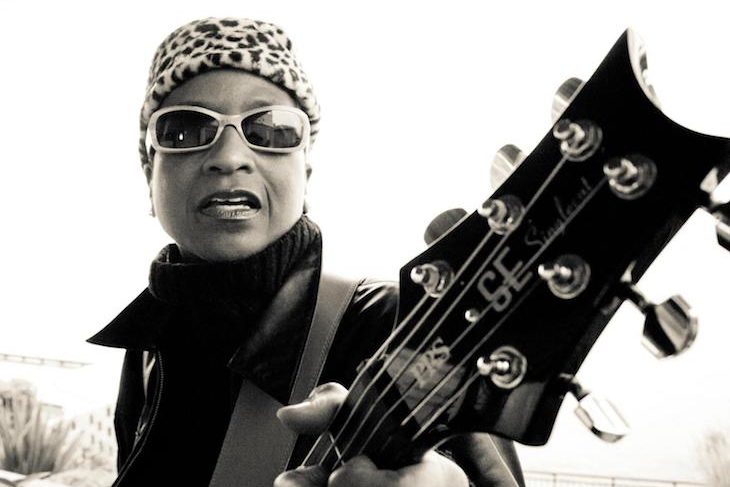 Sixteen years ago, Paula Boggs spent two weeks sweeping floors and serving coffee at Starbucks’ Alki Beach location. At the conclusion of her mandatory “immersion,” she shed the green apron to take on the job of Starbucks General Counsel—its main legal advisor and lawyer—as well as Executive Vice President and Secretary. This week, in recognition for her “contributions to community, education, arts and race and social justice,” Boggs receives a 2018 Mayor’s Arts Award.

Boggs operates on a different plane than most of us do. She’s not only an army veteran and corporate lawyer but also a noted philanthropist and fundraiser, not to mention a performing musician and in-demand public speaker. She co-chaired KEXP’s successful new home capital campaign and sits on Seattle Symphony’s Board of Directors.

Through it all, Seattle is Boggs’ longtime love. “It’s the only city I didn’t choose because of school, job or family,” she tells me as we settle into a table at her old Alki Starbucks. “I just fell in love with it.”

It’s a love she’s always returned to in her capricious life path. Nuns taught her to play guitar in the 1970s, singing songs of Peter, Paul and Mary, Simon & Garfunkel and Bob Dylan. At 13, she left the segregated South with her three siblings and mother, who took them to Germany to teach at a U.S. Department of Defense School. Boggs attended three different schools in two countries in a roughly five-year period.

At 21, she learned how to parachute out of airplanes at the U.S. Army Infantry Airborne School—despite her fear of heights. After getting degrees in International Studies and Law, she shuttled between jobs in DC and Seattle. In DC, she worked for the White House Counsel on the Iran-Contra and later the Tailhook sexual harassment investigation. In Seattle, she was the first ever person to be hired at the U.S. Attorney Office without ever having tried a case, and later, the first African American female partner at law firm Preston, Gates & Ellis.

She left it all to become the number two lawyer at Dell Corporation in Austin, Tex. “A huge leap of faith,” she says. “We were moving to Texas at a time when in too many corners of the state it was dangerous to be a gay couple. Back then, despite Seattle’s reputation for being a liberal place, we were out in [her partner] Randee’s world, but not in mine. So ironically, Texas became the place where we were for the first time completely out as a couple.”

In 2005, Boggs’ sister-in-law died in a car crash, leaving behind Boggs’ brother and niece, who she’s now raising with Randee. She was suddenly in a dark place.

“Randee said, ‘Maybe you should take out your guitar?’ She also bought me guitar lessons,” she recalls. It worked. She started playing again and attended open mics all around Seattle. “Performing at an open mic is the one of the riskiest things you can do. There’s no safety net.” She now has a manager and publicist for her “Seattle-brewed soulgrass” Paula Boggs Band.

With no safety net nor parachute, Boggs quit Starbucks in 2012. She traveled Colorado and Virginia as an Obama surrogate during his reelection campaign and later served on the President’s Committee on the Arts and Humanities, from which she resigned in August 2017 with a widely shared acrostic resignation letter responding to President Trump’s Charlottesville comments. Boggs says they didn’t throw in the towel earlier—say, Nov. 9, 2016—because the team was lobbying for the arts and humanities endowments and to “save” the Turnaround Arts program (aimed to help the nation’s poorest performing schools with arts) by housing it under the roof of the Kennedy Center.

Today Boggs focuses on public speaking, her work on boards, parenting, songwriting and performing with the Paula Boggs Band. She considers being a woman of color singing Americana just another “first” in a life of big jumps and broken ceilings, from the first African American female partner at Preston, Gates & Ellis to the most senior African American executive at Starbucks during her tenure.

“As ‘the first’ anything there is nowhere to hide and my example will impact those who follow me,” she says. “I’ve always taken that responsibility seriously and bear it now, with precious few of us sitting on the board of organizations like Seattle Art Museum, KEXP or Seattle Symphony.”