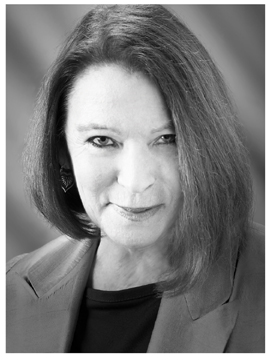 The description for Correction Class on the SIFF 2015 Programmers’ Picks flier—“A very hard and tough dramatic feature about handicapped adolescents in Russia”—exemplifies the plainspoken manner of 18-year programmer Maryna Ajaja. It differs from her description in the official catalog because, as the champion of films from Eastern Europe, Central Europe, the Baltics, Russia and Central Asia says: “I also know how to sell them.” Ajaja’s story shows how personal histories and lifelong intellectual curiosities inform the choices that make it to Festival calendars.

You have a reputation for programming the depressing, dark films. But it seems like you approach this with some empathy and humor. How do you manage that?
A lot of the films that I see are from repressed societies, where people can’t say what’s really on their minds. They have a kind of underground way of expressing themselves. So I understand that things aren’t said directly or straightforward. I just have an empathy with films that show reality. I like to be entertained sometimes, too. I love black humor. But more than anything I want to learn, and see culture through the eyes of people that live in that culture. And even if it’s their own personal vision—because of course it is, the director’s vision, the writer’s vision—I want to see that vision. And I don’t want everything to be happy endings, because everything isn’t happy endings. And if I have to cry through a movie—I mean, I just saw the Kurt Cobain film and it was not exactly happy. It was depressing as hell; I loved it.

You don’t sugarcoat the descriptions of these things.
It’s important that you don’t make it sound too daunting for people. But like you said, I have this reputation, so when people see me on stage announcing a film, they might go, ‘Uh-oh.’ Buckle your seatbelts.

What’s your personal connection to Russia?
All four of my grandparents are from the former Soviet Union, and my maternal grandmother was from Ukraine. She had a very dramatic story as a young woman, getting her family out of Ukraine and being separated from her father and her mother having a nervous breakdown. And so I’ve always been interested in Russia, partly because she wouldn’t tell me all the horror stories of the pogroms and I really wanted to know those horror stories.

But she would never tell me the stories, because they were too horrible for her. I wanted to know them, so I wanted to go there for myself. I got lucky. During my time at Evergreen State College, I went to Saint Petersburg and worked on an English voiceover for a film about a poet that I love, Anna Akhmatova. She lived from 1889 to 1966, so she saw everything and she wrote about everything.

I then lived, studied film and worked in Russia from ’91 to ’97. There was a place called Dom Kino where they played wonderful films. And this is where I learned to watch films without paying attention to dialogue. Because the dialogue was always overdubbed with Russian. Pretty soon I gave up and didn’t pay any attention to dialogue, and watched the language of cinema. I think it was probably the best training for me.

How did you get involved with SIFF?
While in Moscow where my husband is from, he and I started working for Turner International, and we did the very first traveling American film festival in Russia. We were there at this crazy time in the ’90s, like the Wild West. So when we came back to the states in ’96, I was thinking ‘What kind of job would I like?’ And so I started answering the telephones every other Monday at SIFF. Daryl MacDonald, who was running SIFF at the time, asked me what my background was. And I showed him the film that I had worked on. It was a really dense, dark Russian film, and Daryl said ‘OK, I’d like you to start some programming.’

What’s the most rewarding thing about programming?
Collaborating. I think it’s an art that’s undervalued. I love our arguments that we have at SIFF over programming. I love even losing battles about certain films—then somebody else wins something.

They campaign for them.
Yes, you lobby for your films. That’s why you can say they’re ‘your films.’

What’s the most difficult aspect of programming?
Not getting what you want. You can’t always.

Do you find that SIFF audiences are adventuresome? Do you get to find out your numbers?
Yes. Thankfully people do come up and talk to me, and I love it when I get feedback. I mean, I get condemnations too. People complain to me all the time. But they also tell me how much they loved something, or they ask me to explain something.

What’s your favorite part of Festival?
Today, for instance. It’s what, 70 degrees? And the Giorgi Ovashvili film Corn Island is playing to a packed house at 7 o’clock, on Monday. I love it. I thanked them for what they sacrificed, the beautiful day. My most depressing thing is to walk in and see, you know, five people, if I’ve worked really hard to get a film.

What do you do on your three-month break?
I write poetry, short stories and scripts. And I read. All year round, I stack up books, and as soon as SIFF ends, I start reading. I stop watching.

Kind of like going on dates?
Yes. Because first impressions aren’t always complete.