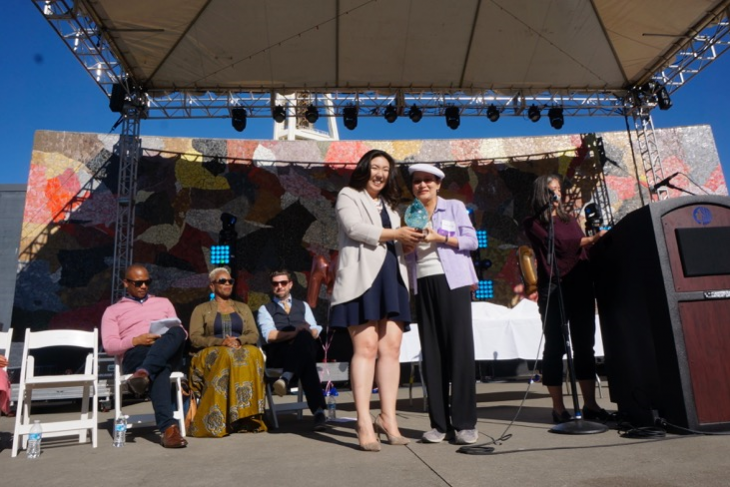 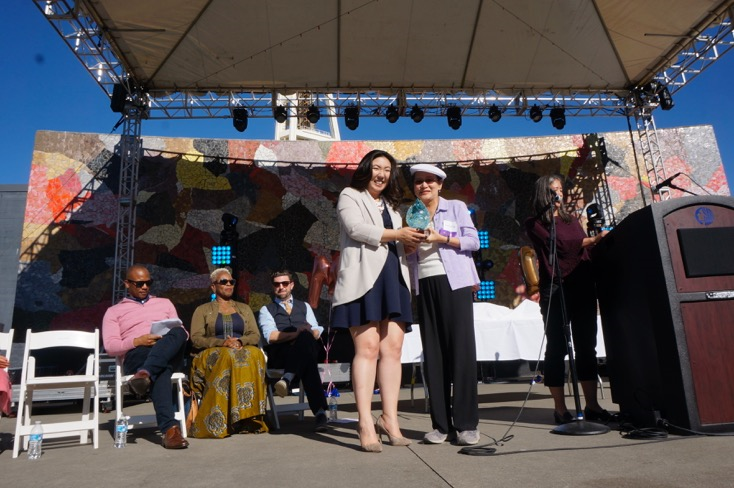 Assunta Ng shapes Seattle’s culture not as an artist, but as a journalist. In 1982, she founded the Seattle Chinese Post, a weekly newspaper that covers mainstream news, from local to international, in Chinese. A year later, she founded the Northwest Asian Weekly, an English-language publication where she also writes a regular column. Ng has served as publisher of both papers for the last 35 years. “I see myself as the historian for the Asian community and the International District,” she says.

On Aug. 31, Ng was recognized for her longtime contributions to the city when she received the individual award for Cultural Ambassador at the 2017 Mayor’s Arts Awards. Nominated alongside one of her favorite local artists, Seattle Symphony music director Ludovic Morlot, Ng was shocked when she learned she’d won—and proceeded to give an extemporaneous and funny acceptance speech that ended with her pointing out that food is culture and “I love to eat.”

After she’d had a few days to digest the news, we talked by phone.

What does it mean to you to be a cultural ambassador for Seattle?
I never thought of myself as a cultural ambassador. I still am very surprised that I’m the recipient [of the award]. I guess the Arts Commission has accepted the fact that storytelling is an art—because what I’ve been doing all my life is storytelling and sharing experiences and breaking the rules. We like to profile people breaking the rules in our newspaper. And we just want to inspire people doing whatever they’re doing in their lives, to pause for a moment and say, “What about this? Have I tried this? Have I been doing something new today? Or in my life? Is this meaningful to me?”

I’m a cultural person. I was raised bilingually and bi-culturally. See, I was born in China and raised in Hong Kong, and came over [to Seattle] for college. And Hong Kong was a British colony. So in a way, I’m versed in American culture, European culture and Chinese culture.

So you’ve been a cultural ambassador your whole life.
That’s right. In my stories, I try to compare the East and West a lot, subconsciously and consciously. I like inspiring people to get out of their comfort zone and think of the world as different cultures. Because when you get out, you also bring something from Seattle into other parts of the world.

These are challenging times for print publications. You have two of them. What are you proud of?
I will tell you that the Seattle Chinese Post is our bread and butter. The Asian Weekly is losing money, because it’s always seen as an alternative newspaper. The Chinese Post is the exclusive news source for many immigrants. A lot of immigrants have a preference for reading things in their native language.

We love politics—and we criticize. We criticize elected officials for what they have done. I’ve received flack from some people because I don’t necessarily side with Asian Americans and I don’t necessarily side with Asian American politicians. But when some politicians are doing things that are not good for Seattle, I have to say it. We don’t always take the popular stance; we take what is good for the Asian community and what is good for Seattle.

Had you been to the Mayor’s Arts Awards before this year?
I’ve never been to the event myself. We have reported about it—because there have been Asian finalists. So I was familiar with the awards, but I was surprised so many people were there. I was totally amazed by the enthusiasm of the audience.

That’s community right there.
Yes, and I’ve done my share to support artists. We have supported art all along. We review plays and shows and profile artists all the time.

I like to bring people together. I want to bring artists together, bring cultures together, and I want people to see joy through art, through cultures, through people and activities. That’s the essence of having a good life, right? Art is about life.