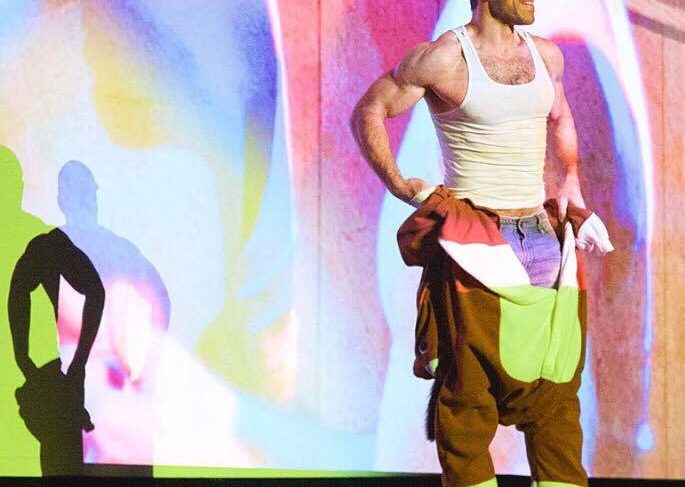 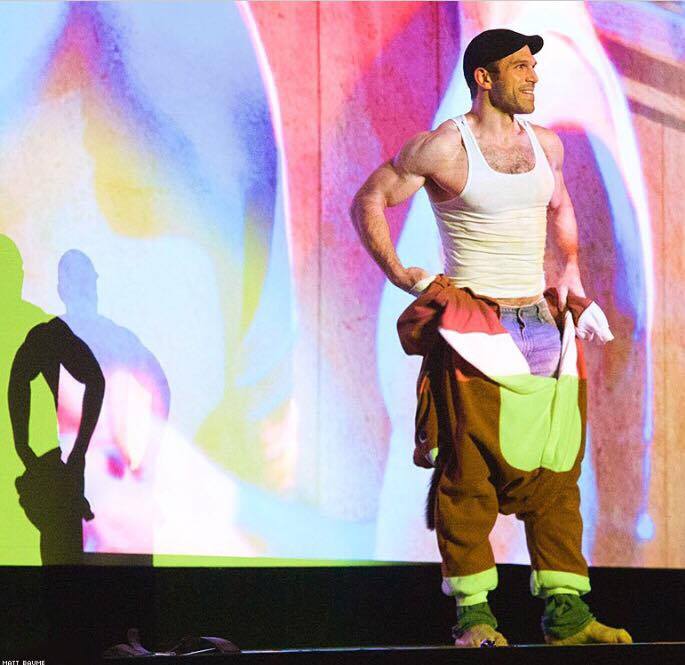 There was a time, not too long ago in fact, when a career in politics (or any other “respectable profession” for that matter) would’ve been completely derailed by performing naked on stage with all your bits hanging out for everyone to see. Luckily, those dark days are gone forever. Meet Dr. Hisam Goueli.

Goueli is a handsome, gregarious guy with a broad smile and a booming laugh that could fill a ballpark, and he’s definitely a hugger. It seems Goueli just has too much goodwill and optimism to be contained in a single human body, even one as sturdy and spry as his. It overflows, and has to be shared.

Born in Minneapolis to Egyptian immigrants in 1979, Goueli straddles a dizzying array of tribes—some of which might seem fundamentally at odds with each other. Goueli is gay and also devoutly Muslim (we first met for “brunch” during Ramadan, so of course Goueli feasted on nothing). He is a medical doctor with a focus in both family medicine and psychiatry, and degrees in biochemistry, molecular biology and zoology. He is currently running for Seattle City Council’s Position 8. And, most importantly for the purposes of this story, he’s also an accomplished burlesque performer.

“My love of performing started early,” Goueli says. “I loved singing from the very beginning, and this then translated into singing in elementary school choirs. From there on, performing arts have been a part of my life.”

Although Goueli’s equally devout parents never encouraged the arts as a full-time career. “They were immigrants and really wanted doctors, lawyers, businessmen and engineers,” Goueli explains. “Growing up in a religious household, I followed what my parents asked of me.” Yet they were directly responsible for his career onstage.

“My parents were looking for opportunities to help my brother and me grow. They took us to the auditions for the Metropolitan Boy’s Choir of Minneapolis, Minn., which they paid for through fundraising coupon books since we didn’t have any money. We auditioned and were both accepted.” It was the beginning of his lifelong passion for performing.

“When I finally finished my medical school training, I went back to the arts and started auditioning for everything,” Goueli says. “That is how I first got involved with improv, then circus, then scripted theatre, then burlesque.” Burlesque was where Goueli found his niche.

“I got interested in burlesque when I was trying to get comfortable with my body,” Goueli says. “I had always felt shame around my body. I think as a gay man, it’s easy to feel that you are not pretty enough, trim enough, cut enough, young enough or sexy enough.”

“I took a role in Seattle Vice where I was completely naked in 2013 to get more comfortable with my body. In psychiatry, we call this ‘flooding,’” he says. “Not only was I naked, but I walked down a staircase, through the audience and onto the stage! It felt so freeing. I thought, this is not so bad.”  Since then he’s appeared at the Seattle Boylesque Festival and regularly at the Can Can.

“I specialize in burlesque that is male, sexy and story-based,” Goueli explains. His performances explore issues of body acceptance and the intersection of sexuality and technology, including one particularly sexy number centered around the relatively recent phenomenon of sexting and nude selfies, in which he practically makes steamy, passionate love to an iPhone. “It is about our outward appearances—dress clothing—and our hidden secrets—leather harness and jock strap,” he says.

Does Goueli think that his onstage life will hurt his political chances?

“Nope. I am proud of the art that I produce. Seattle is a progressive city that understands that people are multi-dimensional and can be successful at lots of different things. Plus, burlesque started as a way of making fun of politics. It comes from the Italian word buffa, which is comedy. I think there is something beautiful about a burlesque performer going from making fun of the system to wanting to change it. Also, I’m against body shaming and the burlesque community is one of the most inclusive communities. I think we would all do better if we loved the bodies we were in.”

See Goueli every Thursday night at the Can Can starting June 15.