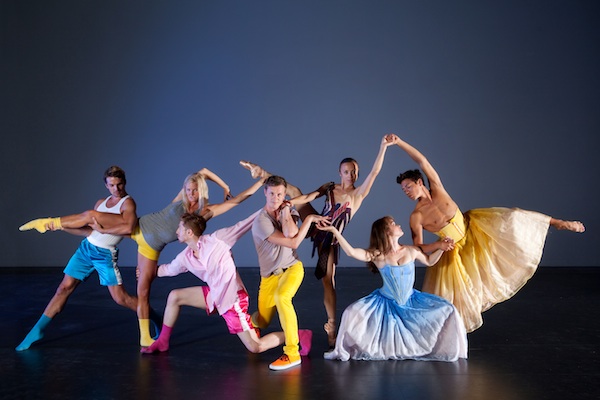 When Olivier Wevers started his own dance company, Whim W’Him, in 2009, it was because he believed in the City of Seattle and its dance community. Now the City is returning the compliment by recognizing Wevers with a Mayor’s Arts Award.

“The idea of creating a new dance company in Seattle was born out of my need to communicate my inspirations and total faith in the Seattle community,” Wevers says. “This award is a comforting and moving embrace of my efforts.”

Wevers, a native of Brussels, was first introduced to Seattle audiences when he joined Pacific Northwest Ballet in 1997. For the next fourteen years he danced some of ballet’s greatest leading roles for the company, from Romeo to Prince Siegfried in Swan Lake, and became a favorite attraction at McCaw Hall as one of PNB’s principals. Two years after founding Whim W’Him, he left the Ballet and focused on his company, which had already experienced considerable success, earning a Grand Prize Award at the 13th Annual Dance Under the Stars Choreography Festival in Palm Desert, California, and making its international debut at the Copenhagen International Dance Festival.

Since then, the company has continued to produce adventurous work both at home and abroad, earning praise from the Seattle Arts Commission, which wrote in the formal recognition accompanying the Mayor’s Arts Award that Wevers “helps bring awareness to Seattle as a world-class center of dance.”

Wevers says that he intends to continue contributing to the culture and international reputation of Seattle. He promises a number of new creations for his Seattle audiences in the next year, including a new piece by Annabelle Lopez Ochoa, as well as an appearance by the company at the Joyce Theater in New York City. And even though he will likely be spending more time over seas, where his husband and former PNB principal Lucien Postlewaite recently joined France’s Les Ballets de Monte-Carlo, Wevers says he is firmly rooted in Seattle.

“Seattle has been a backdrop for most of my artistic growth,” he says. “It has shaken and shaped my life, and set me on an ongoing path of self discovery. I am loving the ride!”

The Mayor’s Arts Awards will be held at Seattle Center at noon on Aug. 31.

Photo of Olivier Wevers with Whim W’Him by Jennifer Richard.