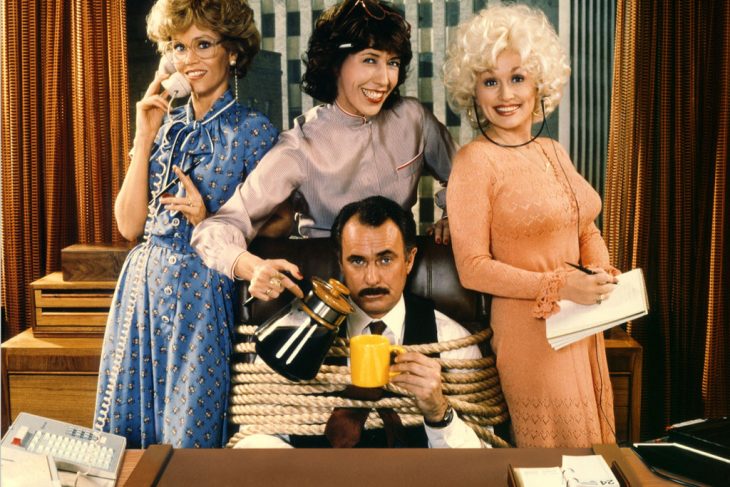 One way to think about the scandals revolving around the sexual deviance of American men in the workplace is as a referendum on the last 35 years of market-centered solutions to gender inequity. The sexual revolution of the 1960s and ‘70s was followed by women’s march into the white-collar workforce in the ‘80s and the hope that a new era of gender equality was around the corner. Sure, an Equal Rights Amendment that would’ve inscribed the equality of the sexes into constitutional law failed to ratify in 1979 and 1982, but maybe what men and women needed wasn’t more politics.

Maybe we could bring about gender equity if we bettered the material conditions of women by affording them the freedom of working for their wages. Maybe capitalism could fix it.

A 1986 article in The Atlantic titled “Women in the Work Force” explained that from 1972 to 1985, women’s share of professional jobs increased from 44% to 49% while their share of managerial positions more than doubled. In her 1989 book The Second Shift, sociologist Arlie Hochschild stated that “women’s move into the economy is the basic social revolution of our time.” By then, signs of women’s empowerment arising from their economic enfranchisement were ubiquitous. The 1980 film 9 to 5 focused on a triad of insurgent office workers who hold their sexist boss hostage, forcing him to capitulate to reforms like maternity leave and flexible scheduling. The 1987 edition of The Women’s Dress for Success Book coached women entering white-collar fields to wear shoulder pads and power suits to convey confidence and competence.

Sunny as these celebrations were, they glossed over one reality of professional proximity between men and women: namely, that men were still pigs. A kind of economic revolution may have occurred as women became professionals, but there was no accompanying social revolution to change the attitudes of the men they worked with. The entry of women into the workforce didn’t suddenly inspire men to treat them as equals; rather, the shift provided men opportunity to reassert their dominance in the form of unequal pay and sexual assault.

As Gloria Steinem observed in her 1982 essay “Words and Change,” the term sexual harassment was coined in these years. A 1981 speech titled “The Politics of Sexual Harassment” by radical feminist Linda Gordon found a silver lining in the phenomenon, noting that “the creation of a new vocabulary by the feminist movement is not a minor accomplishment. Such consciousness-changing is absolutely as fundamental a form of progress toward a better society as any material or organizational gains.” A decade later, Anita Hill’s 1991 testimony during Clarence Thomas’ Supreme Court confirmation hearings anticipated Bill Clinton’s presidency, both spectacles defined by the political fallout from an executive abusing his power as the pretext for predatory behavior. Looking back on these years, it’s hard to admire how far we haven’t come.

The misdeeds of Matt Lauer, Louis C.K., Russell Simmons and the rest have resulted in professional ramifications that Clinton and Thomas never faced. Still, the consistency of detail in anecdotes of sexual harassment across these last three decades is striking—the basic template being women in professional settings interfacing with powerful men who groped or hit on or assaulted them, then struggling over whether or not to go public with the lurid details before finally deciding to so. The sheer visibility of the men in question—coupled with the near-anonymity of the women they harass—suggests an epidemic: for every case we hear about, one can extrapolate literally thousands that go unreported, so that one is safer in assuming that any given man is a purveyor of harassment than not.

As sexual assault dominates the news, some social critics are claiming that we’ve entered a new “sex panic.” The argument—presumably made with a straight face—is that political mobs and liberal mores overstate the harm of harassment and intrude on healthy heterosexual activity. Cultural anthropologist Angela Nagle recently appeared on a Slate podcast to debate whether “all the current sexual harassment allegations could lead to a sex panic,” scaring men from making sexual advances of any kind. In The New Yorker Masha Gessen cautioned against “blurring the boundaries between rape, nonviolent sexual coercion, and bad, drunken, fumbling sex.” Meanwhile, in a truly asinine blog post titled “#MeToo: The criminalization of sexual passion,” thinker Josie Appleton complained that “[in] the fallout from Weinstein, the #Metoo phenomenon has targeted the unscripted sexual advance, or spontaneous displays of desire.”

Here’s the thing: inasmuch as a lot of sex happens coercively, without consent or as a malicious expression of systemic male supremacy, men questioning their sexual drives before acting on them is a good thing. The conflation of consensual sex with its nonconsensual, abusive counterpart is an argumentative sleight-of-hand designed to make it look like society is in a categorical uproar about all of male sexuality, when really the culprit is its most brutal expression. In parroting the defensiveness typical of so-called Men’s Rights Activists, these writers at least succeed in demonstrating that it’s possible for women to uphold male supremacy.

Those who complain about our culture’s newfound criticism of rape culture would do better to start with one question: Why isn’t this critique more broadly applied?

Anita Hill notwithstanding, the workingwomen’s upheaval of the 1980s was largely a white phenomenon. Women of color had been part of the workforce for decades, as the service workers in the hotels, homes and restaurants of their well-heeled, white counterparts. Those workplaces are no freer from sexual harassment than the corporate office; the sudden visibility of sexual harassment is mostly a function of capitalism’s higher valuation of white-collar work and the white people who do it. But sexual harassment is much more than an H.R. issue, and when criticism of it centers high-paying fields and highly visible protagonists, its ramifications are severely understated.

What’s more, even in the age of Susan B. Anthony, Elizabeth Cady Stanton and Lydia Marie Child, white women were mostly quiet on the topic of sexual abuse. In the heartbreaking hundreds of thousands of cases of rape and sadism inflicted upon Black women (and men) in the 17th 18th and 19th centuries, there was no organized rebellion, no petitioning, no speeches from White women en masse in either the north or south. These women benefitted from investments in human chattel while finding cause to speak out about women’s suffrage and labor rights. Anthony herself infamously said, “I will cut off this right arm of mine before I will ask for the ballot for the Negro and not for the woman.” As if Black women didn’t exist.

America’s first societal preoccupation with sexual assault came with countless instances of white women accusing Black men of rape in the era of Jim Crow. As a result, millions of dollars of assets and property were destroyed by white mobs who seized on these lies as an excuse to ransack Black towns like Tulsa and Rosewood. In the mid-20th century, white feminism was linked more strongly to the valor of white women rather than the advancement of women everywhere.

This is the fundamental fault: When feminism in a capitalist society is selectively deployed in the interests of white supremacy, it leaves out women whom it is inconvenient to consider and centers those whom popular culture revolves around anyway. As a result, a feminism without an attendant anti-capitalist critique is incomplete.

In his 1938 book Anatomy of a Revolution, historian Crane Brinton studied the structure of the American, Russian and French revolutions, concluding that it is recently enfranchised middle-classes—and not the lower classes they lean on—that are responsible for social upheaval. We should shudder at this conclusion in 2017. Its political application suggests that the best we can do is wait on women with privilege to decide that the issues of the dispossessed are shared broadly enough to take action on.

The last 30 years have demonstrated the utter failure of market-centered feminism to advance and uplift all women. What we need instead is a social feminism that protects women everywhere without tying their worth to where they happen to fall on the food chain of wage labor. “The women’s movement got us into the workplace,” mused journalist Ann Curry about the firing of her former colleague Matt Lauer. “But it didn’t make us safe once we got there.”