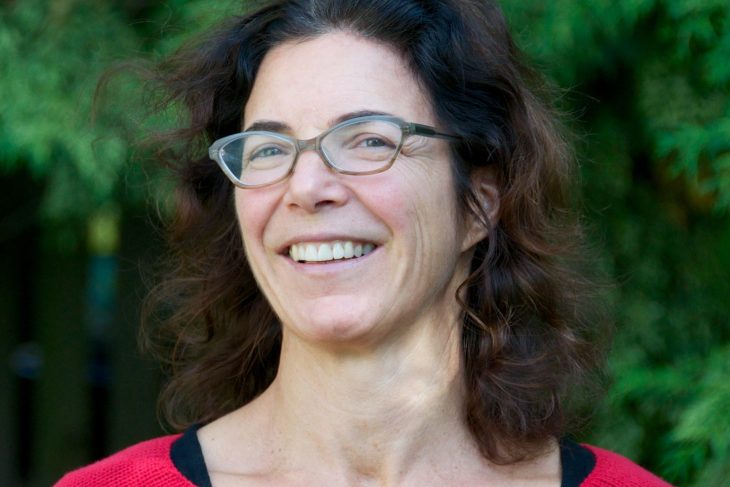 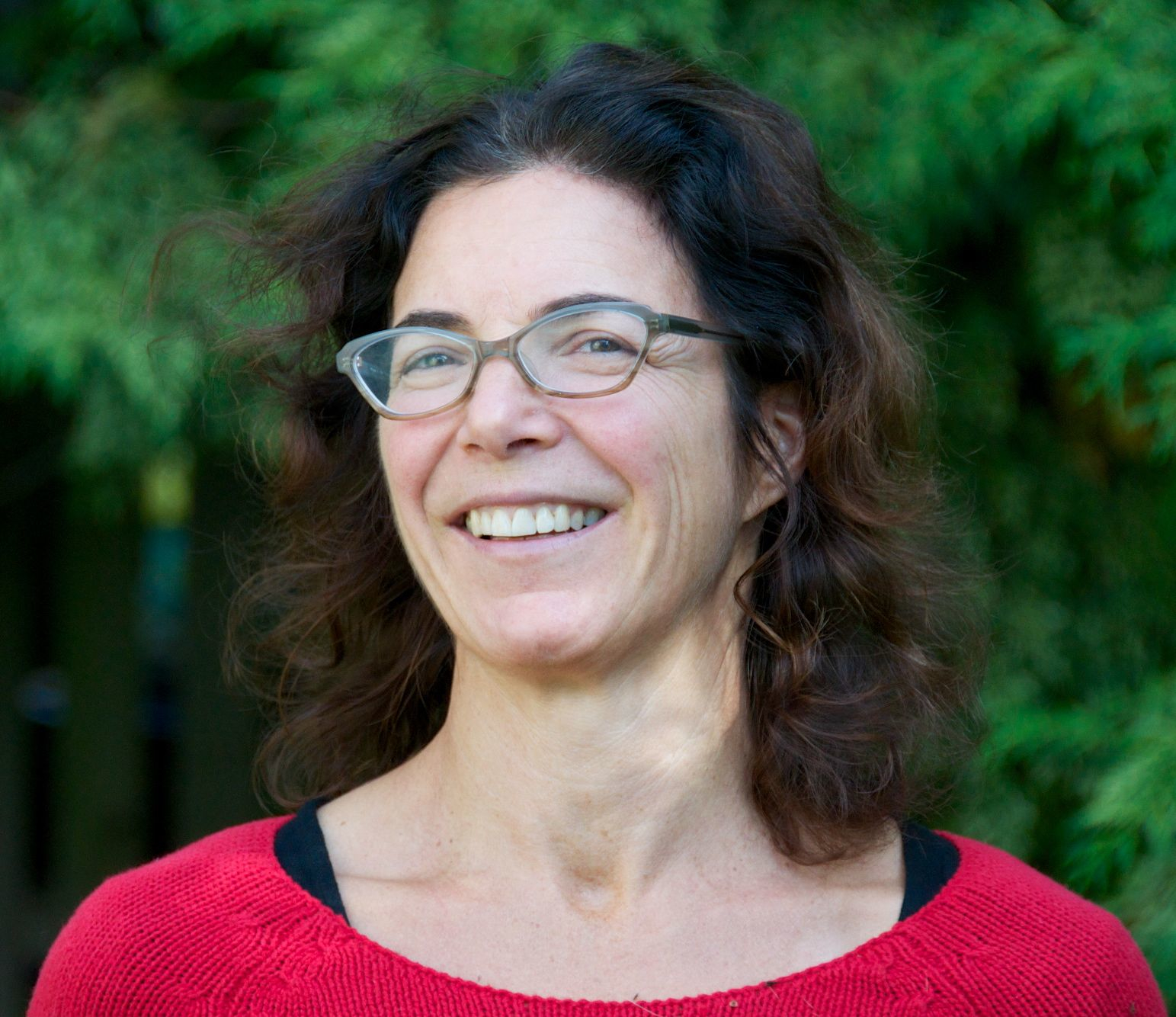 Given how many literary events take place in Seattle each month, few occur south of Capitol Hill. Beacon Bards, a monthly reading series founded by the poet Martha Silano, is a welcome exception. Silano, a respected poet in her own right, has for the past three years been quietly curating and hosting the series at Beacon Hill coffee shop and community hub The Station. But Beacon Bards is only one of Silano’s many projects. She recently published What the Truth Tastes Like (Two Sylvias Press), an expanded version of a collection from 1991; she also serves as poetry editor for local literary magazine Crab Creek Review and is on faculty at Bellevue College. We talked over e-mail about the reading series, her new/old book and an upcoming reading at Hugo House with fellow Two Sylvias poet, Cecelia Woloch.

How did Beacon Bards start?
I was walking around Jefferson Park in June 2012, when I saw a poster advertising Beacon Rocks, a summer outdoor concert series. The poster mentioned that they were looking for a volunteer to find poets to read between musical acts. I sent an email and told them I knew plenty of poets who would be happy to read. I brought then Washington State Poet Laureate Kathleen Flenniken, along with local poets Kelli Russell Agodon and David Horowitz, to the Beacon Rocks stage. It was a fun day.

Sometime during that lovely afternoon of poetry and music, Betty Jean Williamson, the force behind Beacon Hill’s thriving arts scene, asked me if I’d be interested in emceeing a monthly poetry series at a local cafe. I said sure. She took me over to meet Luis Rodriguez, owner of The Station, and we agreed it would be a great venue for a monthly poetry night. The first Beacon Bards reading took place in September 2012. It’s been going strong ever since.

How do you select poets? Does the series have a dominant theme or aesthetic?
I started by asking all of my favorite local poets to read. I look for variety in age, gender, skin color, ethnic background—that kind of thing. I ask each reader to choose his or her co-reader, (selfishly!) widening my poetic circle. During the first three years of programming, we featured readings with Amber Flame and Anastacia Tolbert, Arlene Kim and Marge Manwaring, Kary Wayson and Melanie Noel, Raul Sanchez and John Burgess, and the parade of talent continues. With word of the series traveling, I’m now getting inquiries from writers from all around the country. Europe, too.

In terms of an aesthetic, I am pretty open to all styles and approaches, including spoken word. My only criterion is excellence, though I do have a distinct love for surprises in the form of originality! Also, a dose of the wild and strange never hurt. I have yet to have a featured poet disappoint me.

Was it important to locate the reading series on Beacon Hill? Did you see it as filling a need?
I definitely saw it as filling a need down here, where the only indie bookstore that hosted readings shuttered its doors (Bookworm Exchange). It was also really fun working with the Beacon Arts crew, and The Station has got to be the coziest coffee place in Seattle. I was immediately taken with its mellow and friendly atmosphere, and Luis and his wife Leone are wonderfully hard-working people who care very much about their community.

Beacon Hill is rapidly morphing into Condo Hill, but back when I started up the series it was mostly small, single-family homes built in the post-WWII era for Japanese Americans returning from internment camps. When I was preparing for a special reading event with superstar poets Patricia Smith, Aimee Nezhukumatathil, Martha Collins and Tara Betts in 2014, I did a bit of research about the south end and found out that originally only ‘blue-bloods’ (WASPs) were permitted to buy property north of the Ship Canal Bridge in Seattle. Jews, Italians, Asians and Blacks were all shut out. I’m half Italian, and although I’m quite aware my skin color (white) has afforded me way fewer microaggressions and racial slurs over the years, I was surprised to learn that my people would have been excluded too, though the racism against Asians and African-Americans was far worse. I am so very proud to be living in a part of my city where immigrants and people of color were welcomed from the start.

Tell me about the book that just came out. It’s a new book but also an old book?
What the Truth Tastes Like 2.0 was released in April 2015. When Two Sylvias approached me about doing a new and much-expanded edition, I was completely thrilled! The only tough part was that my book had been saved on floppy discs, so I had to re-type the entire manuscript. The upside, however, was that I was able to look at each poem critically. I did quite a bit of tightening up, tinkering with lines to enhance musicality, cutting poems, etc. Also, since they asked me to double the length of the book, I was able to weave newer poems in without jarring the book’s trajectory, mood and themes. It turned out to be a really fun project. Plus the book’s design is awesome! Editors Kelli Russell Agodon and Annette Spaulding-Convy were able to insert pen and ink vintage graphics to each section, and the cover rocks my world. Another really cool thing is that poet David Kirby wrote an amazing introduction. I’m very pleased with how it turned out.

What should we expect at your Jan. 21 reading with Cecelia Woloch at Hugo House?
I’m very excited to be reading with Cecelia, whom I have never met or heard read. I love her work! When I read Earth aloud to my 10-year-old daughter, she said, “I love these poems. Could you read me this book every night?” I knew exactly what she meant. It’s the kind of book that only improves on subsequent readings.

As for the reading, be prepared to hear poems about sausages, ladybugs, ear-candling, envy, pinball machines, budgies, spending an hour with Jorie Graham, the miracles of Jesus, chainsaws and the like.

Martha Silano reads with Cecilia Woloch on Jan. 21 at Hugo House. The next Beacon Bards reading will take place on Feb. 10 at the Station.