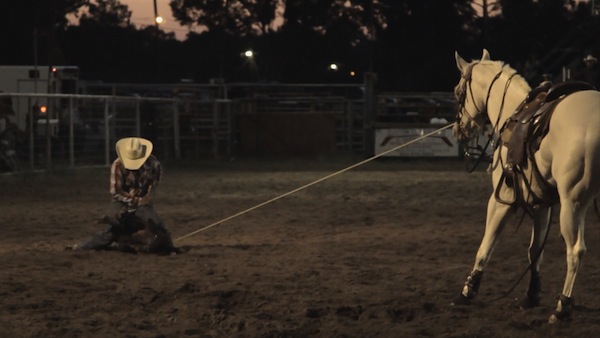 You wouldn’t expect acclaimed ad work and heartfelt documentary shorts worthy of national attention to sprout from the same source. But Lucid Inc. is all about subverting expectations.

That rush of the unexpected begins in the Seattle-based company’s nerve center. Tucked away on the eighth floor of an elegantly low-key building off 1st Avenue, Lucid’s offices feel more like a relaxed intellectual’s spacious loft than a typical business office. Simple wooden desks, all housing Macs, sit alongside comfortable furniture and thoughtfully populated bookshelves. Large windows overlook a gorgeously scenic view of Elliott Bay. And the first member of the company’s crew to greet visitors is usually their informal mascot (a friendly chocolate lab mix named Isaac), not a receptionist.

It’s a deceptively mellow ground zero for an effectively self-sustaining creative operation. Lucid uses successful ad work with Nokia, BlackBerry, Nike,and a host of other high-profile clients to finance personal film projects, and one of the company’s labors of love, a six-minute short called The Roper, has been accepted by the Sundance Film Festival. (The film screens there Jan. 18, 19, 22 and 24 and can be viewed on the homepage of Lucid’s website.)

The evocative snapshot of Kendrick Domingue, an African-American calf-roper gunning for a slot at the Las Vegas National Rodeo Finals, marks one of many collaborative projects by co-directors (and Lucid co-owners) Anna Sandilands and Ewan McNicol. And like much of the team’s output, it came about through equal parts careful planning and happy accident. Two years ago, the duo read a New York Times article profiling trick horse riders, specifically several African-American men from the south who backed their choreographed rides with hip-hop music. The subject seemed ripe for a feature-length documentary.

“There was quite a big scene in Lafayette, Louisiana and in Texas,” McNicol reveals. “We were seeing these guys posting videos on YouTube of themselves riding…They were just out cruising on their horses, laid-back, with hip-hop music booming. That’s what sparked our interest.”

Sandilands and McNicol flew to Lafayette and began following one particular trail-riding group. One rider, a full head shorter than most of his fellow horsemen, pulled out his phone and began showing footage of his calf-roping to the filmmakers. That rider—Domingue—intrigued them, but a looming deadline forced the film crew to return to Seattle. A few months later, the pair rethought their nascent documentary’s focus.

“We went down for a second trip, and decided to meet with [Kendrick] first,” Sandilands says. “It was just our hunch. We spent maybe 20 minutes with him, watching him roping and talking to him again. And that’s when we decided he was definitely his own story.”

The filmmaking team shot some 15 hours of footage (“Quite a high ratio for a six-minute film,” McNicol admits), culling it down to a compact narrative about the charismatic young calf roper. The mini-documentary became part of a series of Lucid human-interest pieces known as Meet Me Here. The online film series showcases Lucid’s ongoing preoccupation with iconoclastic real-life characters, and also serves as an effective portfolio for potential advertising clients.

For awhile Sandilands and McNicol thought of The Roper as just one of many quality online shorts they’d produced—nothing more, nothing less. But bloggers picked up the film, and it eventually garnered awards for Best Documentary, Best Cinematography, and Best of Show from non-profit advertising support organization The One Club. A suggestion from one of their line producers prompted Lucid to submit the film to Sundance. “We were focused on furthering the concept of Meet Me Here, versus an individual piece getting its own attention and accolades,” Sandilands admits. After considerable legwork from Lucid PR teammate Eli Martin and several last minute calls to Sundance Short Film Programmer Mike Plante, The Roper eventually found its way into one of America’s most prestigious film festivals.

Kendrick Domingue’s story may well have legs beyond a short subject sphere, a notion that Sandilands and McNicol intend to see through in the form of a full-length documentary feature. “WIth Kendrick,” Sandilands says, “it was really tough to stop filming when we did. There’s so much more to him, so much more about him, that it was hard not to add those dimensions into this version of the story. It’s interesting enough to take to a feature length.”

Sandilands and McNicol have also nearly wrapped another feature-length documentary, Uncertain, which follows the history of a small town in Texas called (you guessed it) Uncertain.

“It’s a town that has this heritage of outlaws, and in many ways that heritage is still visible with the characters we were filming,” McNicol says. Like The Roper and many of the company’s other passion projects, Uncertain zeroes in on an unconventional corner of America. It’s a world that McNicol, a transplanted Englishman, finds endlessly fascinating.

“The American South, especially, is so iconic,” he enthuses. “Even after five years here [in America], I still see amazing things.”